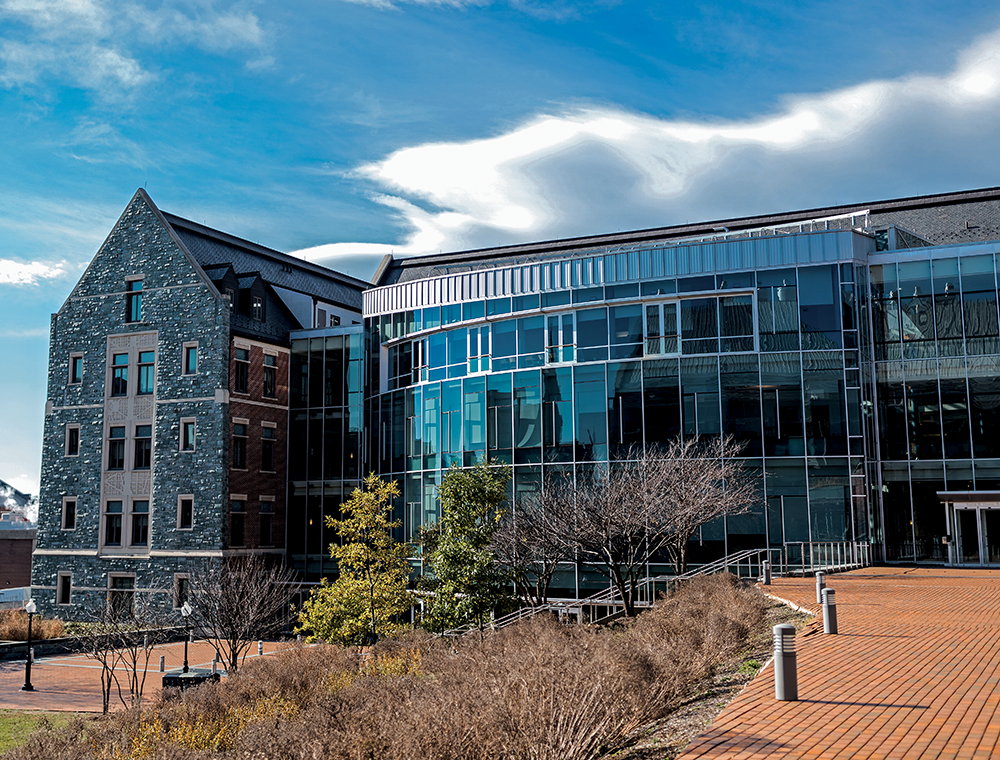 The Georgetown Pivot Program is a fellowship for formerly incarcerated individuals through a one-year transition and re-entry program with a non-credit-bearing certificate in business and entrepreneurship. The program, which began this November, is a partnership between local government and university entities that blends academic work and supported employment..

Pivot Program fellows engage in a full-time program and spend half their time in class and training and the rest in internships. The curriculum focuses on business and entrepreneurial training, general academics and liberal arts courses to develop fellows’ professional skills, according to Pivot Program Academic Director Alyssa Lovegrove.

“The program also lets us give back to the community, in line with Jesuit values, including inclusivity and service,” Lovegrove said in an interview with The Hoya. “This program is also a great way for us to use our network as the business school.”

The program is a collaboration between the McDonough School of Business, Georgetown College, the Georgetown Prisons and Justice Initiative, the Washington, D.C. Department of Employment Services, the Mayor’s Office on Returning Citizen Affairs, and the D.C. Department of Small and Local Business Development.

“[The program] was an evolution and outgrowth of some of the programs that already exist, including the Georgetown Prison Scholars Program,” she said.

The Prison Scholars Program, launched in January 2018, offers courses to incarcerated D.C. residents awaiting trial, serving short sentences or preparing to return to their communities after a longer incarceration period.

However, Lovegrove said employers with knowledge of a candidate’s status as a formerly incarcerated individual may feel less comfortable hiring that candidate, a dilemma the Pivot Program hopes to alleviate.

The Pivot Program is selective, with space for only 20 fellows, though it may expand in the future. The program looks for leadership capability in applicants, given the program’s focus on community-based entrepreneurship, Lovegrove said.

Lovegrove described the pressing need for such a program in the District and the United States more broadly.

“There are more than seven million Americans currently under some form of correctional control, and one in four adults has a criminal record,” Lovegrove said.

The Pivot Program intends to ensure employment readiness and prepare fellows for a variety of futures and outcomes, including long-term employment, entrepreneurship or continuing education, according to the program website.

Lovegrove explained that, with additional resources, the Pivot Program will ideally raise funding and support for the businesses envisioned by the fellows.

“Access to funding and capital would be something we’d look for in the future,” she said.

Lovegrove said she hopes students will become involved in the program.

“We are hoping to find ways for students to get engaged — students could possibly be tutors and mentors to these individuals,” she said.

“We’d like to create a program that can be replicated elsewhere, both here and in other cities,” Lovegrove said.“We’d like to make something other universities can replicate. It would be wonderful to have a program like this elsewhere beyond D.C. in other urban areas.”