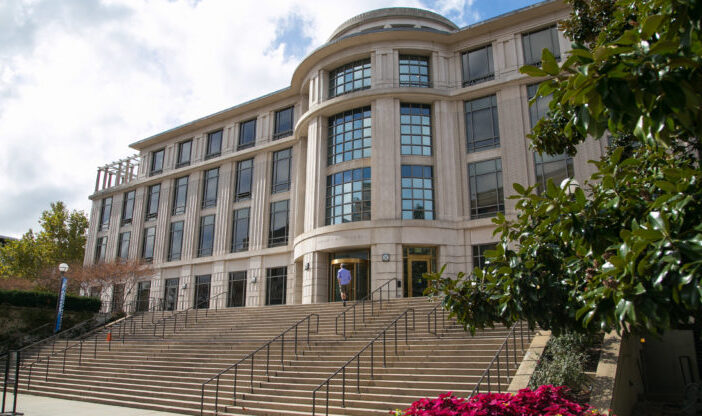 The Nov. 18 announcement came after three other Top 14 law schools — including Yale, Harvard and the University of California, Berkeley — withdrew from the ranking system earlier in the week. By pulling out of the system, the Law Center will stop sharing private data about its spending and post-graduation employment outcomes with U.S. News.

Georgetown Law Dean William Treanor said the school decided to withdraw from the ranking system because the metrics that U.S. News prioritizes do not align with Georgetown Law’s values of holistic evaluation and public service.

“More than any other top law school, we have graduates who go into public interest careers, and we devote resources to making that possible,” Treanor told The Hoya. “We also have a commitment to access — to making sure that students, regardless of need, can come to Georgetown Law. These are really at the core of who we are, and my hope is that over time, U.S. News will come to recognize the value of the core commitments that define us as a law school and as a university.”

Treanor said he disagrees with the way U.S. News prioritizes large endowments and high standardized test scores in its ranking formula, not the principle of ranking itself.

“I think rankings have real value,” Treanor said. “But what’s become clear to me over time is that the U.S. News rankings are very flawed and give bad information to prospective students.”

Chelsea Clayton (LAW ’24) said the U.S. News rankings provided a helpful reference point for her when she applied to law schools, especially as a first-generation law applicant.

“Although the ranking system may be flawed, it can provide valuable information for students when deciding which schools to apply to,” Clayton wrote to The Hoya. “One of the major issues is that law students tend to overvalue the importance of the rankings and rely solely on a school’s status and prestige.”

Treanor said that he had made complaints to U.S. News about its measures of educational quality for nearly a decade, but saw an opportunity to participate in creating systemic change following the withdrawal of peer institutions from the ranking system.

Prior to Georgetown Law’s withdrawal, U.S. News ranked the Law Center No. 14 in its list of “Best Law Schools.” According to Treanor, it is possible that Georgetown Law’s ranking could drop as a result of its decision to withdraw from the rankings, though he does not expect the move to significantly impact admissions and student employment opportunities.

U.S. News plans to continue ranking law schools that have decided to no longer provide internal data through the use of publicly available data, according to a U.S. News spokesperson, who directed The Hoya to a Nov. 17 statement.

“U.S. News has a responsibility to prospective students to provide comparative information that allows them to assess these institutions,” Robert Morse, the chief data strategist at U.S. News, wrote in the statement.

Treanor said he spoke with university leadership, members of the Law Center’s Board of Trustees, faculty, alumni leadership and students before announcing the withdrawal. The decision has received widespread support from members of the Georgetown community.

Clayton said she supports the law schools that have withdrawn from the U.S. News rankings, including Georgetown, but she is less certain of the trend’s potential impact.

“I genuinely hope that law schools are committed to looking at students more holistically and increasing the socioeconomic diversity of law students,” Clayton wrote. “However, I am unsure if this new movement will substantially impact the unhealthy reliance on rank and prestige amongst law schools, especially when these law schools have already benefited from decades of sitting in the hallowed group known as the ‘T14.’”

Treanor said he can see Georgetown Law returning to the ranking system in the future if U.S. News implements several changes, including removing the metric of spending per student, acknowledging the Law Center’s fellowships as full-time jobs and factoring in loan forgiveness when measuring student debt.

“If the U.S. News system were to be reformed in a way that makes a real measure of educational quality and preparation for the bar, I would certainly be open to going back to the ranking system,” Treanor said.

CORRECTION: This article was updated Dec. 2 to reflect that Georgetown Law was the fourth school to withdraw from the U.S. News rankings.