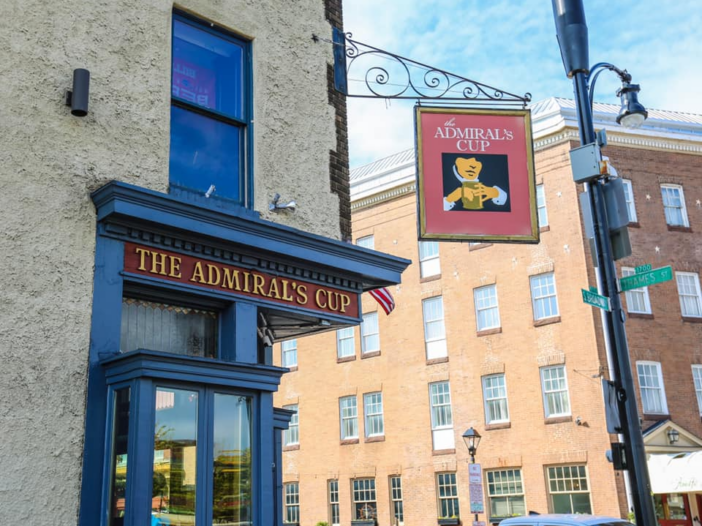 CW: This article discusses gun violence. Please refer to the end of the article for on- and off-campus resources.

When Patrick Chua (MED ’23) visited a Baltimore, Md., bar to celebrate the beginning of his third year of medical school, he didn’t expect to be administering crucial medical aid to two shooting victims.

Just after midnight on June 6, two men in their mid-20s sustained gunshot wounds near the Admiral’s Cup bar in Baltimore, where Chua and his friends were gathered to commemorate completing the first week of their third year at the Georgetown University School of Medicine.

After hearing the initial gunshots, Chua said the exit to the bar was blocked by a large crowd of people. Realizing there likely were victims in need of help, Chua exited the building through a ground-floor window.

“The first thing that I’m thinking is that I’m kind of freaking out a little bit, but more than that I was thinking that I didn’t want to mess it up,” Chua said in a Zoom interview with The Hoya.

While applying pressure to the bullet wounds, other bystanders joined to help administer aid, according to Chua.

“At this point there’s like five of us taking care of those two people. From this point forward we were basically just holding pressure until the EMTs got there,” Chua said.

After the shooting, first responders delivered both victims to a Baltimore hospital with non-life-threatening injuries. These two individuals were not the only gunshot victims in Baltimore that night. Just a few blocks away from the Admiral’s Cup, another victim was shot near Hollins Market; this individual was also declared to be in stable condition as of June 6.

Daniel Popovsky (MED ’23), who was celebrating at the Admiral’s Cup with Chua, said he did not initially hear the gunshots and only realized there was a shooting after Chua returned inside.

“Ten to fifteen minutes later, we see Patrick coming back. He’s covered in blood. So, we didn’t know what was going on. We thought he was in a fight. Then, one of our friends picks up on the fact that there was a shooting,” Popovsky said in a phone interview with The Hoya.

Chua’s actions were heroic in a dire situation, according to Popovsky.

“At the time, you saw hundreds of people running away, while Patrick was running towards the scene. It speaks to the kind of person he is. Some people run away from the fire, and some people run towards it,” Popovsky said.

Chua did not enter college expecting to pursue a career in medicine; he initially attended Ivy Tech Community College in Lawrenceburg, Ind., before entering into the U.S. Army for four years.

“I wasn’t the best at my combat job. But I excelled in combat first aid, so then I started thinking, I want to go into something medical,” Chua said. “But my grades were so poor before that I didn’t think that a career rooted in academic pedigree would be a possibility.”

After completing his enlistment, Chua said he enrolled at a community college in Santa Monica, Calif., before transferring to UCLA to complete his undergraduate degree.

“I was thinking, why don’t I just shoot for the stars? If I miss, I will land on the moon,” Chua said. “So I started heading towards that direction and started taking five classes. I hit a few speed bumps on the way, but one thing led to another and then I wound up at Georgetown Med.”

Chua’s actions speak to his incredible merit as a person and aspiring medical professional, according to Popovsky.

“As someone who didn’t know Patrick that well before this incident, not only was it shocking, it was inspiring,” Popovsky said.

For Georgetown School of Medicine professor Nancy Barr, who has been a resource for Chua in the aftermath of the shooting, Chua is a symbol of hope that there are good people in the world.

“I have no doubt that he will be a tremendous physician who will continue to use his natural instinct to help others,” Barr wrote in an email to The Hoya.