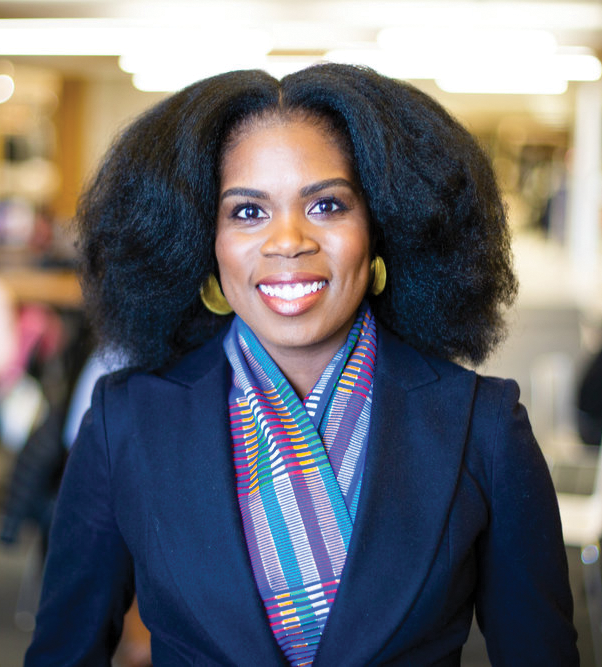 The university announced the creation of the Office of Student Equity and Inclusion as well as the appointment of its associate vice president for student equity and inclusion to improve resources for first-generation and minority students on campus.

The OSEI will oversee the Georgetown Scholars Program, the Community Scholars Program and the Center for Multicultural Equity and Access, each of which seeks to serve students of color and first-generation college students, according to an email sent by Provost Robert Groves to the campus community May 9.

Dr. Adanna Johnson, currently the senior associate dean of students and director of diversity, equity and student success, will lead the OSEI as associate vice president for student equity and inclusion, as announced in Groves’ email.

Although GSP, CSP and CMEA will retain their own identities under the OSEI, the new office will improve GSP students’ college experiences by allowing similar programs to share resources and expand the variety of their programming, according to GSP Program Director Missy Foy.

“This is a really positive move for GSP, in my opinion,” Foy wrote in an email to The Hoya.
“We are already close partners with Community Scholars, for example, so it makes sense for us to sit under the same umbrella.  We can minimize redundancies and thereby maximize the resources we can put towards the work.”

While many Georgetown University organizations already seek to promote inclusion and equity on campus, the OSEI will unite different sectors of the university to improve the efficiency of funding and increase collaboration across the organizations, according to Johnson.

“The hope is that minority students, first generation students and others will have a more enriching college experience,” Johnson wrote in an email to The Hoya. “With stronger alignment across units and departments, there will be more of an opportunity to have awareness of and access to resources that facilitate thriving in college.”

Johnson, who joined the Georgetown community in the summer of 2018, supervised CMEA and convened universitywide councils addressing issues of diversity and student access and success. Johnson came to Georgetown after serving as an associate professor of psychology and the director of the African and African American studies program at Loyola University Maryland.

After observing the work of various departments on campus, including Student Affairs, the Office of the Provost, Student Financial Services and the Center for Social Justice Research, Teaching and Service, Johnson has seen firsthand how the university is especially committed to the initiatives of the OSEI, she wrote.

“From the moment I stepped onto campus, I noticed a deep level of commitment to enhancing diversity, equity, and inclusion at Georgetown–a level that I had not seen at other traditionally White institutions,” Johnson wrote.

The ABAA initiated a “whole-institution approach,” which emphasizes the Georgetown community’s dedication to equity across campus, according to Wisler and Low.

“Equity is not a one person or one unit responsibility,” Wisler and Low wrote in an email to the Hoya. “As an institution committed to Jesuit higher education, each member of our community must engage issues of inclusion, access, and affordability across all facets of University life. The ultimate goal of a whole institution approach is for each person to recognize their implicated role in building a more equitable Georgetown.”

Minority and first-generation college students are frequently responsible for changing the university culture around equity and inclusion, but this task should fall to the entire Georgetown community, according to Wisler and Low.

“So often, low-income and/or first generation college students (especially those of color) are faced with the burden of educating those around them about their experiences,” Wisler and Low wrote. “Change is not a burden for low-income and first generation students to bear, but a responsibility of each individual in our community.”

This article was updated on 05/16 to reflect the correct spelling of Dr. Andria Wisler’s name.