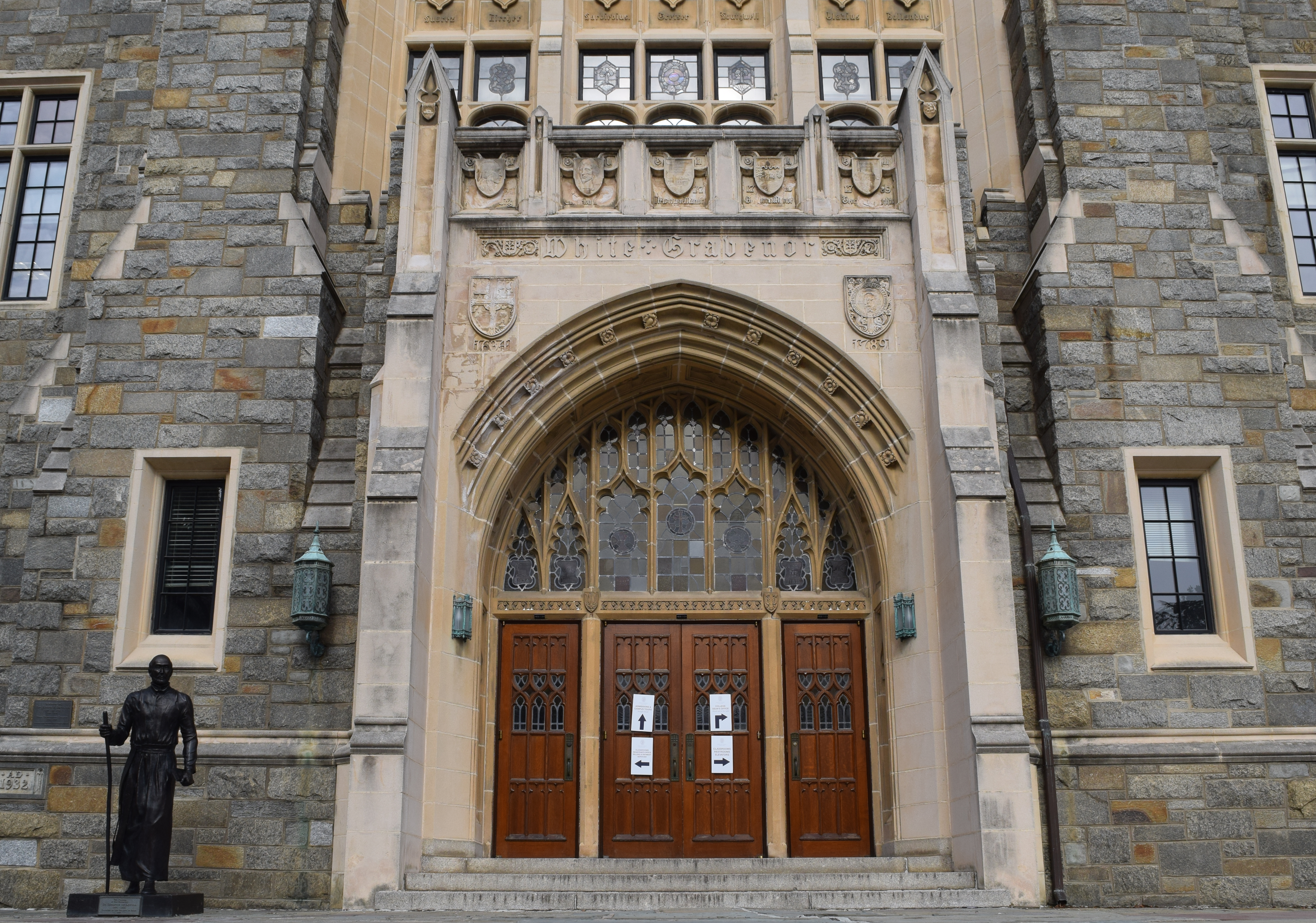 A former Georgetown tennis coach was charged with accepting bribes from parents to secure their children’s college admission in an indictment involving eight U.S. universities Tuesday.

Gordon Ernst falsely designated at least 12 applicants, including those who did not play tennis competitively, as recruits for the Georgetown tennis team, according to the March 12 indictment. Ernst was the head coach of Georgetown’s men’s and women’s tennis teams from 2006 until December 2017, departing the university by January 2018.

Among the 12 defendants indicted for accepting bribes are athletic coaches from Yale University, Stanford University and the University of Southern California, among others.

The Department of Justice brought charges against 50 defendants in total, including parents of university students. While administrators of college entrance exams are implicated, no students or universities were charged.

Among the 30 parents charged are Elizabeth and Manuel Henriquez, Stephen Semprevivo, Elisabeth Kimmel, and Douglas Hodge, all of whom have or had children at Georgetown University between 2013 and 2019.

Parents paid a fraudulent test proctor to supervise the SAT and falsified athletic records and admissions essays, according to the charges. None of the four accepted students played tennis competitively in high school.

The DOJ alleges Ernst received more than $2.7 million in bribes between 2012 and 2018, which he described as consulting fees, in documents released Tuesday.

Georgetown, which found Ernst had violated admissions policies in an internal investigation before he stopped coaching the tennis team in 2017, expressed its disapproval of his conduct following DOJ charges published Tuesday.

“Georgetown University is deeply disappointed to learn that former Tennis Coach Gordon Ernst is alleged to have committed criminal acts against the University that constitute an unprecedented breach of trust,” university spokesperson Meghan Dubyak wrote in a statement to The Hoya. “Georgetown cooperated fully with the government’s investigation. We are reviewing the details of the indictment and will take appropriate action.”

There is no indication other Georgetown officials were involved in the scheme, according to the Tuesday email. The university has taken new measures to mitigate fraud for candidates applying through the athletics channel, including audits to determine whether recruited student-athletes appear on rosters.

The university was unaware of Ernst’s acceptance of bribes until it was contacted by the U.S. Attorney’s Office following his departure from Georgetown, Vice President and General Counsel Lisa Brown and Vice President and Senior Advisor to the President Erik Smulson wrote in a Tuesday email to the campus community.

Georgetown’s Dean of Undergraduate Admissions Charles Deacon (CAS ’64, GRD ’69) referred all requests for comment to the university statement. Ernst had not responded to a request for comment as of press time.

Ernst was charged with racketeering conspiracy and ordered by the Department of Justice to forfeit over $2.7 million, a home in Chevy Chase, Md., his Chevy Chase country club membership and a financial account.

William Singer, who played a prominent role in the nationwide bribery scheme, used his company, Edge College & Career Network, as an intermediary between university officials and parents to give their children an advantage. Parents gave donations to Singer’s nonprofit foundation to mask the bribery, according to the indictment. Between 2011 and 2019, Singer took in $25 million from parents.

The indictment was the largest concerning fraud in the college application process, according to Andrew Lelling, a U.S. attorney in Boston who helped prosecute the case.