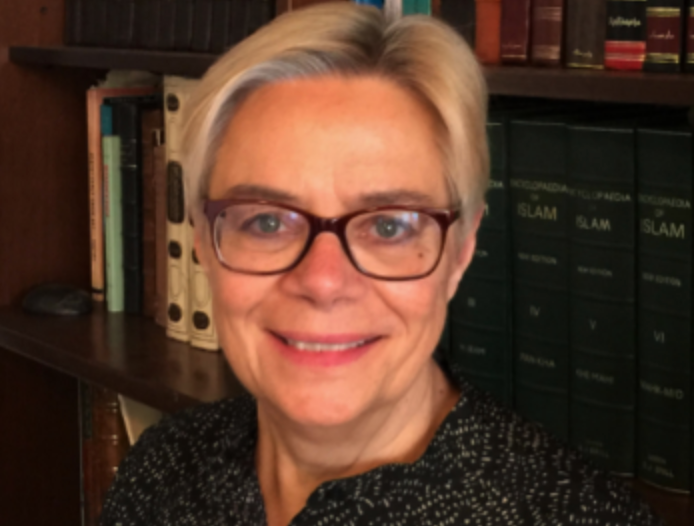 A Georgetown University professor has received a prestigious honor for her work in the field of classical Arabic poetry.

Suzanne Stetkevych, Sultan Qaboos bin Said Professor of Arabic and Islamic Studies in the department of Arabic and Islamic studies, was named a 2022 King Faisal Prize laureate for Arabic language and literature by the King Faisal Foundation, which aims to benefit the field of Islamic studies. Stetkevych will be formally recognized in Riyadh, Saudi Arabia, in March 2022.

This year’s King Faisal Prize specifically focused on works of Arabic literature in English, which is where Stetkevych’s expertise and experience lies.

“All of my work has been in classical Arabic poetry for many years now, so that’s primarily what they’re looking at,” Stetkevych said in an interview with The Hoya. “I have publications in Arabic, as well as in English, that are fairly well known in the Arab world.”

Stetkevych was honored because of her ability to connect Arabic studies to a wide range of concentrations, according to Abdulaziz Alsebail, secretary general of the King Faisal Prize.

“Her research approach is renowned for its solid theoretical base and its application of varied methodologies drawn from anthropology, literary theory, structuralism, post-structuralism, folklore studies and the history of religions,” Alsebail wrote to The Hoya. “This approach resulted in the renewal of the critical perspective and methods of studying Classical Arabic ode culminating in the establishing of a distinguished and distinct school in the study of Arabic literature.”

Her extensive work in the field includes looking at ritual patterns and applying ideas from other topics, such as mythology, comparative religions and poetry, Stetkevych said. She has published research and poetry collections in both Arabic and English.

“While Prof. Stetkevych has been a leader in the field of classical Arabic studies for many years now it is not just because of her pathbreaking scholarship,” Colla wrote to The Hoya. “She has been a tireless teacher, mentor, and colleague. Her generosity is well known by anyone who has studied with her or worked with her. I can’t think of a better person to receive such an important award.

The King Faisal Foundation presents awards in five categories: service to Islam, Islamic studies, Arabic language and literature, medicine and science. Eligibility requirements for the Arabic language and literature award include publishing an original work on the announced topic of the prize, having knowledge of the subject and meeting at least one criteria set forth by the selection committee.

Reflected in the King Faisal Foundation is an increasing global interest in Arabic literature, as well as other Islamic studies in the humanities, according to Stetkevych.

“There’s an interest now, especially with the King Faisal Foundation, in encouraging the Arab Islamic world on one side, but also the broader world and Western world and others to build more bridges and to engage with each other much more in the fields of humanities,” Stetkevych told The Hoya. “With the idea that this is kind of the basis for what I would call civilized human exchange. Cultural exchange is really a foundation for human interaction.”

Prior to 2022, only one American scholar had received the Arabic language and literature award. This year, Stetkevych is being honored for the award alongside Muhsin Al-Musawi of Columbia University. Stetkevych is the first woman to receive the award since 1994.

Stetkevych is a revolutionary force in the field of Arabic poetry because she analyzes texts in their original, performative context, according to Colla.

“Prof. Stetkevych is that rare scholar who doesn’t merely work within a field, but creates a new one in the process. Before Stetkevych, it was common for scholars to approach classical Arabic poetry as a collection of beautiful lines, each one worthy of admiration in its own right,” Colla wrote. “Drawing upon anthropology and performance studies, Prof. Stetkevych pioneered a method for seeing poems not as a collection of lines but as coherent, integrated works.”

Stetkevych, who spent time in Arab regions throughout her career, believes that Arabic poetry is something that can be appreciated by everyone.

“This is a literature that’s part of the universal human heritage,” Stetkevych said. “Therefore, it is open for anyone to study and anyone to contribute to.”