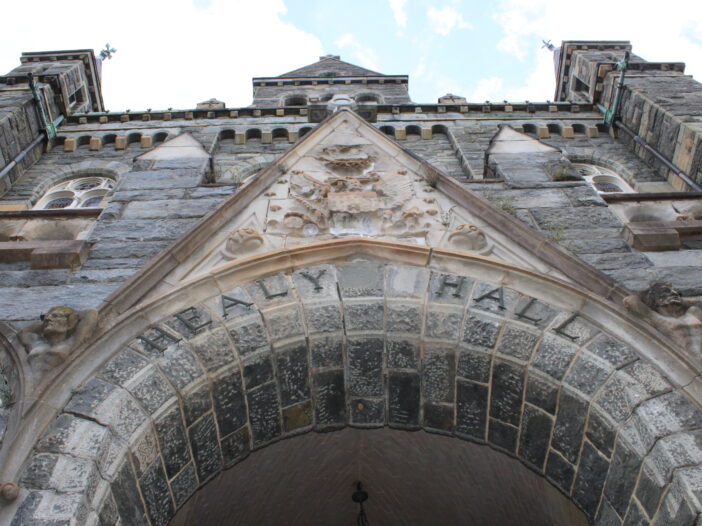 Georgetown University reaffirmed its support of the Deferred Action for Childhood Arrivals (DACA) program and the importance of protecting undocumented students.

In an Aug. 26 statement, University President John J. DeGioia (CAS ’79, GRD ’95) voiced the university’s support for efforts by the Biden Administration to codify and continue the DACA program. DeGioia’s statement follows a new Department of Homeland Security (DHS) regulation that strengthens DACA by preserving the right of eligible noncitizens who arrived via irregular migration in the United States as children, also referred to as “Dreamers,” to remain in the country.

A university spokesperson directed The Hoya to a statement published on the Georgetown University website that says the regulation arose in response to conservative Supreme Court justices’ attempts to rule the DACA program unconstitutional.

“The new federal regulation aims to protect the DACA program from ongoing legal challenges, most recently from a U.S. District Court judge, who ruled DACA ‘unlawful’ in July 2021 and blocked new applicants to the program,” the statement reads. “The DHS regulation, which will go into effect on Oct. 31, 2022, retains the existing DACA policy that the Obama Administration first outlined with minor changes. The freeze on new applications is still in place.”

The university stands in support of the DHS rule and encourages further measures to codify DACA and safeguard the rights of Dreamers, according to DeGioia.

“We welcome all efforts to protect the DACA program, including the Administration’s action yesterday, and we will continue to advocate for permanent protections and for expanding the DACA eligibility criteria for these young people and adults who have contributed so much to our campus and to our nation,” DeGioia wrote in the Aug. 26 statement.

The DACA policy has helped more than 700,000 young adults since 2012 by temporarily protecting them from deportation and authorizing them to work in the United States. More than 1.3 million DACA-eligible Dreamers currently live in the United States. DACA recipients must pass an extensive background check as a part of the application process and must renew their application every two years to remain in the program.

The university has historically endorsed DACA, as Georgetown joined 20 other universities in a December 2021 amicus brief to the U.S. Court of Appeals calling for the reversal of a Texas federal judge’s injunction of the program. The contributions that Dreamer students provide to the Georgetown community are commonly emphasized in the university’s statements on DACA.

Abel Cruz Flores (GRD ’21), a DACA recipient who came to the United States at the age of 15, received his Ph.D. from Georgetown as a result of these protections. He said the next step for policymakers is to pass permanent legislative solutions to prevent further judicial challenges of the program.

“The DACA policy implemented in 2012 gave me the opportunity to pursue higher education and ultimately become a professor in 2021,” Cruz Flores wrote to The Hoya. “The ruling of the Supreme Court in favor of DACA on June 18, 2020 legitimated our efforts to live and work in the only place we call home without fear of deportation. Now we must strive for a system that keeps the premises of DACA as we know it for future generations to come.”

Georgetown provides undocumented students with legal, financial and emotional support  through Undocumented Student Services (USS), according to the program’s associate director Jennifer Crewalk, who directed The Hoya to a USS informational handout.

As federal legislative discussions surrounding the future of DACA continue at the federal level, DeGioia said Georgetown recognizes the program’s importance to the lives of many Hoyas and will continue to fight for its enforcement.

“The Deferred Action for Childhood Arrivals (DACA) program has provided important protections for many Georgetown students over the past decade,” DeGioia wrote in the Aug. 26 statement. “These young people are integral members of our community, and we remain deeply committed to ensuring they are supported as they pursue their education here at Georgetown and as members of our alumni community.”