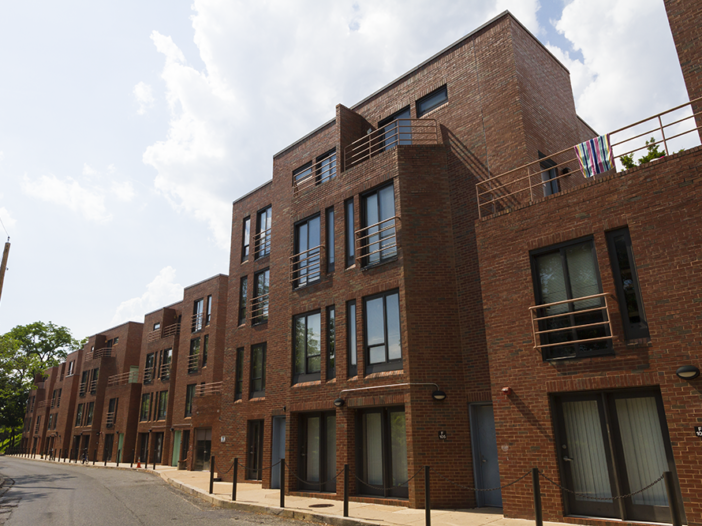 Hundreds of Georgetown University students have been denied on-campus housing for the fall semester, with some being rejected despite living in insecure home conditions, according to students familiar with the housing selection process.

In light of the rejections, many students have begun to question Georgetown’s housing selection procedures, criticizing the administration’s decision to reserve hundreds of residential spaces for freshmen before accounting for more vulnerable students.

University administrators announced July 6 that Georgetown would house approximately 2,000 students on campus in the fall, including all freshmen and select upperclassmen. Freshmen and students granted on-campus housing during the spring or summer semesters were automatically granted a residential space on campus.

Upperclassmen not living on campus and experiencing complicated living situations had to apply for a limited number of on-campus spaces, according to Vice President for Student Affairs Todd Olson. To apply for on-campus housing, these students had to complete the “Fall 2020 Georgetown Housing Stability Application” and detail why they needed or deserved a campus spot by July 10.

A committee of university staff and administrators responsible for evaluating the applications began informing students of housing decisions July 13, one week after the housing applications were originally sent to students.

More than 500 students applied for only 150 available unreserved housing slots, according to an email from an administrator involved with the evaluation of housing applications obtained by The Hoya.

Several students who had their campus housing applications denied spoke with The Hoya about the confusion, frustration and anxiety surrounding their rejections.

One LGBTQ Georgetown student, who preferred to remain anonymous and will be referred to as Jordan to protect their identity, applied to live on campus to escape the homophobia they encounter at home.

“I am not out to my family so I am not in any direct physical harm because they are not aware of my identity. However, I can not even begin to accurately describe the mental toll this takes on me having to constantly put on a performance of someone that just is not me, second guessing every move I make, the words I say, and the things I do,” Jordan wrote in an email to The Hoya. “I do not feel comfortable at home and it directly impacts my academics, particularly my participation and capacity to complete class work.”

Jordan believes administrators rejected their housing request because they did not delve into the trauma of their experience in their application.

“I did not think that I would have to sell Georgetown my experiences but simply share the context of my situation with as much detail as I felt comfortable,” Jordan wrote. “I think if I gave more personal anecdotes and treated the application like the college admission process it basically was, my application would have been accepted.”

Forced to search for other housing alternatives away from home, Jordan worries that they may be left stuck and alone in their house, nagged by constant insecurity.

“I do not think I will be able to deal with my personal struggles at home as well as my academics in the context of a pandemic for the entirety of the semester,” Jordan wrote. “Especially since my personal struggles directly impacted my academics during the small portion of the spring semester that I was home. The thought alone of having to deal with this for a whole semester is daunting.”

Jordan is not the only LGBTQ student with an unstable living situation to be denied on-campus housing for the fall. Siena Hohne (COL ’22), the former president of GU Pride, has received numerous, similar reports from other members of Georgetown’s LGBTQ community.

“There is a student who has mental health issues, and they’ve faced homophobia, transphobia and racism all while at home, and they outlined this in their appeal and Georgetown still rejected them,” Hohne said in a phone interview with The Hoya. “There are multiple situations like that.”

GU Pride has contacted administrators with its concerns and gathered testimonials from students who had their housing applications rejected in an attempt to persuade the administration to accommodate more vulnerable students.

“My dad is currently unemployed and my mom is unsure as to how long she will be able to work full time,” one anonymous sophomore wrote. “She is currently working at home, but her job is planning on reopening soon, which worries my family and I a lot because my 92 year old immunocompromised grandmother is living with us right now.”

Another student testified that they were denied on-campus housing despite living in an emotionally abusive household.

“My home is an emotionally abusive space that often triggers me toward being a danger to myself. It’s hard enough surviving the day to day when I’m living at home, and usually for me coping is hiding away and shutting down,” the anonymous senior wrote in a testimonial. “By denying me, Georgetown is throwing me into the fire, forcing me to carry a double burden and just hope it works out at a time where it feels like everything is on the line when it comes to preparing for my post-grad next steps.”

The university has also denied on-campus housing to some international students.

Anika Venkatesh (SFS ’22) managed to return to her home city of Mumbai after the university transitioned to online learning in March. Living 9½ hours ahead of Eastern time, Venkatesh spent the remainder of the spring semester tuning into Zoom discussions after midnight, sometimes struggling with spotty internet and sporadic power outages in her neighborhood.

“It was unsustainable to be high-performing and continue in that environment for the fall as well,” Venkatesh said in a Zoom interview with The Hoya.

Venkatesh was not given a reason for her housing application rejection, she says.

Olivia Chuang (SFS ’23) has encountered similar difficulties. Chuang spent the final months of the spring semester with her mother at their home in Singapore. Aside from having to tune into lectures and complete assignments after midnight, as Singapore is 12 hours ahead of Eastern time, Chuang spent most of her time alone.

“On top of the added stress of the coronavirus, I had a super irregular sleep schedule, was alone in my house 85% of the time (the only other person in my household during this time was my mom who is an essential worker and was working 12 hour days), and most of my support system was in the EDT time zone,” Chuang wrote in an email to The Hoya.

In an attempt to avoid another stressful and sleep-deprived semester, Chuang applied for on-campus housing but was rejected with no explanation.

Students who were denied on-campus housing could appeal their decision if the applicant felt as if their “circumstances had changed materially” since they submitted the application. Given this wording, Chuang and Jordan decided not to appeal their case.

Both Chuang and Venkatesh, who both carry US passports, also receive financial aid. Because neither one will be able to live on campus in the fall, they are unsure what kind of financial support they will receive. Chuang has even considered becoming a part-time student and finding a job in her city.

The university has said it will offer a “modest living allowance” to students requiring financial assistance who live off campus as a part of their fall plan, but administrators have not disclosed more details about the program. The university has published financial aid information for transfer students and freshmen and expects to publish financial aid information for other students by July 31 through MyAccess, according to Patricia McWade, dean of student financial services.

The university reiterated that it has prioritized first-year students and students “whose personal or family situation makes it impossible or impractical to complete their studies at their permanent address” for on-campus housing in response to inquiries from The Hoya.

The university has not confirmed how many spots were made available to students who applied for on-campus housing and did not confirm details about how many students were rejected. The university also did not indicate if it would reevaluate its criteria or consider giving other students priority over freshmen.

“Unfortunately, limited capacity on campus required us to make difficult decisions. We unfortunately could not accept all students,” a university spokesperson wrote in an email to The Hoya. “We read these applications with great care and with an appreciation for the information they shared with us. We know that it is difficult to share such deeply personal information, and we recognize that many of our students face significant challenges at home.”

Students who spoke with The Hoya expressed deep frustration with the fact that freshmen, many of whom may not have complicated situations at home, are receiving housing priority over more vulnerable students.

“Unconditionally allowing freshmen a spot on campus without even knowing who is in the most dire need of housing was not a decision that was made in the best interest of Georgetown students or even the incoming class,” Jordan wrote. “That is unacceptable, especially in the context of a public health crisis.”

UPDATE (8/3/20): On the evening of July 17, Residential Living emailed Jordan a move-in time for the fall semester, despite having rejected their on-campus housing application days earlier. After emailing Residential Living about the mishap, Jordan was notified that their application was approved, but they were given no explanation for their original rejection.