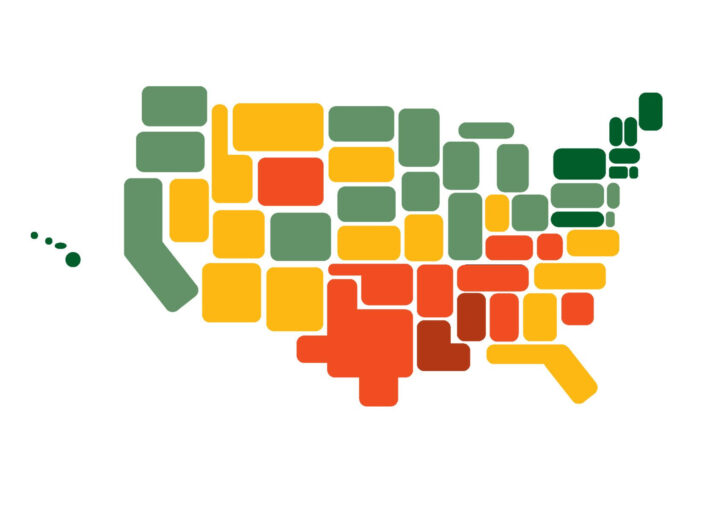 Women in the United States vary significantly in terms of well-being depending on the state they live in and their racial identity, according to a study released by Georgetown University’s Institute for Women, Peace and Security on Oct. 8.

The U.S. Women, Peace and Security Index explores how women’s rights and opportunities vary by state and provides an overall ranking based on 12 indicators of women’s status related to inclusion, security and justice. Among these indicators are representation in the state legislature, experienced intimate partner violence and affordability of health care.

The report provides key insights on the seen and unseen issues U.S. women are currently facing, according to Elena Ortiz (SFS ’21), the main research assistant for the report.

“We hope that this index provides kind of a data impetus and hard evidence of why and where women’s well-being is lacking and where the blind spots are,” Ortiz said in an interview with The Hoya. “It really exposes the blind spots and really places an urgent call on leaders to address these gaps, whether it be in terms of average women’s well-being across states or whether it’s racial disparities within states or across regions — whatever it may be.”

Despite laying out stark gender and racial injustices, the report also found the majority of Americans support gender equality. A survey from the report found four in five adults believe it is important for elected officials to work on issues affecting gender equality, and two in three adults believe the country would be better off with more women in political office.

Although many people recognize that inequities exist, the data measuring these disparities can still be surprising, according to Jeni Klugman, lead author of the report and Managing Director of GIWPS.

“One’s aware that there’s gaps, but when you see them quantified in those ways, it really is quite striking,” Klugman said in an interview with The Hoya. “I knew there were disparities; I didn’t realize that they were going to be so large.”

States that received higher marks in the rankings, however, still have areas where they need to improve, according to Ortiz.

“We found that across the twelve indicators, only one state in the nation does well, or scores in the top two quintiles across all twelve indicators, and that’s New Hampshire,” Ortiz said. “So that tells us that even states that rank really highly still have work to do and still have key blindspots in terms of women’s well-being.”

Now that the report is published, researchers hope the findings can better inform conversations around women’s well-being and lead to effective legislation, according to Klugman.

“We’re hoping to inform people. There’s a lot of implications here for the policy agenda, both at the state level but also at the federal level,” Klugman said. “I think it’s important to be informed about real outcomes on the ground to inform conversations for people. So I think that having facts and figures can help with that.”

Although the full report is 79 pages long, GIWPS partnered with National Geographic to release a condensed version of the report that highlights many of the key findings.

Overall, the report provides an excellent benchmark for future studies around women’s equality issues in the United States, according to Irene Berman-Vaporis, a National Geographic journalist who worked with GIWPS to publish the study.

“It really gave you a starting point to see, okay, this is what data there is so far and hopefully there’ll be better data in the future that would help us do an even more in-depth look,” Berman-Vaporis said in an interview with The Hoya. “This is really such an important topic that it’s great as a starting point and hopefully five years from now, ten years from now, there’ll be even richer information than we currently know.”