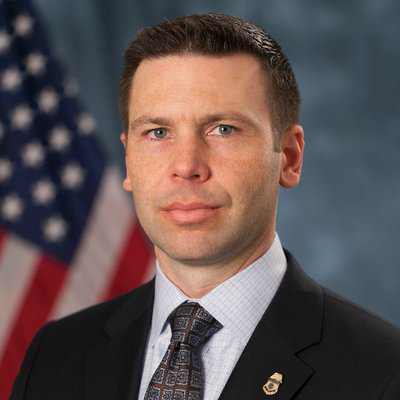 Georgetown University joined 18 other colleges and universities in filing an amicus brief to the Supreme Court on Oct. 7 in support of the Deferred Action for Childhood Arrivals program.

The brief highlights the contributions and perspectives that DACA recipients bring to the university’s campus and includes the stories of three Georgetown students without documentation. In filing the document, Georgetown recognized that the university itself is not a party in the lawsuit but an institution with great interest and insightful information relevant to the case.

President Donald Trump’s administration announced in September 2017 that it will be ending DACA, prompting over ten lawsuits, including those from the National Association for the Advancement of Colored People and the Regents of the University of California, arguing that the termination of the program was unlawful. On Oct. 9, Trump called upon the Supreme Court to review and rescind DACA, stating that he would work on a bipartisan deal instead if the policy is repealed by the court.

Hoyas for Immigrant Rights, a student organization that advocates for immigrant students on and off campus, is deeply concerned with the implications of overturning DACA, according to HFIR President Arisaid Gonzalez Porras (COL ’21).

“The court’s ruling will affect the future of 800,000 people and everyone surrounding them,” Gonzalez wrote in an email to The Hoya. “If the Supreme Court doesn’t uphold the lower courts’ decisions to block Trump’s attempts to kill DACA, everyone will lose their work authorization and protection from deportation.”

DACA, introduced by former President Barack Obama in 2012, provides immigrants without documentation who arrived in the country before the age of 16 with rights and protections, including eligibility for work permits and renewable protection from deportation.

The brief, signed by 19 colleges and universities, highlights that many DACA recipients are gifted and motivated students. The document also details some of the negative effects that rescinding DACA could have on society, discussing these implications by evaluating how these students will contribute to society through their aspirations and future career paths.

Georgetown student and DACA recipient Juan Jose Martinez Guevara (SFS ’20), one of the three DACA recipients included in Georgetown’s comments in the brief, elaborated on his dream to pursue a career in public service.

“Work for government – to help achieve what is best for America in the world and to help make the world a safer place,” Guevara wrote in the brief.

Students without documentation face anxiety and injustice in fear of a DACA repeal, scared not only for their own safety but also for that of their families, according to Gonzalez.

“DACA recipients that have not yet graduated, will not be able to enter their career field without their employment authorization,” Gonzalez wrote. “But the biggest risk of them all, is that the government has all of the information of DACA recipients, including their families. It’s being a red dot on their radar and if the program ends, what stops them from starting deportations?”

This amicus brief is not the first time Georgetown has expressed public support for the DACA program and its recipients. In October 2017, University President John J. DeGioia (CAS ’79, GRD ’95) and other university presidents urged Congress to pass the Dream Act, legislation that would grant residency status to many minors who are currently part of DACA.

Georgetown will continue making resources available to students without documentation at the university, according to Arelis Palacios, associate director for undocumented student services.

“Whether it be free legal services through our partnership with Catholic Charities Immigration Legal Services or on-campus advising, we remain fully dedicated to supporting our undocumented students and the unique challenges they face,” Palacios wrote in an email to The Hoya.