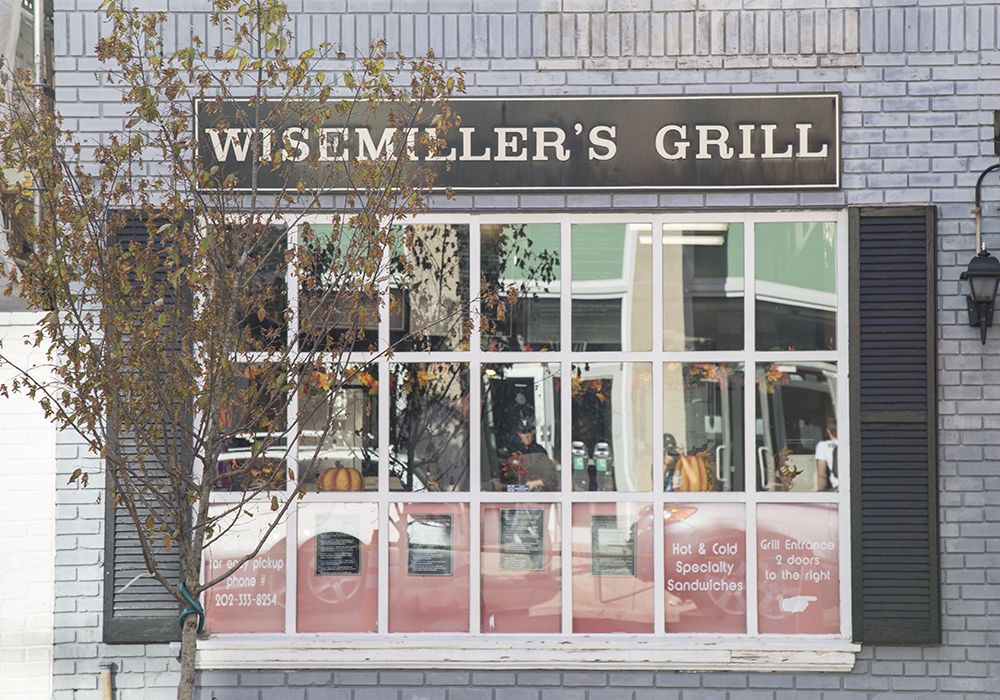 Georgetown University students and other local patrons helped raise over $26,000 to support Wisemiller’s Grocery and Deli, a beloved local eatery struggling to stay afloat during the national economic slowdown.

With the majority of the student body absent from campus, Wisey’s has seen business drop to 20% of their usual patronship. The shop has been serving members of the Georgetown community from its 36th Street storefront since 1953.

The sudden drop in customers and revenue led to the launching of a GoFundMe campaign, according to Gina Vogel, Wisey’s owner.

“Suddenly we were plunged into our worst time of the year,” Vogel said in a phone interview with The Hoya. “We were trying to figure out what we could do, and what hit us was an idea sort of born of hope and belief in the relationship between the Wisemiller’s staff and our customers. Why not try a GoFundMe page and hope that our neighbors and customers and former customers would chip in there to help us make it through?”

After the fundraiser was shared by members of the Georgetown community, donations began to pour in, quickly exceeding the original goal of $20,000. Notable Georgetown graduates with large followings on Twitter shared the link on their feeds, including Dan Pfeiffer (COL ’98), a former senior adviser to President Barack Obama and a co-host of the popular political podcast “Pod Save America.”

Wisey’s delicious food made the restaurant a memorable part of the Georgetown student experience, according to Pfeiffer.

“Like so many others that went to Georgetown, Wisey’s was part of my routine. I can’t even estimate how many Burger and Chicken Madness I ate over the four years. When I was living in DC post-college, it’s the place all my college friends wanted to go when they came to visit,” Pfeiffer wrote in a message to The Hoya. “I would trade a kidney right now for a Burger Madness.”

Wisey’s affordability makes it an accessible food option for Georgetown students, especially in a neighborhood known for expensive restaurants, according to Ella Petreski (COL ’23), a weekly customer at the deli who contributed to the fundraiser.

“Most places in Georgetown are overly expensive, making it hard for people to go there with friends to hang out or eat,” Petreski wrote in a message to The Hoya. “Wisey’s makes it easy for students to grab something quick and affordable, especially for students with busy schedules. GU doesn’t have the most accessible dining hall as well, and many students don’t have a meal plan, so Wisey’s is key for them to grab a quick lunch or breakfast.”

Wisey’s is not the only neighborhood institution that has lost business as a result of the COVID-19 pandemic. Carole Sargent, director of the Office of Scholarly Publications at Georgetown, started a fundraiser to support the baristas at Saxbys, a popular coffee shop on 35th Street.

If community members contributed their weekly coffee budget, they would be helping Saxbys employees get through the financial hardship of the pandemic, according to Sargent.

“If we could get 400 people that would just put in $12 a week, that would actually close the gap between what those employees are getting on unemployment and what they were making,” Sargent said in a Zoom interview with The Hoya. “This whole pandemic is hitting hardest for people who work behind the counter.”

Ensuring that employees and their families can get through the pandemic unscathed was a major motivation for starting Wisey’s GoFundMe, according to Vogel.

“My responsibility is to preserve Wisemiller’s, to protect our employees and their families,” Vogel said. “I’m trying to take care of my people, you know. I’m responsible for fourteen families, and everybody needs to and wants to work.”

Supporting local Georgetown businesses like Wisey’s through these difficult times is important, not only because of the services they provide but for their connections with the student body and community, according to Petreski.

“I had a very long evening class that ended at 6, and would go to Wisey’s during a quick break to grab something to eat. Almost everyone in my class did. The people that work there are also very nice and I see some students that know them very well as they have probably been regulars for a few years,” Petreski wrote. “I’m glad the GU community is supporting Wisey’s. It leaves me hopeful.”