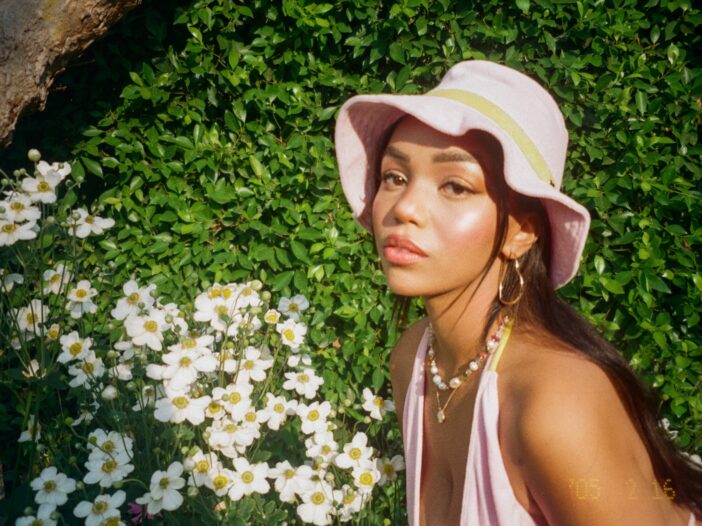 Camber Vincent (SFS ’24) knows that if he really wanted to, he could log onto TikTok and get a duet from Charli D’Amelio. Instead, all he is looking for is laughter. His goal is not to reach 1 million followers, but perhaps this lighthearted approach is what makes Vincent’s posts deserving of a double tap.

Vincent is part of a growing number of Georgetown University students who have gone viral on TikTok, Instagram and YouTube. Some of Vincent’s comedy videos on TikTok have reached upward of 1 million views. To date, his most popular video on the short-form video sharing app received 3 million.

“I like the idea of the content that I personally think is funny getting out to millions of other people. Then they think it’s funny, and it lightens up their day,” Vincent said in a Zoom interview with The Hoya.

Vincent and other students have struck a chord between rigorous academics and popular content creation. Instead of dropping out of college like Addison Rae or falling behind in their social media posting around finals like the rest of us, these creators have performed — and edited and posted — the ultimate balancing act.

The hardest part of going viral is getting started. Creators frequently complain about the infamous TikTok and YouTube algorithms, alleging that they create echo chambers and prevent some videos from achieving fame. These Georgetown students have beat those odds.

Vincent has been using TikTok since 2019. Since then, he has racked up a following of over 40 thousand users with his comedy videos that have reached a total of 6.4 million likes. Vincent’s most popular video garnered over 700,000 likes for a reenactment of an English paper debacle in high school. Vincent did not set out to go viral but rather stumbled on fame incidentally.

“I really got into making TikToks because it was a fun thing to do with my friends and just allowed me to make some stupid, funny videos that my friends would laugh at,” Vincent said.

Unlike Vincent, Daphne Blunt (COL ’21) has always been close to stardom. Growing up in Los Angeles as an aspiring child actress, Blunt was surrounded by popular YouTubers and Viners and originally had little interest in social media. As her passion for fashion grew, however, she decided she wanted to follow in the footsteps of style bloggers like Chiara Ferragni, and she grew her Instagram account to over 44,000 as she pursued her childhood dream.

“Something I was really passionate about was fashion. I was like, ‘When I’m a big actress, fashion is going to be my thing.’ I realized that a way for me to control my own future was social media,” Blunt said in a Zoom interview with The Hoya.

Blunt’s aesthetic Instagram features mostly beauty and fashion content. A recent post artfully displays Blunt’s bathroom shelf as a way to promote her favorite products. Although her feed may feature the occasional sponsored post, Blunt still works hard to retain her individuality and authenticity with every upload.

“I personally try really hard to not follow trends. I think it just keeps it more interesting for me to not do that. It’s very easy to fall into traps and want to do what everyone else is doing,” Blunt said.

Blunt plunged into the world of social media through acting, but Linh Truong (COL ’24) initially found her footing on social platforms through her passion for reading. Truong started a book Instagram in middle school.

“I started really young, actually. I was in seventh grade or eighth grade and I decided to start an Instagram centered around books. The intersection of me loving reading and storytelling developed into what was my bookstagram page, and that was pretty awesome. That’s the reason why I got my start on Instagram.” Truong said in a Zoom interview with The Hoya. “A lot of people then asked me, ‘Are you ever going to start a YouTube channel?’”

Now, a click on Truong’s YouTube channel leads to colorful thumbnails and titles detailing apartment tours, self-timer photo shoot tutorials and college student lifestyle vlogs. Her thumbnails have transitioned from brown-hued photos of reading in a library to bright full-body shots of stylish outfits with the backdrop of Washington, D.C.’s famed cherry blossoms.

Accumulating over 800,000 subscribers since its start, Truong’s YouTube channel boasts a collective 31 million views, with her top video about starting a business obtaining over 3 million views. Truong credits her success to her fanbase, which she feels reflects her own personal growth.

“I’m really lucky to have an engaged audience that is growing with me. If my content changes, they’’e also changing, and they understand that. That’s always been so great,” Truong said.

Although managing social media success while being a full-time Georgetown student is not an easy task, Georgetown influencers have proven it is possible.

When Blunt first arrived at Georgetown, she put her social media presence on pause. Surrounded by unfamiliar faces and burdened with tough workloads, Blunt struggled to maintain a consistent content output.

“I kind of stopped because it just was too much. It was too overwhelming. I tried to keep doing it, but school was so demanding,” Blunt said.

Not until her junior year at Georgetown did Blunt decide to start taking her social media platforms more seriously. To juggle her course load with her social media presence, Blunt rapidly shifted between student and influencer.

“I was really showing that I could do it, and I was posting my outfits every day. I would make my roommates take photos of me like out on the street on O Street. I would be like, ‘Hey, in between classes, do you have 10 minutes?’ I would be doing my makeup in between classes, really hustling. That was kind of how I started doing it more full time,” Blunt said.

Truong believes her passion for YouTube actually helps her develop productive ways to manage her social media and her workload. Truong draws inspiration for her videos from her experience in college.

“YouTube, even though it feels glamorous and a lot of people are aware that there’s a lot of work that goes into it, is still just another job. The only difference is that I am satisfied and creatively fulfilled when I am done with my work,” Truong said.

Fitting Georgetown Into the Picture

Though many viewers may crave transparency for the connection it forges between creator and audience, exposing one’s personal life on the internet has its drawbacks. Especially when students mix their online personas with their attendance at Georgetown, the university’s reputation can present a challenge, sometimes inciting criticism and negative comments.

Vincent tends to not involve Georgetown in his content. Occasionally, he will wear a blue-and-gray T-shirt with the university’s name sprawled across the front, but ultimately the school does not take a front-and-center role in his comedic TikToks.

“I personally try to kind of stay away from publicizing that I go to Georgetown as a way to build my platform, because I don’t really think it meets with my message of just being, you know, comedy,” Vincent said.

In contrast to Vincent’s choice to sideline his attendance at Georgetown and focus on comedic sketches on his TikTok, Blunt’s content centers on what she does in her everyday life, from her day to day experience as a student to her luxury fashion finds. As a creator, showing her exquisite and expensive lifestyle, she worried about being perceived as undeserving at her spot at an elite university.

“I got stressed that I was really sharing part of my life, and I backed off because I did receive criticism for it. I did receive backlash, you know, ‘spoiled rotten,’ the kind of thing that I was not really prepared for,” Blunt said.

Truong also recognizes the drawbacks of publicizing her experience as a Georgetown student on social media, and the exclusivity of Georgetown was an incentive for not including her scholarship in her videos. For Truong, viral fame is worth the difficulties she has to face to share her content. Like Blunt, she persists in putting out social media posts even when she has received negative comments.

“I mean, definitely, there’s certainly haters in the comments. I won’t lie. I’ve been called incompetent by men before, I’ve been sexualized and objectified, I’ve been fetishized as an Asian woman,” Truong said.

One of the reasons Truong can attend Georgetown is because of her hard work on YouTube. Truong knew going into college that she was going to have to find a way to pay for her education, and her work online presented the perfect opportunity to do so.

“The reason why I started becoming more dedicated YouTube is I realized I could save a couple thousand for college. And when I really committed to working, it just started doing so well. I was posting videos regularly,” Truong said.

Truong hopes to make more Georgetown-related content in the future when students are allowed back on campus. She is looking forward to providing perspective as an Asian American student at Georgetown.

“I definitely think that as an Asian American and a queer individual and a woman, I definitely have different experiences that Georgetown students might not stereotypically fit in the box with,” Truong said. “So I think it’s cool that, yeah, this is Georgetown, but someone like me still goes there.”