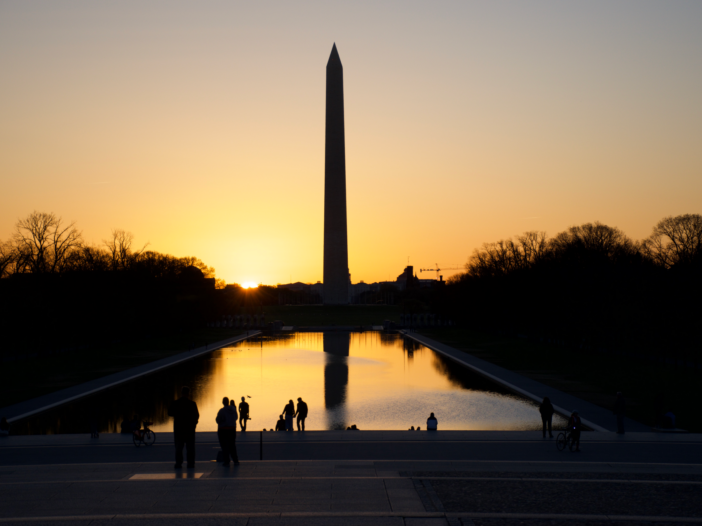 The temporary clinic was held in the Entertainment and Sports Arena in D.C.’s Ward 8, hosting dozens of clinical volunteers. Medical and nursing students, as well as additional volunteers from the university, helped administer the vaccine and direct guests to the correct locations.

The clinic was an excellent opportunity for volunteers to be involved in important public health work, according to Ricardo Rendon Cepeda (GRD ’21), an on-site non-medical assistant at Sunday’s clinic.

“It was very nice to help and see so many people getting vaccinated,” Cepeda said in a phone interview with The Hoya. “All of us who volunteered were very passionate about it and the organizers did a fantastic job.”

With availability opening up, Georgetown students living in the area are eager to get vaccinated, according to Grace Bianco (COL ’24).

“Everyone is rushing to try and get it now, and it seems to be going quickly,” Bianco said in a phone interview with The Hoya. “A lot of my friends say it is really easy to sign up now.”

This clinic marks the third time Georgetown partnered with the city to vaccinate D.C. residents. The previous clinics also took place at the arena, as its large capacity allows for the smooth flow of traffic, according to Cepeda. “The arena lent itself very well because it was very spacious, and it was clear where to go from one station to the next, Cepeda said.

So far, the District has administered almost 500,000 doses of the vaccine, with numbers climbing each day. Beginning May 1, the city will transition to the use of 11 high-capacity clinics, where residents can get vaccinated without an appointment.

The District has maintained one of the lowest infection rates in the country throughout the pandemic. Cooperation of the community has been crucial to keeping cases low, according to Mayor Muriel Bowser (D).

“D.C. residents, thank you for all that you’re doing to adhere to health guidance and to get vaccinated because it is making a difference,” Bowser said in a press conference Monday. “The way we get open is to crush the virus and to get people vaccinated.”

The rise in vaccine availability signals a long-awaited return to normalcy, according to Bianco.

“I was really excited when I first heard I was able to get the dose,” Bianco said. “When I went, it was very crowded. It was an atmosphere of excitement.”

Volunteers and patients alike felt a sense of excitement in the clinic, signaling a sense of hope as vaccination numbers rise, according to Cepeda.

“People showed up and were very happy to get their second dose,” he said. “There was a feeling of completion.”