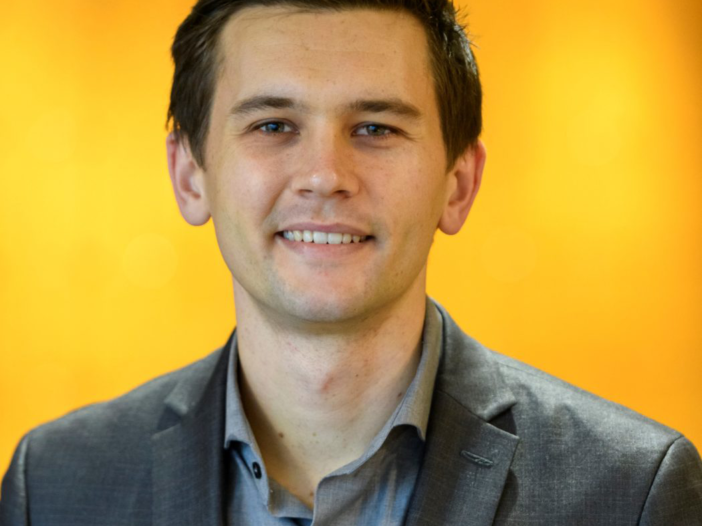 GradGov Vice President Heerak Kim filed a Feb. 4 police report accusing May of physically assaulting him. On Wednesday, the U.S. Attorney’s Office for the District of Columbia reviewed Kim’s police report and decided no charges would be filed. The same day the charges were dismissed, the District of Columbia Superior Court also denied Kim’s preliminary injunction request for a long-term restraining order against his GradGov colleague, according to court documents.

The decision is the latest chapter of a monthlong saga surrounding Kim’s fallout with GradGov. GradGov initiated impeachment proceedings against Kim on Feb. 9 after the organization deemed a number of tweets posted on Kim’s public Twitter as homophobic, antisemitic, Islamophobic and racist.

Kim claims that May physically confronted him outside of a Jan. 30 GradGov Senate meeting shortly after the tweets surfaced. Kim attempted to get a temporary restraining order against May following the alleged physical altercation. A District of Columbia Superior Court judge, however, denied Kim’s request Feb. 12.

Kim’s attempt to seek a restraining order against May, a second-year graduate student in the School of Foreign Service, represented an abuse of the law, according to May’s lawyer, Joseph Scrofano.

“We do not have any comment at this time other than to again reiterate that Mr. Kim is abusing the legal system with false allegations,” Scrofano wrote in an email to The Hoya. “This afternoon another judge in the District of Columbia Superior Court denied Mr. Kim’s request for an injunction in the frivolous case he filed.”

Kim mischaracterized the severity of the interaction, according to May.

“Apparently at one point in the conversation I, like, booped him in the chest, sort of for emphasis, and he was like, ‘Oh, you physically assaulted me,’ and then called for my resignation,” May said in an interview with The Hoya on Feb. 4.

Although Kim’s initial request for a restraining order was denied, the D.C. Superior Court decided to schedule a preliminary injunction hearing for Feb. 26 to consider imposing a long term restraining order against May, according to Kim.

Before his preliminary injunction hearing, Kim filed an official complaint with the Office of Disciplinary Counsel of the District of Columbia Bar on Feb. 24, accusing Georgetown University Counsel Paul Greco of preventing witnesses from testifying at the hearing.

Kim alleged that Greco’s office prevented the Georgetown University Police Department from serving witness subpoena papers to graduate students and faculty who witnessed May’s alleged assault of Kim in late January, according to Kim’s complaint to the D.C. Bar.

The university was attempting to cover up the assault charges against May, according to Kim.

“It appears that Georgetown University is [trying] to cover up for GradGov President Lewis May physically assaulting me in public, since the witnesses would tell the truth of the physical assault under oath at the Preliminary Injunction Hearing,” Kim wrote in an email to The Hoya.

The university has acted in accordance with the appropriate legal procedures, according to a university spokesperson.

“While Georgetown does not comment on individual cases, the University has robust policies and procedures in place prohibiting any form of discrimination or related retaliation,” the spokesperson wrote in an email to The Hoya on behalf of the general counsel and Institutional Diversity, Equity and Affirmative Action office. “The Office of General Counsel conducts its work in accordance with the D.C. Rules of Professional Conduct.”

The complaint filed against Greco comes after Kim submitted a bias complaint to the university’s IDEAA Office on Feb. 10, accusing May and GradGov Supervisor Owen Agho of retaliating against him for his political and religious affiliations. Kim specifically charged Agho with ignoring his complaint about May’s alleged assault.

Kim, a second-year master’s student in the School of Nursing and Health Studies, hopes the IDEAA complaint will protect other Christian and conservative students against the discrimination he alleges, Kim wrote.

“The outcome that I would like to achieve through IDEAA complaint filing is to protect conservative evangelical Christians and practicing Catholics at Georgetown University from discriminatory actions based on their religion, such as being targeted for resignation from positions or by liberal professors giving bad grades to conservative Christian students or denying conservative Christians of scholarship and other promotion opportunities within Georgetown University,” Kim wrote in an email to The Hoya.

GradGov originally scheduled Kim’s impeachment hearing for Feb. 20. However, GradGov was forced to postpone the hearing because of the pending IDEAA complaint, according to a Feb. 20 email from the GradGov Executive Board to GradGov senators obtained by The Hoya.

GradGov then scheduled the hearing for the following week, but the university demanded that the hearing be postponed until the IDEAA office completed its investigation of Kim’s bias complaint, according to GradGov Director of Advocacy Henry Watson.

“We are being told by the university not to hold the vote, and that if we were to do so, GradGov would be in violation of university policy. This because our group must cooperate with the current IDEAA investigation, which means not taking further action that could be seen as compounding the claimed retaliation before IDEAA has a chance to investigate it,” Watson wrote in an email to The Hoya. “As an Executive Board, we cannot breach university policy, and so the impeachment vote will not be held until further notice.”