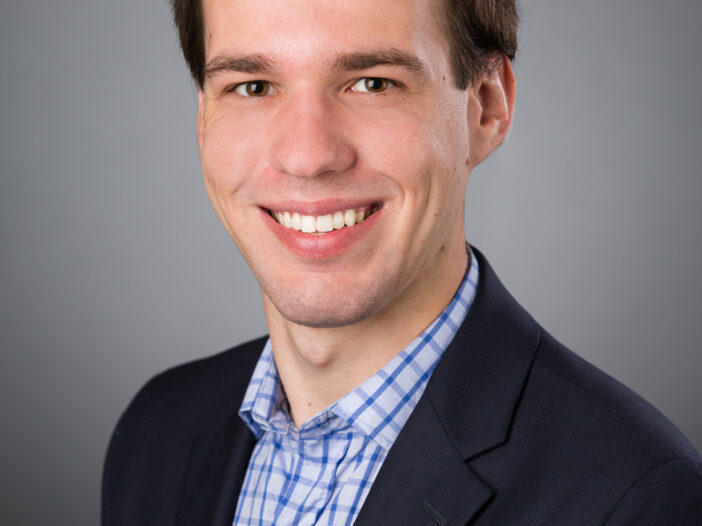 Pagels, originally from Dallas, Texas, graduated from Georgetown University with a master’s degree in mathematics and statistics. He was enrolled in his second year of a doctoral program in economics at the University of Michigan, completing coursework virtually from D.C. at the time of his death.

Just hours before the accident, Pagels tweeted about his experience biking through a traffic circle to receive his COVID-19 vaccination.

“Had to bike through a roundabout over a highway to get my Covid jab. Lifespan maximization function is clearly perfectly well-calibrated,” he wrote.

Pagels had a passion for learning in all aspects of his life, according to Ken Shaw, former director of Georgetown’s graduate program in mathematics and statistics, who recruited Pagels to Georgetown in 2016.

“Jim was a brilliant and happy person who seemed to be interested in more or less everything,” Shaw wrote in an email to The Hoya. “He always seemed happy and excited about something or other. I liked the way he became animated about whatever was on his fertile mind at the time.”

Despite his undergraduate background in English and American studies at Columbia University and his interest in sports journalism, Pagels set out to pursue economics in 2016, which he wrote about in an October 2020 tweet.

“After reaching out to every math graduate program in the D.C. area that was offered part-time in the evenings after work, only one, Georgetown, was willing to even entertain the possibility of someone as profoundly unqualified as me being admitted to their program,” Pagels wrote in another tweet last October. “However, they were still incredibly wary of admitting a guy who hadn’t taken a math class since sophomore year of high school.”

Even though Pagels was a latecomer to the field, he remained eager to learn and enthusiastic about his studies, according to professor of statistics Mark Meyer, who taught Pagels in Bayesian Statistics.

“He had this idea in mind. He really wanted to look at economic modeling, housing affordability, and really wanted to use his newly found mathematical statistical knowledge and study that,” Meyer said in a phone interview with The Hoya.

During his time at Georgetown, Pagels applied his interest in economics and mathematics beyond the classroom. As a graduate student, he completed a fellowship as a research assistant at the Federal Reserve Board of Governors, the main governing body of the Federal Reserve system, which oversees monetary policy in the United States.

In addition to his academic pursuits, Pagels was passionate about tennis, urbanism and board games. He also worked as a freelance sports journalist and frequently wrote on his personal website about topics that range from maximizing property values in Monopoly to fixing fantasy football scoring using statistical methods.

Pagels’ passion for learning was infectious and inspired many, according to Selina Carter (GRD ’19), Pagels’ former classmate and fellow teaching assistant.

“He is someone I thought of as a peer and someone who I looked up to because he had recently applied and had started a Ph.D. program,” Carter said in a phone interview with The Hoya. “It came as a huge shock that suddenly he’s gone. It kind of woke me up to how lucky I am just to be able to do the things I want to do.”

Pagels’ dedication to his studies remains memorable, according to Meyer, who still uses Pagels’ final project on the application of logistic regression models to 2016 voter data as an exemplar for current students.

“After I found out he had passed, one of the things that came to mind is I have not had a lot of students like Jim who would really want to stop by my office and talk,” Meyer said. “I just realized how lucky I was to have had him as a student and to have had him as a TA.”