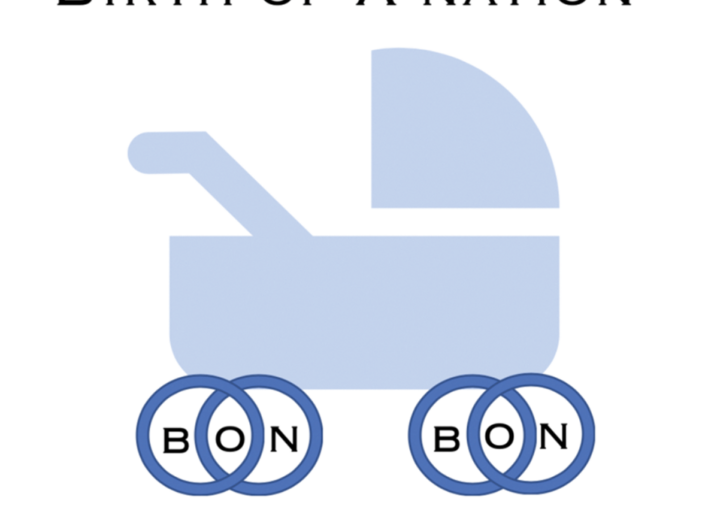 One month after attending a virtual graduation ceremony from her home in Cleveland, Alliyah Harold (COL ’20) traded in Georgetown University chemistry classes for hours of research and conversation with doctors, midwives, doulas and other health care professionals.

Following conversations with these experts, Harold, who was interested in learning more about maternal health care in her own community, noticed that personalized maternal care, especially for Black women and women of color, was often missing from health care centers.

Deciding to take action, Harold founded Birth of a Nation in June 2020, a birthing center in Cleveland that aims to increase access to affordable and equitable maternal care among disadvantaged communities. BON will open its doors to patients in summer 2021.

BON will seek to both support women throughout their pregnancies and begin to change the narrative surrounding the role of maternal health care providers like midwives, a profession that receives widespread skepticism in the United States, according to Harold.

“Part of my initiative is to demystify these sorts of people, to educate women on the resources they have available to them and to communicate that what they may need — whether that be an OB-GYN, midwife or doula — can be curated to fit their personal circumstances,” Harold said in a Zoom interview with The Hoya.

As an undergraduate, Harold spent much of her time in class studying statistics. Disparities between the maternal health of Black women and white women, especially across the socioeconomic spectrum, were difficult to ignore, according to Harold.

In the United States, Black women are two to three times more likely to die from pregnancy-related complications than white women, a risk that increases with age. Globally, the United States continues to rank the lowest among developed countries in maternal health.

BON is one of over 30 BIPOC birth centers supported by Birth Center Equity, a network of birthing centers led by BIPOC health care providers across the country that joined together in April 2020.

Leseliey Welch, who works with the maternal center Birth Detroit, and Nashira Baril, project director of Neighborhood Birth Center in Boston, partnered in response to an outpouring of demand for safe places to give birth while hospitals were exhausted by the demands of the COVID-19 pandemic, according to the organization’s website.

BON is named after the film “Birth of a Nation” and hopes to honor Nat Turner and the revolt of enslaved people he led in Virginia in 1831, according to Harold.

“When I was thinking of that name, in addition to Nat Turner, I was conscious about what it means to create a new nation. I wanted to tie this in to my passion for health care equity,” she said.

Honoring Harold’s vision of equitable health care, BON will offer various tiers of service, including education on women’s health, access to midwives that work with mothers and their newborn babies and doulas, trained professionals who care for mothers during the birthing process.

BON will also provide nutritional information, breastfeeding counseling and behavioral health and psychological counseling to women. Because BON is located in Cleveland’s Glenville neighborhood, an area that faces food insecurity that has worsened during the COVID-19 pandemic, it was important for it to include nutritional resources, according to Harold.

This spring, Harold reached out to BCE’s founders about hosting a virtual fundraising event to support both BON and a network of birthing centers across the country. The free event, titled “The Birth Justice Fundraiser,” is scheduled for May 1 and will feature panelists of maternal health care providers. The event will close with a statement from Malone Mukwende, a medical school student who wrote “Mind the Gap,” a handbook that aims to raise awareness about clinical and medical treatments for BIPOC, according to Harold.

The timing of the fundraiser amid the COVID-19 pandemic is necessary for the increasingly important network of birthing centers like BON, according to Leseliey Welch, co-founder of BCE.

“We are grateful to partner with BON in this timely and important event,” Welch wrote in an email to The Hoya.

In addition to launching BON, Harold is currently attending medical school at Case Western Reserve University from home in Cleveland. Once BON opens to the public, Harold hopes it will become a part of the larger movement to create a new nation of health care professionals who take a holistic and equitable approach to maternal health.

“It’s my hope that when we are successful here, that we will be able to branch out to the greater United States and even internationally because this is not just a domestic issue,” Harold said. “To empower Cleveland, first and foremost, but then to expand and help as many communities as needed.”