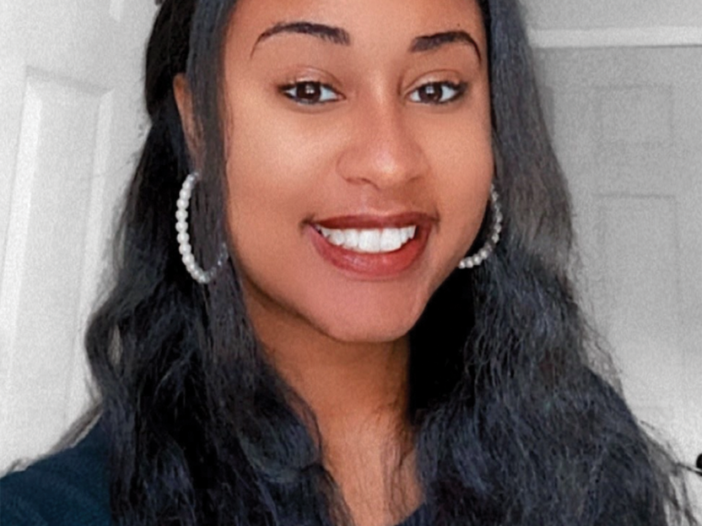 These days, Tianna Mobley (COL ’20, GRD ’22) spends much of her time combing through the Library of Congress’ digital archival database, scouring primary documents to learn more about the legacy of slavery in Washington, D.C.

As a graduate student in the Global, International and Comparative History program, Mobley has studied the influence of slavery in D.C. This year, she joined the White House Historical Association, an organization founded by First Lady Jacqueline Kennedy in 1961 to educate and provide public access to information about the president’s residence, as a historical fellow. In 2016, the association launched the fellowship Mobley is taking part in, “Slavery in the President’s Neighborhood” inspired, in part, by First Lady Michelle Obama’s 2016 Democratic National Convention speech in which she said, “I wake up every morning in a house that was built by slaves.”

After enrolling in history professor Chandra Manning’s course “Finding D.C. Civil War African American Sites” in 2019, Mobley was inspired to learn more about the history of slavery in the District. Mobley began to learn more about the legacy of slavery in the District, including how enslaved people were once paraded outside of the White House, she said.

“We started thinking about what was unique about slavery in the District, like the fact that slaves were paraded in front of the White House, for example,” Mobley said in a phone interview with The Hoya. “That is what got me interested in the idea of slavery and the White House. I now have the opportunity to work on this project where I’m actually thinking about the history of slavery in the president’s neighborhood.”

Mobley’s work with the fellowship began with research about understanding the role of enslaved people in the construction of the White House.

“It’s about understanding that national paradox: the fact that the U.S. portrayed itself to be the beacon of liberty and represents the White House as the people’s house, and yet it was built by enslaved individuals,” she said.

In 1792, under direction from President George Washignton, both enslaved laborers and white wage-earning craftsmen worked to construct what would become the president’s official home, according to research by Lina Mann, a historian involved in the White House Historical Association’s initiative.

Mobley’s research demonstrates the ways history can benefit society, according to Marcia Chatelain, a professor of history and African American studies at Georgetown, who taught Mobley in her course “Race and Racism in the White House.”

“We don’t just study the past for the sake of the past; we examine the past because it makes us smarter, more empathetic, and far more nuanced in our thinking,” she wrote in an email to The Hoya. “Presidential history is the history of slavery in the United States and using the White House as a text for studying slavery is incredibly creative.”

As an aspiring historian, Mobley said her time as a fellow has provided her a chance to further explore a topic she is passionate about and educate the broader public.

“For me, one of the first and biggest reasons I was drawn to this fellowship opportunity was the fact that it allowed myself, as an African American woman, to finally actually view the White House as the people’s house, as a place that is representative of people who look like me as well,” Mobley said. “Previously, I hadn’t really viewed it in that light. That’s what I hope other people who look like me will be able to get from this project: the ability to identify with the White House and national history in a different way than they thought possible.”