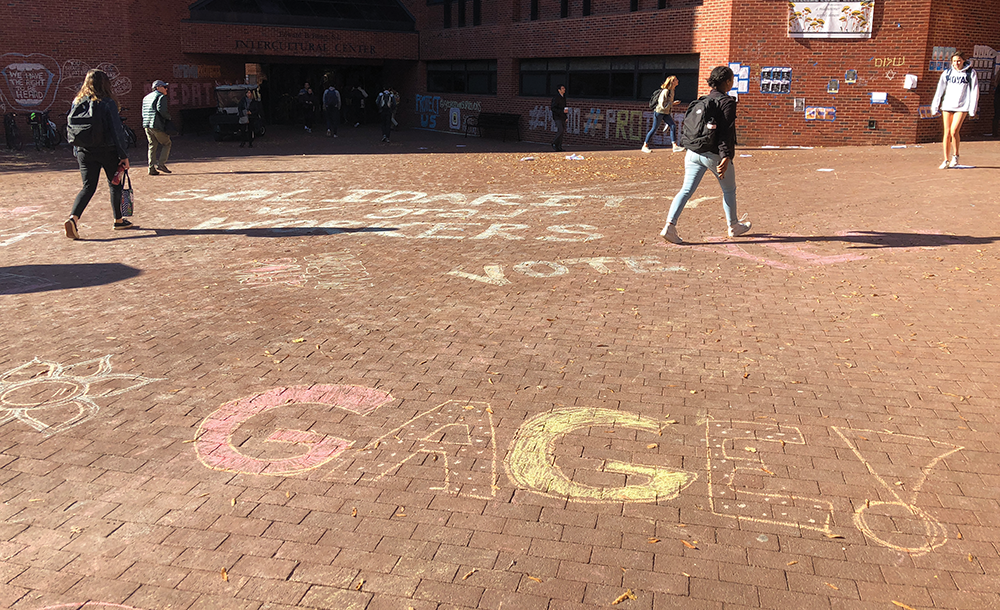 Graduate student workers voted in favor of unionization in an election last week after a yearlong push to receive official recognition from the university as a union.

A majority of graduate students voted in favor of unionization, with a final count of 555 in favor and 108 against.

Out of nearly 1,100 eligible graduate student teaching and research assistants, 663 participated in the Nov. 5 to Nov. 8 election, which asked whether they would like the Georgetown Alliance of Graduate Employees to be recognized as a union by the university.

The American Arbitration Association, a neutral third party that mediates conflict out of court, conducted the election and reported the election results the morning of Nov. 9.

“We have a shared belief in the important role that graduate student assistants play at Georgetown and a shared commitment to giving them a stronger voice as members of our community,” Groves and Healton wrote in a joint statement with GAGE and American Federation of Teachers, the national union with which GAGE is affiliated.

AFT expressed its support for GAGE in a tweet shortly after the results were announced Friday morning.

“Congrats to @wearegage for overwhelmingly voting to join AFT today! So proud to have you in our union! #Solidarity #1u,” AFT wrote.

The AAA’s certification of the results of the election will be finalized after a two-week waiting period, during which either party can file objections, according to the election agreement.

After GAGE learned graduate students had voted overwhelmingly in favor of unionization, GAGE presented University President John J. DeGioia with a letter announcing its intent to bargain with the administration, according to Chad Frazier, a graduate worker and Ph.D candidate in the history department.

“We’re all excited to enter into this new phase of our campaign,” Frazier wrote in an email to The Hoya. “Our goal has always been a legally-binding contract that truly values our contributions to the university as TAs, RAs, and course instructors.”

The university has voiced its support and willingness to bargain with GAGE in good faith.

“When AAA’s certification is finalized, we will assemble the appropriate team to work in good faith with GAGE/AFT to negotiate a collective bargaining agreement,” Groves and Healton wrote.

GAGE does not expect to begin negotiations with the administration until early next year, Frazier said.

“In the mean time, we’ll be reaching out to our members to learn more about what issues that they’d like to see in a contract and to help shape the list of bargaining priorities that we’ll bring to the table in a variety of ways,” Frazier wrote.