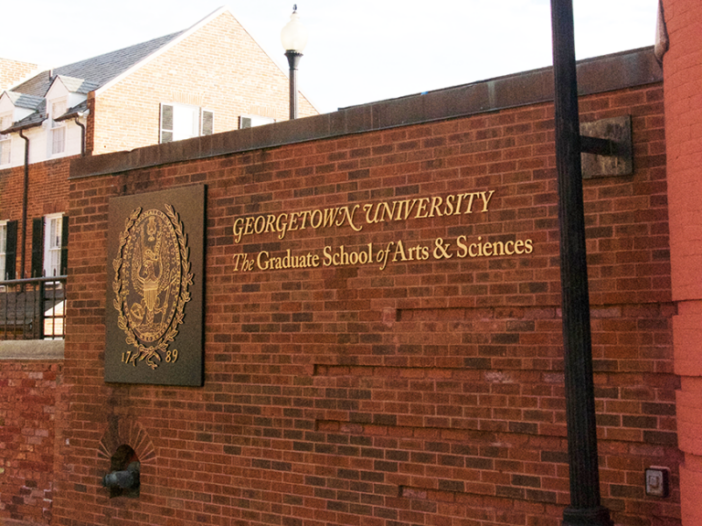 The referendum, open for voting from Nov. 15 to Nov. 22, would ensure full participation of the SCS in all GradGov affairs, thereby allowing SCS students to attend all GradGov events, run for executive positions and join committees in the bodies’ senate. The referendum needs a two-thirds majority to pass, with a minimum of 20% of the student population voting.

SCS students are excited about the prospect of being fully involved in GradGov, according to SCS student David Zumbrennen (GRD ’23), a member of the senate leadership committee.

“The enthusiasm of SCS students to be a part of GradGov is out there,” Zumbrennen said in a phone interview with The Hoya. “There are students who want to give back to the community and GradGov is a great avenue for them to do that and make sure all the programs are represented and as a whole it makes Georgetown better.”

Despite outside responsibilities, SCS students are still motivated to participate in student government to enact change, according to SCS student and GradGov Senator Teresa Garcia Bautista (GRD ’23).

“We are just so involved,” Bautista said in a Zoom interview with The Hoya. “It shows the dedication that we have towards not only our programs but the whole Georgetown community.”

SCS students’ differing professional backgrounds provide a strong asset to GradGov and an unexplored perspective, according to Zumbrennen.

“It is kind of an untapped source of individuals who may have run their own business before,” Zumbrennen said. “We’ve got individuals working in amazing jobs and amazing places with great experience.”

In addition to differing professional backgrounds, most SCS students do not attend class or live on Georgetown’s main campus. The SCS, which offers graduate programs in professional and liberal studies, is located in downtown Washington, D.C., away from the main campus. Many SCS students also take online classes and are located all over the world.

The geographic difference between the SCS and Georgetown’s other schools played a large role in the school’s past exclusion from GradGov, but the virtual learning environment caused GradGov leaders to rethink the SCS’s involvement, according to GradGov President Jonah Klempner (LAW ’22).

“SCS has a majority online graduate community, and their graduate students live all over the world,” Klempner wrote in a text message to The Hoya. “COVID broke down those geographic barriers and had everyone scratching their heads as to why SCS wasn’t originally part of GradGov.”

The student body referendum follows a GradGov senate vote on Sept. 17 on the issue, in which the GradGov senate formally approved adding the SCS to GradGov’s purview. Currently, the SCS is included in GradGov on a probationary period, which is set to expire in December.

As part of the probationary period, SCS students could run for 44 seats allotted to the SCS in the GradGov senate as part of GradGov’s September 2021 elections. In total, 42 of the 44 seats were filled after over 70 students ran for seats, according to Klempner.

Under the probationary inclusion of the SCS, students have already been able to participate in additional programs and make connections with others, according to Bautista.

Prior to the SCS’s participation in GradGov, students had no representatives to voice concerns to, making it difficult to enact change, according to Zumbrennen.

“I think for those that were within Georgetown they probably did feel marginalized and like their voices weren’t being heard,” Zumbrennen said. “Whether you are in your school or in your community, everyone wants to feel like their voice is being heard.”

While the referendum’s results will not be released until after voting closes, the SCS’s inclusion has already benefited students and GradGov representation will continue to support SCS students, according to Bautista.

“I really hope everyone votes,” Bautista said. “I don’t know if we are going to pass it or not. I have faith. I really think it’s going to be so beneficial for the students.”