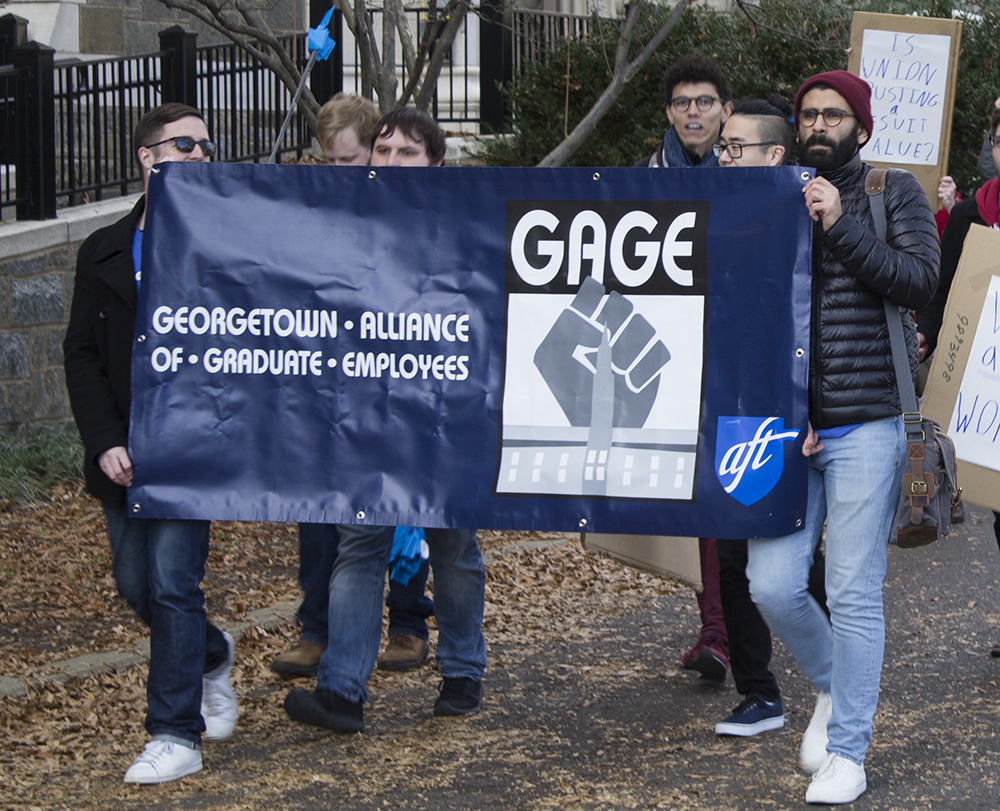 Provost Robert Groves and Executive President for Health Sciences Edward Healton announced the agreement between the university and the Georgetown Alliance of Graduate Employees, a group of graduate students affiliated with the American Federation of Teachers who negotiated approval to hold graduate student union elections, in a campuswide email Sunday.

AFT President Randi Weingarten said she was heartened by Georgetown’s decision to allow for union elections, especially because of its Jesuit identity.

“I am also heartened that the Georgetown administration opted to follow the path of its Jesuit values and labor fairness rather than pursue the Trumpian low road favored by some of their peers. Together, we can work to make Georgetown an even better institution — and this agreement can stand as a model for graduate labor relations across the country,” Weingarten said in an AFT statement.

The university reaffirmed its long-held position that graduate workers are primarily students and thus not entitled to the same benefits as full-time employees, saying that they sought an agreement that recognized GAGE members’ dual roles as students and workers.

“Today’s agreement creates a new framework recognizing that graduate students’ relationship with the University is fundamentally an educational one, while also responding to their desire to have a stronger voice in the terms of their service as Teaching Assistants, Research Assistants, and Teaching Associates (“Graduate Student Assistants”),” the email read.

The agreement emerged after a number of meetings between the university and GAGE/AFT, which followed a January decision to re-examine the issue of unionization in which they negotiated the terms of the election. The election will be held and overseen by a “neutral third party,” the American Arbitration Association, rather than National Labor Relations Board, a group traditionally used in these settings.

Kevin Carriere, a fourth-year candidate in psychology and member of GAGE, said the agreement is the result of a long-fought battle for recognition.

“This negotiation took a while, and our members were always ready to show our strength at every turn. In the end, we’re extremely happy with this agreement. It ensures we get our vote and brings Georgetown to the bargaining table once we win.”