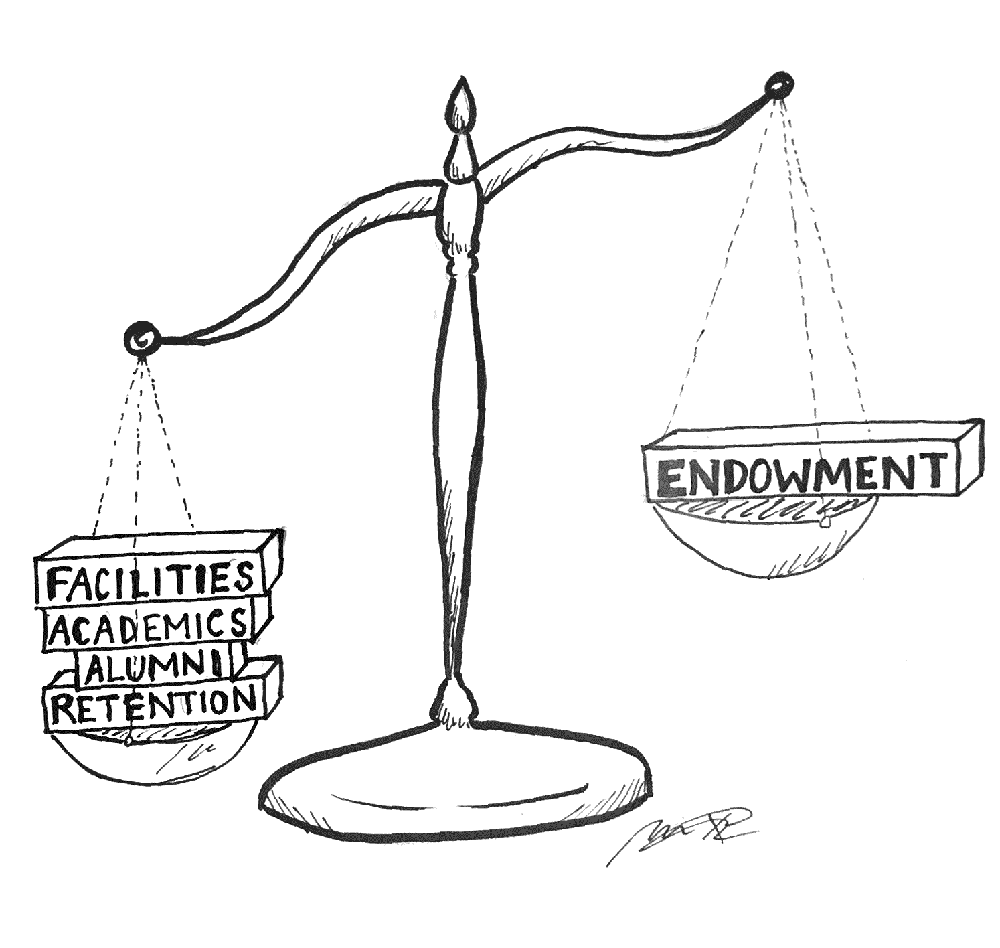 The university’s capital campaign, “For Generations to Come: The Campaign for Georgetown,” reached its $1.5 billion goal by the end of August, almost a year ahead of schedule, marking a momentous feat in Georgetown’s effort to expand its modest endowment.

This news comes on the heels of the 2016 edition of the U.S. News Best Colleges Rankings released Wednesday that ranks Georgetown No. 21 of all national universities.

Georgetown’s consistent ranking alongside elite institutions with much larger endowments speaks to the university’s stellar values and promises a bright future — albeit one that can only come to fruition if Georgetown continues to build upon the campaign’s success.

The ten percent weight given to universities’ financial resources and the five percent weight given to alumni giving rate in the calculation of annual rankings puts Georgetown at a sizable disadvantage when compared to peer institutions.
Despite our disadvantage, the university still ranks well — a fact that can be partially attributed to the mixture of students’ academic and professional success with the values expounded by the university. Combining this remarkable spirit with a larger endowment would ameliorate Georgetown’s rankings and, consequentially, national reputation, increasing applications and giving Georgetown the flexibility to curate new scholarships, improve student life on campus and expand educational opportunities for students of all backgrounds.

With this in mind, the university must continue the momentum of the successful capital campaign. By capitalizing on the best that “For Generations to Come” had to offer, this momentum can be maintained.

For one, future campaigns should reemploy the designation of specific priorities for the funds raised — a tactic which seems to have worked in the past. Undergraduate involvement in fundraising is also particularly encouraging. Current students could donate to the “One for Georgetown” campaign established by the 1634 Society.

Every year, the U.S. News rankings prove what those of us on the Hilltop already know — Georgetown is special. It is up to the Georgetown community to improve upon the success of the capital campaign and prove it to the rest of the country.