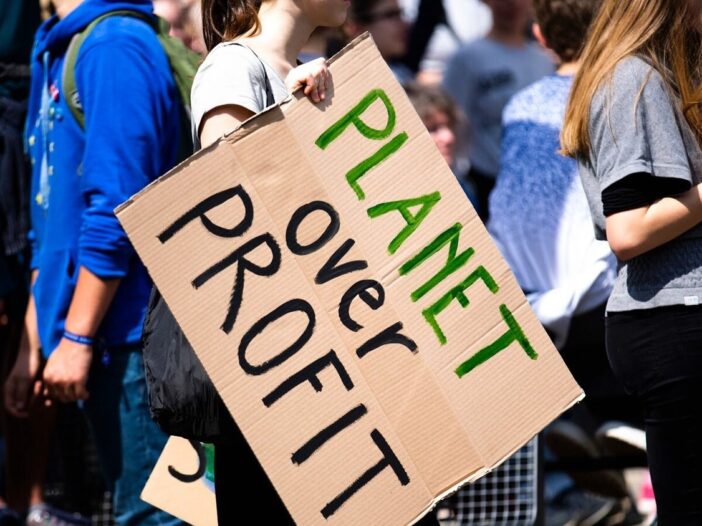 The network, pioneered by Daniella Passariello (MSB, SFS ’23) and Nadia Sadanandan (NHS ’24), aims to cut down on food waste and aid those experiencing food insecurity. The project is part of the Food Recovery Network (FRN), an organization comprising over 180 colleges and universities that are actively donating surplus food to local organizations. The network is the largest student-led movement against food waste and working to end hunger throughout the country.

Passariello said she was motivated to start a chapter at Georgetown after learning about the organization in an environmental studies class during her sophomore year.

“I thought it was the perfect idea for Georgetown and I was so excited to join the chapter but when I googled to find Georgetown’s chapter I noticed we didn’t have one. American University and George Washington University did, but we did not,” Passariello wrote to The Hoya. “It was a bit confusing for me to find this out knowing how much impact Georgetown could generate if we started our own food recovery network.”

Although the network has not been launched yet, Passariello and Sadanandan plan to meet with representatives from Aramark, Georgetown’s primary food service provider, to discuss the logistics of the project.

Currently the pair plans to store leftover food from dining locations on campus in refrigerators provided by Aramark before being distributed to nonprofit organizations tackling food insecurity, Passariello said.

“On this campus we generally have a variety of food options, but unfortunately, many individuals in the greater DC community lack this same accessibility to food,” Austin wrote to The Hoya. “FRN seeks to bridge the gap between the food that would otherwise be wasted on Georgetown’s campus and the people who need it most in the broader DC community.”

Given the prevalence of food insecurity throughout the District, Passariello said she felt impassioned to bring the food recovery network to Georgetown’s campus.

“About one in ten Americans experiences food insecurity in some form, while nearly 40% of all food produced in the US is wasted,” Passariello wrote. “In the DC region one in three people face food insecurity which is exacerbated by the economic disparities between Wards. This presents us with an opportunity to serve our community and promote the issue of food waste and food justice on campus.”

Passariello and Sadanandan hope to put a trial run in place by the end of October, during which food will be collected from Royal Jacket.

Royal Jacket was selected to pilot this program given its convenience and ability to make an immediate impact, Sadanandan said.

“The easiest way to start for a trial run would be a place with packaged foods, like Royal Jacket,” Sadanandan said to The Hoya. “Leo’s would probably be the most difficult place to start this because they do have the buffet style.”

While Passariello and Sadanandan have not determined which nonprofit organizations they will partner with, they are currently thinking about distributing the food collected to Miriam’s Kitchen, a nonprofit aimed at ending chronic homelessness in D.C., and Martha’s Table, a nonprofit providing healthy food access throughout the District.

One concern with this new initiative is the possible legal implications, especially if expired food is donated. However, a D.C. law coined the Good Samaritan Act provides liability protection for food donors. According to Passariello, this law has helped make Aramark eager to help with the project.

Passariello and Sadanandan said they hope to partner with several on-campus organizations to make this project successful, including Hoya Hub, a pantry that serves as a resource for Georgetown community members experiencing food insecurity, and Georgetown Homeless Outreach Programs and Education, a club focused on issues of homelessness and housing justice.

Passariello said they have been able to recruit more than 40 students to work with the FRN on campus.

“The amount of students that are excited to volunteer and help with recovery runs shows how this issue of food waste at Leo’s has been on students’ minds for a really long time and it is finally time to take action by simultaneously creating impact in our community,” Passariello wrote.