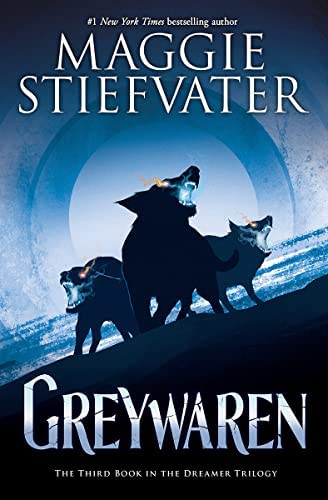 This review contains spoilers for “Greywaren” by Maggie Stiefvater.

“Greywaren” — the final book in “The Dreamer Trilogy” — is nothing short of a triumph, demonstrating author Maggie Stiefvater’s ability to strike the perfect balance between a magical plot and realistic, complex characterization.

“Greywaren” marks the final installment of both “The Dreamer Trilogy” and “The Raven Cycle” universe, a young adult magic realism series that stretches across seven books and two series. The novel marks the best in the series for one key reason: it exemplifies the best of what the young adult genre can be.

A common criticism of the genre is that the characters are often presented as one-dimensional, or without a critical eye from the author or narrator. Yet, Stiefvater expertly avoids this trap. Throughout “Greywaren,” Stiefvater guides the main characters — all between 16 and 22 years old, a classic range for a young adult series — through deep, complex and even shocking moments of emotional growth while still balancing the plot-focused storytelling required of a fantasy author.

The book centers around the premise that Ronan Lynch — also known as the Greywaren — can pull objects, and even people, from his dreams. Stiefvater uses this magical world to craft innovative circumstances under which the readers can watch characters undergo emotional growth.

For example, the character Bryde is a human created from Ronan’s dream, a manifestation of Ronan’s deepest angers and fears. Bryde acts as an antagonist throughout “Greywaren” and the previous book, “Mister Impossible.” As Ronan’s friends and family dislike Bryde for his “negative” influence on Ronan’s reckless behavior, magical circumstances provide another view into the darkest parts of Ronan’s personality. Despite initially viewing Bryde as an antagonist, by the end of “Greywaren,” I saw him as a sympathetic character for whom I even felt compassion.

Stiefvater’s expert use of magical realism to develop her characters throughout the trilogy does not stop with Ronan and Bryde. Take Declan Lynch — the eldest of the three main brothers — who Stiefvater often defined by his hatred for their dead father. In “Greywaren,” Stiefvater takes Declan — and the reader — on a journey that ends with an unexpected twist: Declan realizes he never hated his father Niall. Rather, he simply misses him so much that his grief and sorrow had disguised themselves as an emotion far easier to digest.

This emotional discovery is intertwined with the action-packed magical elements of the plot. While a clone of his father holds him hostage, Declan views Niall’s memories using a magical device, which allows him to finally process Niall’s death. These moments are what makes Stiefvater’s work so poignant; the reader finds themselves invested in the magic of it all before being slapped in the face with this emotional truth that, for many of us, cuts quite deep.

Many young people contend with the realization that their parents were only ever human and just as flawed as we are, and that’s okay. Stiefvater allows us to resonate with the characters and process our own emotions while enjoying the magical, plot-driven elements that move the book along so smoothly.

For readers who have been with the series since the first installment in 2012, “Greywaren” is a series finale that met and exceeded expectations.

“The world felt enormous, both past and future, with their slender present hovering in the middle,” Stiefvater wrote on the final page of “Greywaren.” And for those of us, like me, who grew up with the series and now find ourselves standing before that same enormous world, “Greywaren” felt like a precious slice of that slender present that I will never forget.