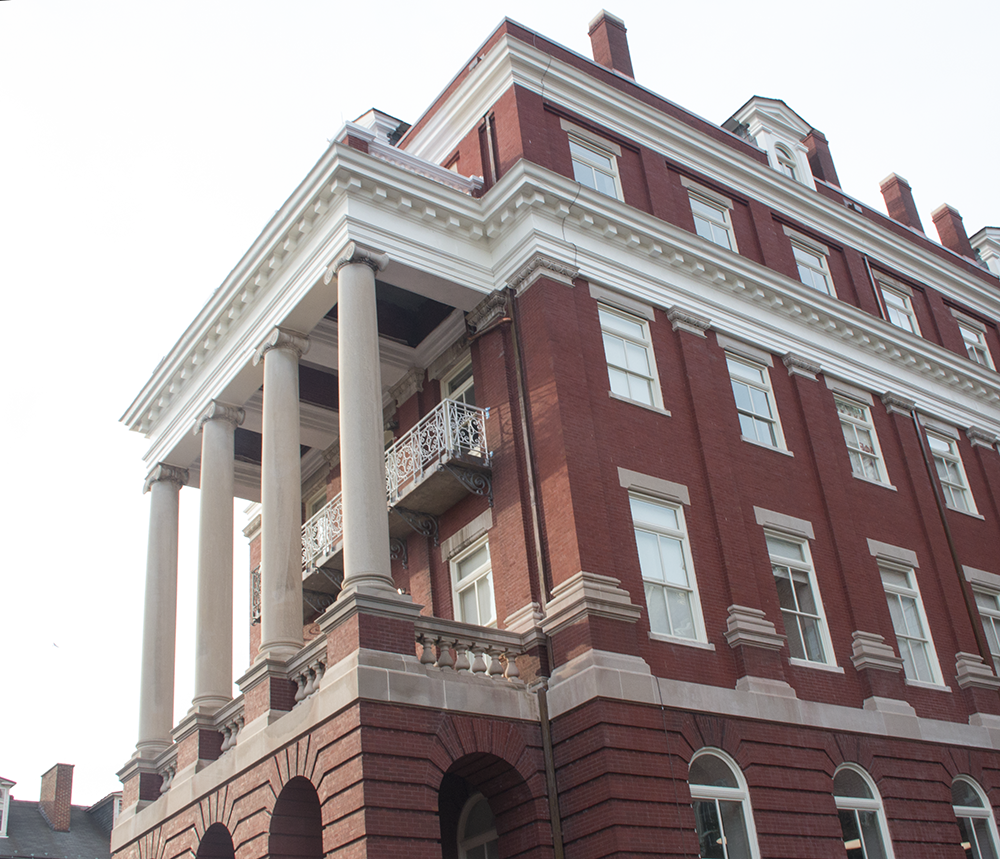 In response to the recent dialogue sparked by the naming of Mulledy Hall, University President John J. DeGioia has charged a working group of faculty, students and alumni to discuss the memorialization of the history of Jesuit slaveholding at Georgetown.

The Working Group on Slavery, Memory and Reconciliation announced that it will seek to address the history and ongoing ramifications of slaveholding by Jesuits at Georgetown during the late 18th and early 19th centuries. This is the first working group on slavery charged by the president of a Jesuit university in the United States.

The announced retention of Mulledy Hall’s name reignited discussion of the history of slavery at Georgetown earlier this academic year. The hall, which comprises the Former Jesuit Residence alongside Ryan Hall, was named after former University President Fr. Thomas F. Mulledy, S.J., who authorized the sale of 272 slaves owned by the Society of Jesus in Maryland to two plantations in Louisiana after he completed his term as president in 1838, ensuring their continued enslavement.

In a university-wide email sent last Thursday, DeGioia identified the primary objective of the working group as providing recommendations on how the university should reconcile with the historical connection between Georgetown and slavery.

“I have asked this working group to provide advice and recommendations to me on how best to acknowledge and recognize Georgetown’s historical relationship with the institution of slavery, examine and interpret the history of certain sites on our campus, to include Mulledy Hall, and convene events and opportunities for dialogue,” DeGioia wrote.

DeGioia selected history professor Rev. David Collins, S.J., to serve as chair of the working group, as well as 13 other members representing different facets of the university community, including English professor Carolyn Forché, Vice President for Institutional Diversity and Equity Rosemary Kilkenny and student Matthew Quallen (SFS ’16), a columnist for The Hoya who has previously written on the history of slaveholding at the university.

After the addition of a member from the Black House, which has yet to select a representative to the committee, the membership size will increase to 15.

In his position, Collins will lead the committee in not only evaluating a potential change to the name of Mulledy Hall, but also in consolidating resources regarding the history of slavery at Georgetown.

“It’s more than about the name of a building,” Collins said. “It’s about bringing into consciousness and expanding our concrete knowledge of what happened, what the implications and significance are for that and how it should be part of our self-understanding as not just any university, but as Georgetown University.”

At the group’s first private meeting on Thursday, Collins distributed a reading list of books and online materials, which included a selection from Professor Emeritus Robert Emmett Curran’s “The Bicentennial History of Georgetown University.”

Collins also said that the committee considered similar initiatives in other universities with histories involving slavery, such as Brown University, the University of Virginia and the College of William and Mary.

In 2003, Brown University President Ruth Simmons charged a steering committee to address the historic relationship between the university and slavery, particularly the Brown family’s involvement in the slave trade.

However, Collins said that the working group will specifically focus on slavery in the context of Georgetown’s history.

“[Brown] is a kind of a gold standard for how it might be done,” Collins said. “Our situation is different. Our history is different. There is no absolute boilerplate.”

After developing a comprehensive understanding of the university’s slaveholding history, Collins said that the group will shift its focus to the current implications of slavery on the university community and society as a whole.

“The question [is] not just ‘Well then, how do we airbrush somebody out of a photograph that did something deplorable?’ but ‘How do we look at a blindness that had a vicious dimension to it in the early 19th century, and use that as a moral example to find the blindness and the viciousness in ourselves?’” Collins said.

Although the group has not made specific plans yet, Collins referred to artistic projects and events such as public forums as ways to increase the community’s awareness of the issue.

Office of the President Chief of Staff Joe Ferrara said that DeGioia acknowledged the difficulty of the committee’s work.

“Talking about slavery in our country is not always pleasant. It’s a painful memory,” Ferrara said. “[DeGioia] really thanked the group and said, ‘This is not always easy work.’”

Fr. Matthew Carnes, S.J., a member of the working group, said that the committee will work to engage the entire community through its work.

“It’s not that this group is a closed group that’s having this conversation on campus. It’s actually in dialogue with so many other actors on campus: student groups, residential life, student affairs, our academic departments. All of these will be in dialogue,” Carnes said. “We are going to learn a lot from what others bring to us throughout the year.”

Associate professor of history Marcia Chatelain, another member of the committee, agreed that the group will help the community understand more about Georgetown’s history.

“I hope I can bring my experiences in helping communities have difficult dialogues with openness and respect. Also, as a historian, I’m always happy to see any process that allows people to learn more about institutions they hold near and dear,” Chatelain wrote in an email to The Hoya.

Connor Maytnier (COL ’17), a resident assistant at the FJR and one of three students on the committee, said that he looks forward to including the voices of the wider community in the group’s discussions.

“While there will always be the 14 of us working diligently as a group to continue researching, interpreting and discussing, it is important that we engage the greater university community, both past and present, throughout this process as best we can,” Maytnier wrote in an email to The Hoya.

Christopher Wadibia (COL ’16), who has served as a student delegate to the FJR planning committee and was selected for the committee, said that he hopes the group will reflect the values of the community.

“I would like to see the working group come to a conclusion honestly representative of the will of Georgetown’s heterogeneous yet singular community,” Wadibia wrote in an email to The Hoya.

Through the working group, Collins said that he hopes to start a meaningful dialogue on campus reflecting on the university’s history.

“President DeGioia could have administratively changed the name [of Mulledy Hall] just overnight,” Collins said. “But this is the virtue of being at a university and taking that aspect of our identity very seriously. We’re not going to do it overnight. There are ways that that could be easier, but the lesson would be lost.”