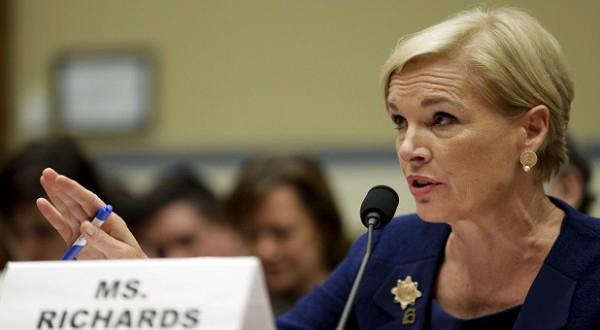 Conservative and religious groups both on and off campus are raising voices of opposition over the Georgetown University Lecture Fund’s announcement that President of the Planned Parenthood Federation of America Cecile Richards will speak at Georgetown in April.

Since the announcement March 3, the Cardinal Newman Society, the Archdiocese of Washington and students have spoken out against the student-run Lecture Fund’s invitation.

Georgetown University released a statement March 3 reaffirming its commitment to freedom of speech on campus in a statement, but neither condoned nor condemned Richards’ upcoming visit.

“We recognize that the perspectives of some speakers run counter to the Catholic and Jesuit values that animate our university,” the university wrote. “We work very hard to ensure that these values maintain a privileged place in our community while at the same time providing a forum that does not limit speech either in the content of the view being expressed or the speaker expressing the view.”

Planned Parenthood and Campus Ministry declined to comment. For an earlier brief on this story, the Lecture Fund released a short statement.

Cecile Richards has served since 2006 as the president of Planned Parenthood, a non-profit organization founded in 1916 dedicated to promoting and delivering reproductive health care, sex education and contraceptives internationally. Richards previously founded and served as president of America Votes, a coalition affiliated with the Democratic Party, and as deputy chief of staff to Nancy Pelosi, the democratic leader in the U.S. House of Representatives.

Planned Parenthood has come under fire during the 2016 electoral cycle after undercover anti-abortion activists alleged, based on secretly recorded videos, that the organization sells aborted baby organs to scientific laboratories for profit. In response to the allegations, Planned Parenthood claimed it only received compensation for the transport and storage of the organs, which have been used in research contributing to a Polio vaccine, as well as in treating Parkinson’s and Alzheimer’s diseases.

The Archdiocese of Washington released a statement March 7 regarding the event, urging Georgetown’s Jesuit community to better impart the Catholic Church’s values on the university.

“The Jesuit community on campus clearly has its work cut out for it and a long way to go as it tries to instill at Georgetown some of the values of Pope Francis. Until then it is hard wholeheartedly to share in the cry, ‘Go Hoyas!’” the statement reads.

The Cardinal Newman Society, which was founded in 1993 by Catholic college alumni with the goal of promoting and defending Catholic education created a petition March 9 urging the university to cancel the event. The petition, titled “Tell Georgetown: Say NO to Planned Parenthood President,” received over 7,000 signatures in its first 24 hours. As of March 16, the petition had 13,000 signatures.

Patrick Reilly, founder and president of the Cardinal Newman Society, spoke with CNS News on the issue, claiming the allowance of Richards’ visit shows Georgetown’s lack of commitment to its Catholic morals and identity.

“Besides a clear bias in the choice of speakers, there’s no sense of moral truth, which is the central point of a Catholic university. Either you accept Catholic moral teaching as true or you do not. In the case of Georgetown, they simply do not,” Reilly said.

“First, the policy prohibits expression that ‘endangers or imminently threatens to endanger the safety of any member of the community’ Cecile Richards advocates for the killing of innocent human life by abortion,” the petition states. “Hosting an abortion advocate on campus is offensive and hurtful to those healing from a past abortion.”

“A university group giving Cecile Richards alone the platform to advocate for abortion is contrary to Georgetown’s Catholic and Jesuit identity,” Noronha wrote in an email to The Hoya.

Conservative student groups have similarly voiced their opposition to the Lecture Fund’s invitation.

Ximena Céspedes (COL ’19), a member of Vita Saxa and the Catholic Daughters, voiced her concerns about Richards’ lecture topic and how it aligns with the message of H*yas For Choice, an on-campus student organization dedicated to pro-abortion rights activism. H*yas for Choice, which is not recognized by the university, is the only provider of free condoms on campus and is also a provider of comprehensive information on sexual health and pregnancy services.

“If H*yas for Choice had invited her to speak on campus, I don’t think it would’ve been a problem, but there’s the fact that the Lecture Fund is recognized by the university,” Céspedes said.

H*yas for Choice President Sophia Kleyman (COL ’16) said she appreciated the university’s dedication to free speech in light of the controversy surrounding Richards’ invitation and hoped others would recognize how such a dedication does not take away from its Jesuit identity.

“I think first of all, it’s important to know that, just because Georgetown is hosting a speaker that goes in contradiction to what the church believes, doesn’t mean that makes Georgetown any less Catholic, any less dedicated to upholding Jesuit values,” Kleyman said. “The conversation should be applauding Georgetown for the fact that they’re able to acknowledge the contradictory views but also on the fact that it’s important to uphold a diversity of ideas and viewpoints.”

Alliemarie Schapp (COL ‘19), who plans on attending the event, said she came to Georgetown for its open dialogue and conversation on pressing issues in modern society, exemplified by events like these.

“Planned Parenthood has a lot of services beyond promoting abortions, and if that’s an individual’s only objection to having [Richards] come and speak, then I think that that objection should be evenly applied to anyone who comes to campus who holds the view of being pro-choice, and that is simply illogical,” Schapp said. “If President DeGioia rescinded the invitation it would affect my view of Georgetown negatively.”’

Richards is scheduled to speak at Georgetown in April, with the Lecture Fund so far only confirming that the event will be closed to the public and that it will consist of remarks followed by a question-and- answer period.