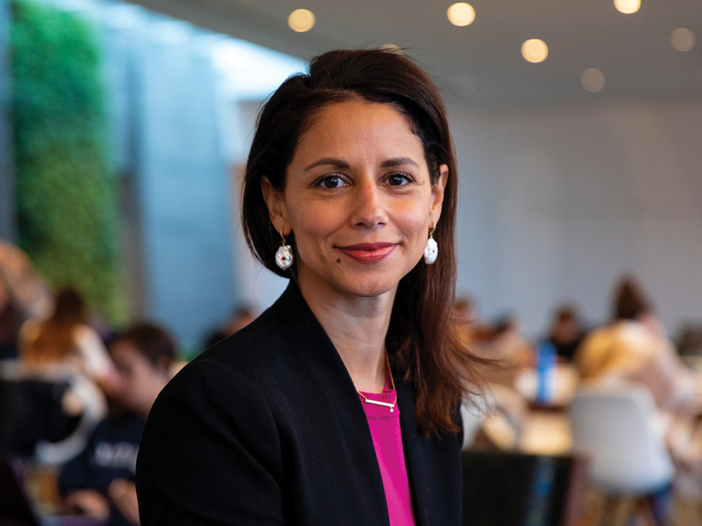 Jennifer Crewalk was named the associate director for undocumented students as part of the Center for Multicultural Equity and Access in a Feb. 6 university news release, after the former director stepped down Jan. 31.

Crewalk previously served as co-director of Casa Hispanica, a living-learning community at the University of Pennsylvania that seeks to cultivate Spanish language immersion and cultural exposure. In her new position at Georgetown, Crewalk will provide support for students and coordinate legal information and resources for the undocumented community.

Crewalk will work in the Center for Multicultural Equity and Access as well as serve as director of group initiatives in the university’ Division of Student Affairs. Building advocacy and awareness for the undocumented community are top priorities for Crewalk, she wrote in an email to The Hoya.

“I’m looking forward to focusing on community healing, the present needs of our students, but also ask all of us to be visionaries for what is possible for the near future,” Crewalk wrote. “Our undocumented students are the freedom fighters of this moment and time, and they are helping to awaken people to how important it is for our communities to be conscious.”

The CMEA seeks to support students of color in a variety of ways with someone to talk to about personal issues or concerns, affordable options for textbooks, printing or summer housing and community building. The first associate director for undocumented students Arelis Palacios left her position Jan. 31 to pursue a doctoral degree at the University of Texas at Austin. Palacios announced her departure in October 2019, after being appointed to the position in 2017.

Crewalk’s appointment in the CMEA will help the university to fulfill its commitment to undocumented students, according to Charlene Brown-McKenzie, director of the center.

“Georgetown provides Undocumented Student Resources to ensure the dignity and care of all members of the university community,” Brown-McKenzie wrote in an email to The Hoya. “Jennifer brings a wealth of experiences that will further bolster this support for undocumented students across Georgetown’s campuses.”

In addition to CMEA programming and efforts, student groups on campus have led advocacy efforts for undocumented students. In November 2019, Hoyas For Immigrant Rights launched the #HomeIsHere Walkout co-sponsored by over 40 student organizations on campus.

Crewalk’s appointment will help expand efforts already in place by groups such as HFIR including upcoming undocuweek programming from April 3 to April 7, according to HFIR President Arisaid Gonzalez (COL ’21) and Vice President Anahi Figueroa (COL ’21).

“We would like to welcome the new director for undocumented students, Jennifer Crenwalk to Georgetown,” Gonzalez and Figueroa wrote in an email to The Hoya. “As HFIR, we hope to work with Jennifer to foster community and advocacy within our communities, as well as continuing to support UndocuHoyas at Georgetown.”

Crewalk, who earned her master’s degree in intercultural communications from the University of Pennsylvania and her bachelor’s degree in psychology from Rutgers University, is currently completing doctoral work in educational psychology at George Mason University.

As part of her doctoral work, Crewalk is researching the risk, resilience and resistance associated with being a trainer for an undocumented student ally program, according to Brown-McKenzie.

“Jennifer comes to Georgetown with experience and passion that will serve her well as the new Director for Undocumented Students,” Brown-McKenzie wrote.

The university has also undertaken recent initiatives to support the undocumented student community on campus, including signing on to an October 2019 amicus brief to the U.S. Supreme Court calling for the continuation of the Deferred Action for Childhood Arrivals program.

The university has additionally held conversations with other universities around ways to protect undocumented students on college campuses throughout the country. By building awareness for of undocumented students on campus and encouraging other communities to recognize their privilege, Crewalk hopes to build a larger advocacy base on Georgetown’s campus, she wrote.