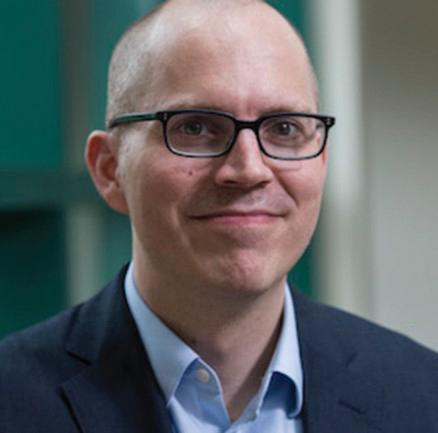 The largest U.S. center focused on artificial intelligence technology and policy is set to open on Georgetown University’s campus in fall 2019.

The center will be housed in the Walsh School of Foreign Service, offering undergraduates the opportunity to partake in research as assistants and students, according to SFS Dean Joel Hellman.

“First of all, they are going to be doing really interesting research on issues related to AI, advanced computing and security,” Hellman said in an interview with The Hoya. “We hope that we are making available to them a kind of ready group of talented, eager, researchers who want to build up their knowledge and expertise and can help more experienced researchers.”

The new initiative, named the Center for Security and Emerging Technologies, will be funded by a $55 million grant from the Open Philanthropy Project, a nonprofit foundation that aims to improve public welfare, and will host approximately 20 researchers to study cybersecurity, technology policy and artificial intelligence, Georgetown announced in a Feb. 28 news release.

The newly hired specialists will also be encouraged to integrate with the university community through outlets other than research, according to Hellman.

“They could be giving lectures in individual classes, they could be teaching as adjunct faculty members,” Hellman said. “They could be available for coffee chats and lectures and other things for students who are really interested in this area.”

The CSET will meet the growing need for policy makers in artificial intelligence by dedicating itself fully to the topic, according to Jason Matheny, the founding director of the CSET.

“We will focus mainly on AI and cybersecurity for the beginning, as policy makers are increasingly asking for advice on AI and technology policy,” Matheny said in an interview with The Hoya.

The center will work closely with the Science, Technology, and International Affairs program in the SFS to provide the major with new classes and broader expertise, according to Mark Giordano, STIA director.

“Getting people at Georgetown who work on artificial intelligence and cybersecurity, getting the right faculty is really difficult because there’s so much industry demand,” Giordano said in an interview with The Hoya. “This is going to be a huge new injection of skill to SFS, STIA and Georgetown more generally.”

Georgetown was chosen to house the center in Washington, D.C. and abroad based on its ties to public policy, technology and its extensive global network, according to Hellman.

“Knowing that we not only deep ties to the defense community, the intelligence community the legislative and regulatory communities here in Washington but that we also have deep ties and networks across Asia, across Europe and elsewhere was I think the main feature that attracted the group working on this to Georgetown,” Hellman said.

The Open Philanthropy Project said the mission of CSET embodies its values of reducing the risks of technological advances in AI, according to a post on the foundation’s website.

“We think one of the key factors in whether AI is broadly beneficial for society is whether policymakers are well-informed and well-advised about the nature of AI’s potential benefits, potential risks, and how these relate to potential policy actions,” the website reads.

The $55 million grant is the largest amount ever given by the Open Philanthropy Project, and the second grant given to Georgetown. The foundation has previously granted the university $250,000 for research on marijuana legalization and health initiatives.

The center will add an important element to the university’s technology curriculum, according to Hellman.

“We really do think the center represents a sweet spot for Georgetown in linking the latest advances in technology to the deep traditional ties that we have in the policy community all based on an ethical and moral foundation of what these changes mean for policy,” Hellman said.