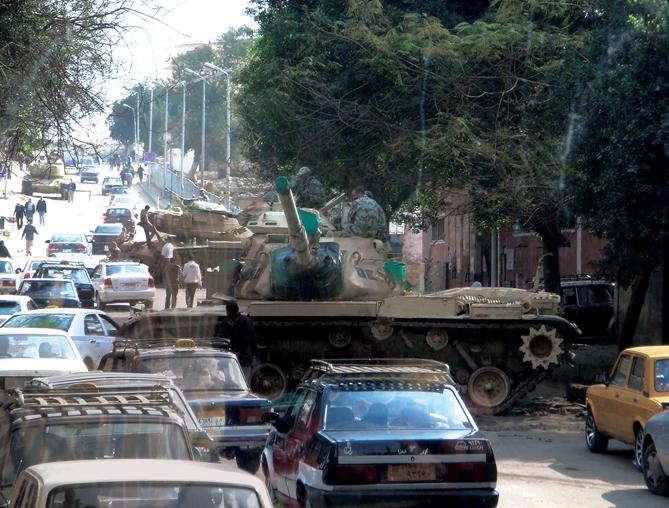 All 15 Georgetown students studying at the American University in Cairo have been evacuated from Egypt, where a nine-day-old uprising against President Hosni Mubarak’s regime has prompted the leader to withdraw from upcoming elections.

On Monday afternoon, the group landed securely in Doha, Qatar, and was welcomed by School of Foreign Service personnel.

“The Qatar Airways flight with Georgetown University’s students studying abroad in Cairo, Egypt, has just landed safely in Doha, Qatar,” university spokeswoman Julie Bataille wrote in an email at 12:15 p.m. Monday. “All of our undergraduate students were on the flight and are now in Doha with representatives from Georgetown’s School of Foreign Service campus there.”

Plans to evacuate were made this weekend, after the American embassy in Cairo issued a statement saying that all non-critical personnel should leave the country, according to Anna Weber (SFS ’12), who was planning to study in Cairo for the semester.

Bataille said on Sunday that the university will next focus on facilitating other academic options for the remainder of the term.

“Our first priority was to ensure their safe transport out of Egypt. We will now begin to focus on appropriate next steps as students consult with family members and academic advisers,” Bataille said.

According to Weber, the likelihood of heading back to Cairo is slim.

“Most students are not hopeful about returning. There’s a question of whether AUC will remain open for the semester,” Weber said.

Weber said that the university is considering having students study abroad at SFS-Q or sending them back to the United States to complete their terms on the main campus.

“Once students have safely departed, we will focus our full attention on alternative academic arrangements for the remainder of the spring semester,” Bataille said.

Weber reflected on the university’s decision to evacuate students from Egypt, where the eighth day of protests saw greater military reinforcements along with a newly coalesced grassroots movement.

“There are a lot of mixed emotions. A lot of us were very excited about being in Egypt, but there’s definitely relief because it’s been very tense the last couple of days,” Weber said. “Having the certainty that we’re leaving is definitely good.”

Weber added that students were not able to leave their dorms at all this weekend, but they sensed the rising unrest from within the confines of their rooms in Cairo’s upscale district of Zamalek.

“We haven’t been able to witness a lot of the protests firsthand, but we can hear gunfire from the building and smell tear gas in Zamalek,” Weber said.

A state-enforced curfew and curtailed access to information blurred Weber’s awareness of the conflict, which has swept through Egypt this week and signals a possible shift of power in the Middle East’s most populous country.

“There’s been no Internet, limited cell-phone usage and sometimes Al-Jazeera has gone out,” Weber said. “Sometimes I feel like I know less about what’s going on across the river than people in the United States.”