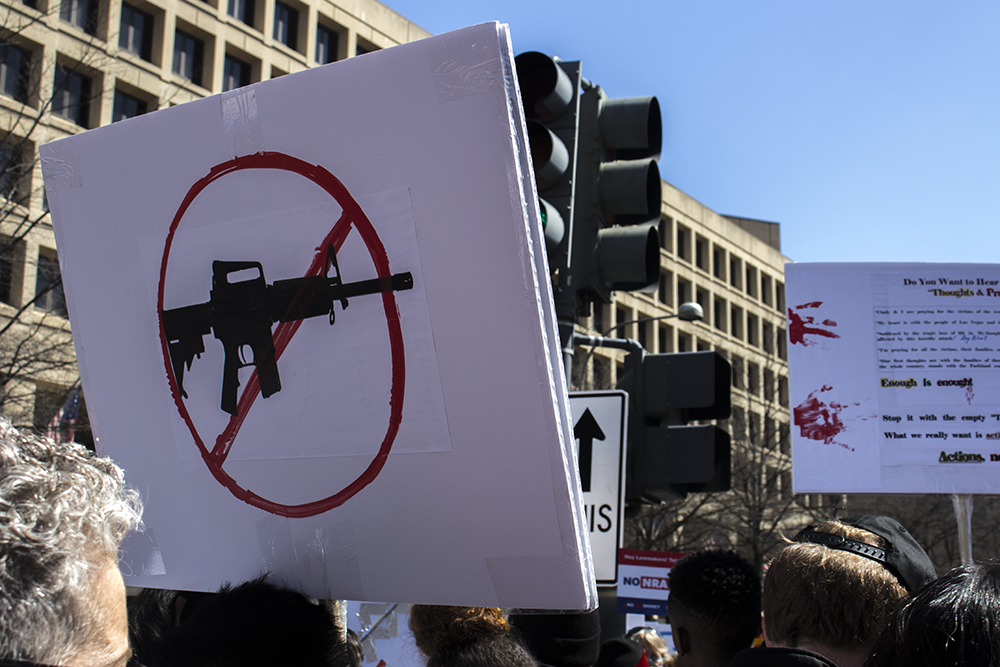 A universitywide proposal banning firearms, weapons and explosives on campus was unanimously approved by Georgetown University’s faculty senate Nov. 28 and is set for final review Jan. 17, according to an email sent to members of the Georgetown community.

Georgetown prohibits weapons on campus through its Code of Student Conduct and Human Resources Policy Manual, but has not previously instituted a universitywide policy.

The new weapons policy, which is based on the policy currently in place at American University, will be located in Part IV of the faculty handbook, according to the email sent by faculty senate President Wayne Davis.

The policy applies to anyone present on campus, including students, faculty, employees and visitors; it prohibits all firearms, explosives and weapons on Georgetown grounds or property, at events, and in any vehicle controlled by the university. A date to implement this policy has not yet been set.

Violators of the policy, which will be overseen by the Georgetown University Police Department, will be subject to the university’s disciplinary process and may also be referred to local law enforcement officials. Penalties for violating the policy may include confiscation of the weapon, suspension, barring from campus and university activities, dismissal or termination.

The restrictions are part of the university’s efforts to promote a safe learning and work environment for the Georgetown community, according to the policy.

Although a Washington, D.C. law that restricts concealed handguns in public was declared unconstitutional in July 2017, the portion of the law that bans guns at schools, universities and hospitals was not struck down.

The Georgetown board of directors approved the posting of 21 regulatory signs advertising the university’s ban of weapons around campus Nov. 1.

The policy includes several exceptions, including for law enforcement officers, easily identifiable toys, chemical compounds for scientific research and pepper spray. Armed objects on display for artistic or cultural value and inert objects used by university-recognized groups in activities are also allowed, but only with prior approval from GUPD.

The faculty senate worked in conjunction with GUPD and the Office of General Counsel to draft the policy, which will be sent out to all faculty for objections or suggestions. The senate will review the policy Jan. 17.

Co-Chair Margaret Gleason (COL ’22) of Georgetown’s chapter of March For Our Lives, a national movement in favor of stronger gun violence prevention measures, said the policy may help students feel safer on campus.

“March For Our Lives Georgetown is strongly in favor of the proposed policy regarding firearms, weapons and explosives on Georgetown’s campus,” Gleason wrote in an email to The Hoya. “We hope that the implementation of this policy will help all Georgetown students feel safer in our community and ensure that we never have to experience the tragedies that too many communities across our country have endured.”