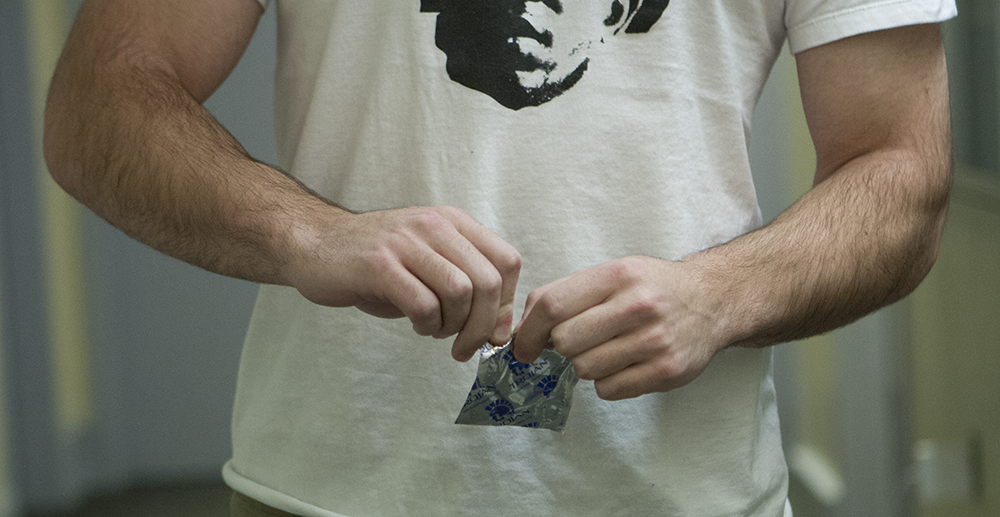 Georgetown fell 19 spots, from 93 to 112, in the 10th Annual Trojan Brand Condoms’ 2015 Sexual Health Report Card, a study that ranked 140 colleges and universities based on the accessibility of sexual health resources and information available to students on campus.

The report card, released Nov. 4, graded schools on services across 11 categories including quality of resources and information, HIV and STI testing, condom and contraceptive availability and sexual assault programs and resources. In 2013, Georgetown ranked 96.

Trojan Brand Condoms partnered with Sperling’s BestPlaces, an independent research company, to conduct its survey. Bert Sperling, the survey’s creator, said the drop indicates a lack of improvement rather than a decline in services.

“It’s not what I would call a significant drop,” Sperling said. “It could be a matter of Georgetown not having really any less services than last year. It could also have a lot to do with how a lot of the schools around it changed their positions.”

Sperling also said the lack of information about both male and female contraceptives online contributed to Georgetown’s low ranking. Currently, the website only lists common first signs of pregnancy and directs students to Health Education Services.

Director of Georgetown’s Student Health Center James Marsh said he is surprised by the university’s drop in the ranking.

“We have not changed anything regarding how we offer access to sexual health services,” Marsh wrote in an email to The Hoya. “I am puzzled as to why we fell in the rankings.”

According to Marsh, the university’s relatively low ranking may be attributed to its religious affiliation.

“As a Catholic institution, we do not offer or discuss abortion services or offer free contraceptive devices, such as condoms,” Marsh wrote.

“This lack of resources is mitigated by unofficial student groups, such as H*yas for Choice, but the need is not fully addressed,” Moore wrote in an email to The Hoya. “It often seems like the conversations around sexual health are not being addressed on an institutional level through offices and programs.”

H*yas for Choice Events Coordinator Dani Reardon (COL ’18) said that the group faces obstacles in its work to fill the gaps in sexual health resources.

“Because of our lack of resources and funding, we cannot always meet student need,” Reardon wrote in an email to The Hoya. “For example, H*yas for Choice cannot provide birth control and, in general, students are unable to get birth control at Student Health unless they explicitly state they are using it for hormone regulation and not for the purpose of birth control.”

Researchers collected extensive data via student health center representatives, along with follow-up secondary research on those centers and services they provide on campus.

“We provide comprehensive screening, testing and treatment for the entire array of sexually transmitted infections,” Kessler wrote in an email to The Hoya. “We also prescribe hormonal contraceptives for medical indications such as irregular periods [and] severe cramps.”

In addition to the services provided by the Student Health Center, HES offers free pregnancy tests and has a special phone line for sexual health questions and pregnancy concerns.

HES Director Carol Day said the program addresses a variety of issues beyond health and pregnancy.

“Our office is also the best first stop for students who are impacted by sexual assault, relationship violence [and stalking],” Day wrote in an email to The Hoya.

Marsh agreed that certain aspects of the Student Health Center could be improved.

“We could examine our approach to sexual health education offered during private office visits to ensure we are offering the most accurate and current information” Marsh wrote. “We could also strengthen our relationship with the department of health education.”

Moore said the addition of programs that address sexual health and healthy relationships could greatly improve the university’s standing.

“We have programs that encourage authentic discussion around sexual violence, but those issues are undoubtedly linked to the collective silencing around consent and what it means to engage in a healthy sexual act,” Moore wrote.

OSU was named the best school in the country for sexual health for the second year in a row, earning perfect scores in nearly every category.

Sperling highlighted the importance of the report card for both students and administration in opening a dialogue about student sexual health.

“It provides documentation for dialogue, a sort of evidence,” Sperling said. “Students have, in the past, gone to their administration and said ‘Look how we’re doing. Why aren’t we doing better than other schools? Why aren’t we getting the information that other people have?’”

Sperling also touted the rankings as a resource for parents interested in learning what resources and information are being offered to their children.

“This is the first time for a lot of students leaving home and it’s great to know that the college is providing this information so students can make the transition into adulthood in the best way possible,” Sperling said.

According to Moore, conservative alumni and outside organizations have pressured the university to avoid providing information and resources surrounding sexual health.

“As a Catholic institution, the university is tied to moral teachings and understandings around sex that might not always prioritize the well-being of students,” Moore wrote. “It’s crucial to understand that our Jesuit messages of cura personalis apply to addressing students’ sexual health decisions.”

Reardon said that the unversity’s religious affiliation is no excuse for its lack of resources.

“While I understand that Georgetown’s Catholic identity is deeply entrenched, it is unhealthy for Georgetown to not be realistic about the sexual health needs of its students,” Reardon wrote.