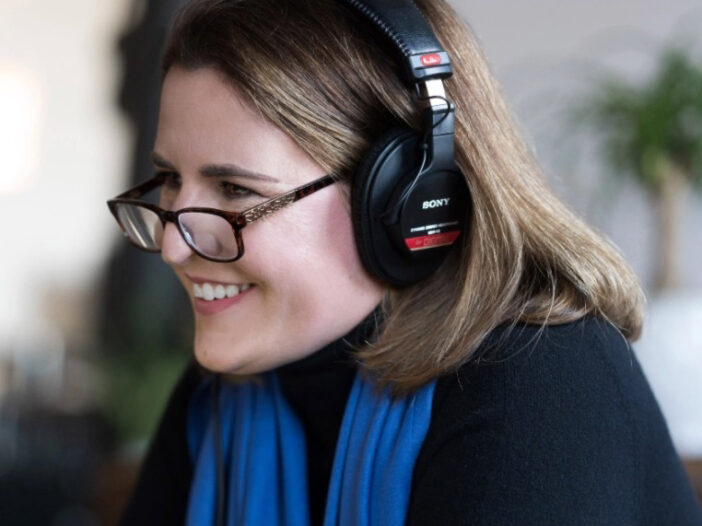 As she entered the 25th year of her investment banking career, Dawn Carpenter (GRD ’20) stopped to ask herself, “What am I doing with my life?”

Carpenter left her Wall Street career in 2013. Questions about the ethics of her work and the market system she helped influence lingered on her mind. The desire to answer these questions, combined with her interests in theology and business, led her to create a new podcast titled “What Does It Profit?” which released its first three episodes Oct. 20. Each episode features an interview with a different guest from the world of business and examples of how capitalism can be a force for good.

“We want to take this snapshot in time where business itself has identified a real problem,” Carpenter said in a Zoom interview with The Hoya. “I mean, we’ve created and perpetuated things like rampant inequality, degradation of environments, marginalization of people, you know, all of these negative things. And we’re saying that, yes, that’s true. But there are people out there that are trying to do something about it, and so we want those stories to be told.”

Some of the guests featured in the first season of the podcast include Nobel Peace Laureate Jody Williams, hedge fund manager Fahmi Quadir and corporate legal scholar Adam Winkler, according to the podcast’s website.

The podcast’s name is derived from the Bible verse Mark 8:36, “For what shall it profit a man, if he shall gain the whole world, and lose his own soul?”

“This bible verse has endured over the centuries as a reminder that we can’t put our price tag on what matters most,” Carpenter’s website states.

Carpenter first started down the road to creating the podcast when she began thinking about how theological ideas could make for more ethical business.

“I started writing about the intersection of theology and business, and I knew I needed more,” Carpenter said.

Having begun her career in investment banking, Carpenter decided to return to school and begin a doctorate program in liberal studies at Georgetown University in 2015. In addition to her studies, Carpenter has worked with the Kalmanovitz Initiative for Labor and the Working Poor since 2016.

Previously, Carpenter partnered with the McDonough School of Business to create her first podcast “More than Money” in 2011. The show ranked 11th on iTunes Business but due to legal trademark issues with the podcast’s title, Carpenter decided to end the project.

Three Georgetown undergraduate students, Nate Kral (COL ’22), Niels Ruigrok (COL ’22) and Andrew Berg (MSB ’21), support the podcast’s production. All three were enlisted as research assistants for the podcast and also played a variety of roles in the production of the podcast itself (Full disclosure: Kral currently serves as the multimedia editor at The Hoya).

Though episodes feature experts familiar with business, the podcast is designed for a general audience and does not require listeners to have any prior technical knowledge of the topics discussed, according to Kral.

“It’s easily digestible, and it’s a really awesome way to connect people with people who aren’t necessarily celebrities but people who are doing really good work in the business world,” Kral said in an interview with The Hoya.

The team released the first three episodes together covering topics including short-term investing strategies, corporate consciousness and long-term shareholder activism. New episodes will be published every Wednesday through the end of the year.

For Ruigrok, the podcast also provides an important perspective of optimism about the business world by highlighting efforts of positive change.

“In a relatively short period of time, it gives you great anecdotes of passionate people actually making a difference in the business world and showing that it’s not all grim,” Ruigrok said.