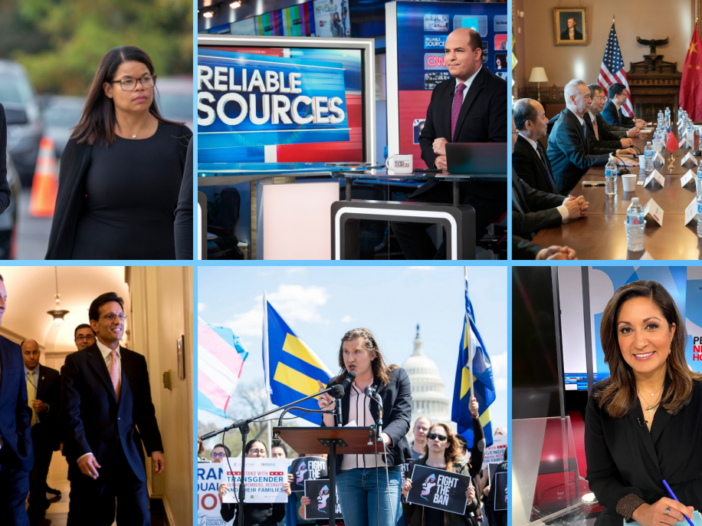 The Georgetown Institute of Politics and Public Service announced its newest cohort of fellows for the fall 2021 semester Aug. 23, including Brian Stelter, CNN chief media correspondent, and other prominent figures involved in political advocacy, communications and journalism.

The institute hopes this new class of fellows will bring in-depth discussions and diverse perspectives to campus, according to GU Politics Executive Director Mo Elleithee (SFS ’94).

“As we return back to campus after over a year away, we’ve built a class of Fellows that matches the energy students are bringing back to the Hilltop,” Elleithee wrote in a press release.

After its founding in 2015, the fellows program has brought five to six prominent political figures to campus each semester. This semester, the program will host an in-person Fellows Fest and GU Politics Kickoff on Sept. 9 to celebrate the 13th class of fellows. Throughout the upcoming semester, the fellows will host discussion groups and office hours. Students can apply to work closely with the fellows on student leadership teams.

Clymer is a LGBTQ activist and veteran who currently works as a freelance communications consultant. Previously, Clymer served as press secretary for rapid response at the Human Rights Campaign, reporting on LGBTQ-related policy, as well as the director of communications and strategy for Catholics for Choice, a nonprofit advocating for pro-abortion rights.

Cooper currently serves as a partner at Purple Strategies, a reputation management firm. He previously worked as the communications director for former House Majority Leader Eric Cantor. Cooper also served as part of the original Department of Homeland Security staff at the White House following the 9/11 attacks.

Nawaz is the chief correspondent for PBS’ “NewsHour,” previously having reported at ABC News and NBC News. Nawaz has won a variety of broadcasting and journalism awards, including a News and Documentary Emmy Award in 2010 and a Peabody Award in 2019.

Pearcey most recently served as the political director and senior adviser for the presidential campaign of Sen. Elizabeth Warren, overseeing strategy in all states and territories. In 2020, Pearcey worked as a senior adviser at the Democratic Congressional Campaign Committee. Currently, Pearcey serves as vice president at Bryson Gillette, a strategic communications and public affairs firm.

Stelter is the chief media correspondent for CNN and host of CNN’s “Reliable Sources,” a weekly show on the media and current events. Stelter is also a former media reporter for The New York Times. Stelter published his New York Times bestselling book in 2020, “Hoax: Donald Trump, Fox News, and the Dangerous Distortion of the Truth.”

Correction: This article was updated on Aug. 23rd to clarify Cooper’s veteran status.