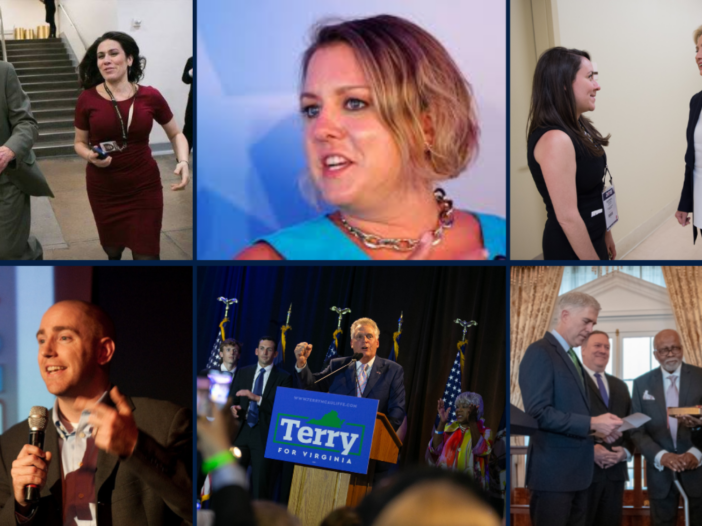 The new cohort of fellows aims to collaborate with students and explore how to better participate in politics, according to the GU Politics announcement posted on their website.

“The Fall 2022 Fellows bring decades of experience in politics, government and journalism to the Hilltop, and come from different places on the ideological spectrum,” the statement reads. “While each Fellow has their own area of focus, they share a common goal to work with students to advance the common good, bolster democratic institutions and lead with a service-oriented passion for a purpose larger than oneself.”

For eight weeks, each fellow will host a discussion group covering a different political topic, ranging from McAuliffe’s “The Secret Recipe to Successful State Government” to Lundry’s “Data in a Digitizing Democracy.” Students and faculty can also sign up for office hours to speak with the fellows one-on-one beginning Sept. 12.

Before serving as Governor of Virginia from 2014 to 2018, McAuliffe served as co-chair of Hillary Clinton’s 2008 presidential campaign, chair of the DNC from 2001 to 2005, chair of the 2000 Democratic National Convention and co-chair of President Bill Clinton’s re-election campaign and inauguration in 1996. During his tenure as governor, he conducted a record 35 trade missions and visited 24 countries, making him the most traveled governor in the U.S.

Outside of her role as CEO of Anchor Change, Harbath serves as the director of technology and democracy for the International Republican Institute and a fellow at the Bipartisan Policy Center, the Integrity Institute and the Atlantic Council. Previously, she was a public policy director at Facebook, where she built and led a 30-person global team responsible for managing elections.

Hinojosa recently served as the senior advisor and communications director for the DNC, where she led the communications strategy for the Democratic presidential nomination process in 2020 and served as a spokesperson for the party during the general election. Now, she works as a managing director at Bully Pulpit Interactive, an outcomes agency where she leads policy advocacy and brand purpose campaigns. She has more than a decade of political communications experience, and also served as a spokesperson for the Department of Justice and the Department of Labor.

Lundry is a leading expert on electoral targeting, voter analytics and political data-mining. Beyond his work as co-founder of Tunnl, Lundry has worked as a campaign data scientist for presidential candidates, national organizations and Fortune 50 companies. He ran the analytics for both Mitt Romney’s 2012 presidential bid and Jeb Bush’s 2016 primary campaign.

Taylor served as assistant secretary of state for legislative affairs in 2018, and was the youngest and first Black person to ever hold the position. She has extensive experience in high level public service, technology and international relations, and has an esteemed reputation for building bipartisan consensus in polarized political environments. Taylor is also a native Washingtonian, and she was selected for Forbes’ 30 Under 30 and Business Insider’s list of 8 Most Influential Women in 2018.

GU Politics will host its semesterly Meet the Fellows Open House, where students can meet and speak with this new cohort of fellows, on Thursday, Sept. 8 from 4:00 to 5:30 p.m. in Copley Formal Lounge.