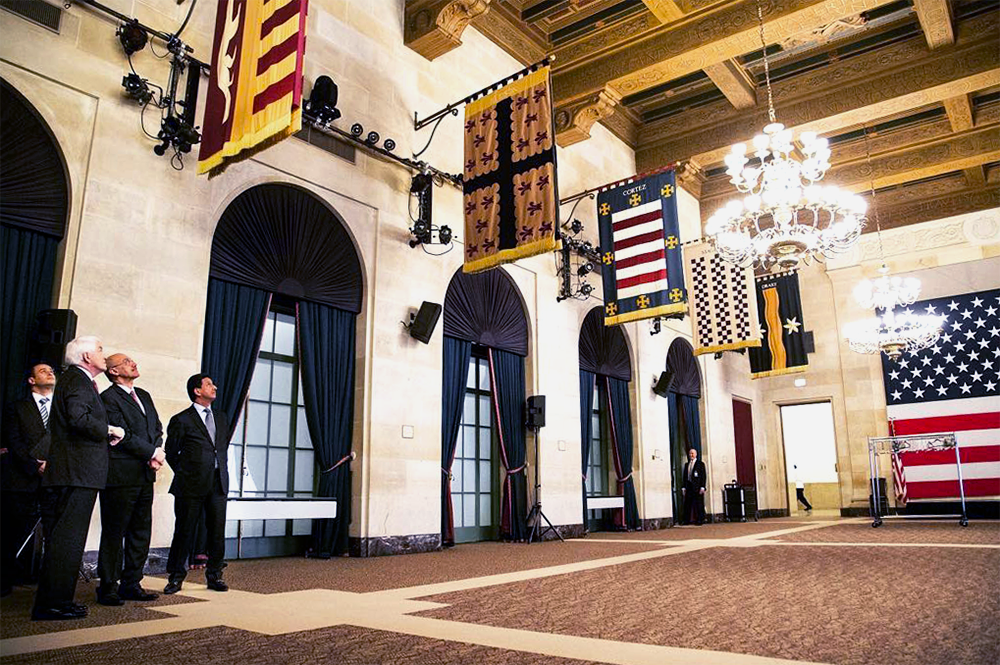 The implementation of financial transaction taxes by the federal government would put a strain on savings and investment accounts of middle-income Americans, according to a paper written by Georgetown University professor James Angel published through the U.S. Chamber of Commerce on Monday.

Angel, an associate professor of finance in the McDonough School of Business, rebuked the idea of FTTs in a report partnered with the Center for Capital Markets Competitiveness. If adopted, FTTs would tax transactions on financial securities such as stocks, derivatives and bonds by imposing a small fee whenever someone buys or sells the security. The policy has been endorsed by some 2020 Democratic presidential candidates, including Sen. Bernie Sanders (D-Vt.) and Sen. Kamala Harris (D-Calif.).

The proposed policy is misleading and would not achieve its stated purpose of raising revenue by taxing wealthy individuals, according to Angel.

“Financial transaction taxes are these ideas that sound great from a distance. You know, put a tiny tax on Wall Street, and we’ll generate huge amounts of money for all kinds of worthy purposes,” Angel said in an interview with The Hoya. “But when you look at them a lot closer, it turns out it’s a tax that really misfires.”

The implementation of FTTs would produce more losses than gains, and the Congressional Budget Office projects that a 0.1% FTT would lead to a $43.9 billion loss in revenue in its first year, according to the paper.

The U.S. has tried to implement these taxes in the past, with drastic consequences, according to Kathleen Ward, a senior manager for strategic communications at the Chamber.

“In 1914, the U.S. imposed an FTT and in 1932 it was doubled, sending the stock market to its lowest point in the Great Depression,” Ward wrote in an email to The Hoya.

FTTs aim to generate revenue that could go towards programs including free four-year public college, according to Sanders’ campaign website. Sanders, who has been vocal about his opposition to Wall Street, has proposed using FTTs as a way to tax wealthy individuals, arguing that the tax will raise $2.4 trillion over the next decade.

Sanders’ plan, however, would impact the finances of not only the ultrarich but also average people’s savings and retirement funds, according to Angel.

“If you look at the average mutual fund turnover, apply the tax to that,” Angel said. “What you find happening is that worker is going to see by the time they retire, they’ve got $20,000 less in their IRA, that’s 8.5% less of their entire retirement savings gone to the tax.”

The tax on investments will affect not only businesses and individuals, but finances on a state and local level, according to the paper.

“The FTTs collected on the trading of the over one million outstanding municipal issues will be offset by the higher rates that municipal issuers will have to pay to access the credit markets,” the Chamber’s paper argues. “Every state, city, town, school, and water and sewer district is affected. Indeed, every person in the United States is affected.”

For the average Georgetown student, if a policy similar to Sanders’ were to be implemented, they would see sizable changes in their retirement savings, according to Angel.

“When you go to retire, your nest egg will be 8.5% smaller than it might otherwise be,” Angel said. “In other words, you might have to work an additional year or two to get the same retirement income.”

As an alternative to FTTs, the government should implement policies that can generate revenue in a sustainable way, according to Angel.

“I think we should tax things we want to get rid of — like carbon dioxide pollution,” Angel said. “There are a lot of things we can do that will improve our health, raise needed funds and won’t screw up the economy at the same time.”