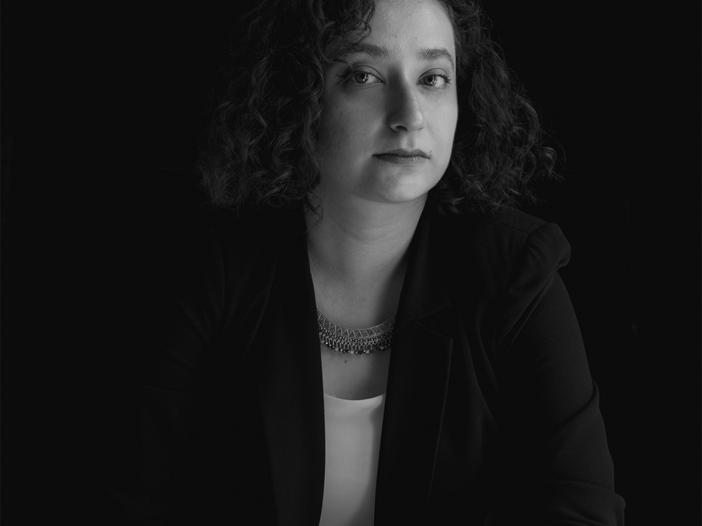 Growing up, Israa Al-Kamali (SFS-Q ’17) dreamed of being a writer. But the more she wrote, the more she realized how much better the stories she wanted to tell would work as movies. She could imagine the camera, the soundtrack and the score as she wrote. Filmmaking and scriptwriting felt like a natural fit.

As Al-Kamali, who was born in Iraq and has spent the last 20 years living in Qatar, turned her focus to filmmaking, she started to notice how her own story as an Iraqi was missing from the canon.

If Iraqis do appear on screen, they fall victim to racist stereotyping as terrorists or untrustworthy criminals, according to Al-Kamali.

“They’re represented as terrorists, as people to be suspicious of, to kill,” Al-Kamali said in a Zoom interview with The Hoya. “So much has been going on in the country and I didn’t understand why our stories were not being told.”

So when Al-Kamali’s friend and fellow Iraqi creator Ahmed Habib reached out in March to ask if she would be interested in starting an independent film festival in Iraq, Al-Kamali did not hesitate to join.

For five months, Al-Kamali worked with a volunteer team of three other Iraqi creatives to launch the International Iraqi Film Festival, which is dedicated to showcasing films from and about Iraq. Over the course of eight days in August, the festival’s first event virtually screened 13 short and feature films free of charge for viewers around the world.

Despite limited funding or access to paid advertising, the team drew between 200 and 300 viewers per screening by advertising on social media and through word-of-mouth, Al-Kamali said.

“I wasn’t just proud of us as a team, I was proud of the Iraqi community who spread the word, who came and showed up, the people who still have hope for a better Iraq,” Al-Kamali said. “And that’s exactly what we want to do, is we want to continue building and creating and we don’t want to fall in this is hole of despair and we don’t want to give up.”

The IIFF was entirely organized during global shutdowns because of the COVID-19 pandemic, so no in-person screenings were held. However, the festival’s entirely online presence allowed for it to become a more inclusive space with viewers attending from across the world, according to Al-Kamali.

As the festival organizers think about the future of the IIFF both for the second edition next year and in a post-pandemic climate, maintaining the inclusivity that online screenings create is important, according to Habib.

“We will definitely continue to show the films online,” Habib said in a phone interview with The Hoya. “I think we’re a part of an emerging trend of festivals post-pandemic where showing films online not only enables organizers to show films in a safe manner but also allows us to reach out to audiences globally, which in the past was not possible.”

For Habib, the success of the festival signified not only the desire among the Iraqi community for a platform dedicated to sharing Iraqi culture but also the importance of grassroots social organizing, he said.

“I think that the festival was a real testament to the ability of community organizers to create something that competes with well-funded initiatives,” Habib said. “It’s a really cool example of how people can reclaim narratives and how people can share art and beautiful expressions of identity.”

While much of the festival was dedicated to sharing films representing a multitude of Iraqi experiences, whether that be regional, cultural or linguistic diversity, organizers wanted to stress the challenges Iraqi creatives still face in producing their work, according to Al-Kamali.

To do that, the festival’s team chose to screen “Iraq: War, Love, God and Madness,” a documentary about director Mohamad Al Daradjii’s return from the Netherlands to Iraq in 2004 and his subsequent experience struggling to create a feature film about his home, as their first film.

Like Daradjii, who was imprisoned and lost crucial crew members during his filming process, Iraqi creatives face unique challenges in access to funding, support and equipment that filmmakers in other countries do not, according to Al-Kamali.

“It was a really important first film to show because we wanted to tell the audience that, you know, while watching the rest of the films in this program, keep in mind how difficult it is to make films in Iraq or as an Iraqi,” Al-Kamali said. “When critiquing those films, it’s important to keep that in mind. You can’t expect the same things from other filmmakers in other parts of the world.”

In December, Al-Kamali is set to move to Los Angeles, where she will continue her work at the New York Film Academy after taking classes online this fall.

Outside of the IIFF, Al-Kamali hopes her own film career can increase and improve the representation of Iraqis in the film industry, she said.

“I really believe that film can either protect a culture or destroy a culture,” Al-Kamali said. “We have seen how films can be racist, how they can be negatively presenting a certain race or community, a certain group of religious beliefs, and so what’s important for me is I try to tell more stories from our experiences.”

Iraqi creatives are responsible for ensuring that the history of their people does not disappear with aging generations, according to Al-Kamali.

“People come and go and we don’t know their stories,” Al-Kamali said. “And of course I don’t want my sole focus to be on the tragedies and the misery, we have enough of that. We have enough of it being put on TV or in cinema. There is much more to Iraqis than that.”