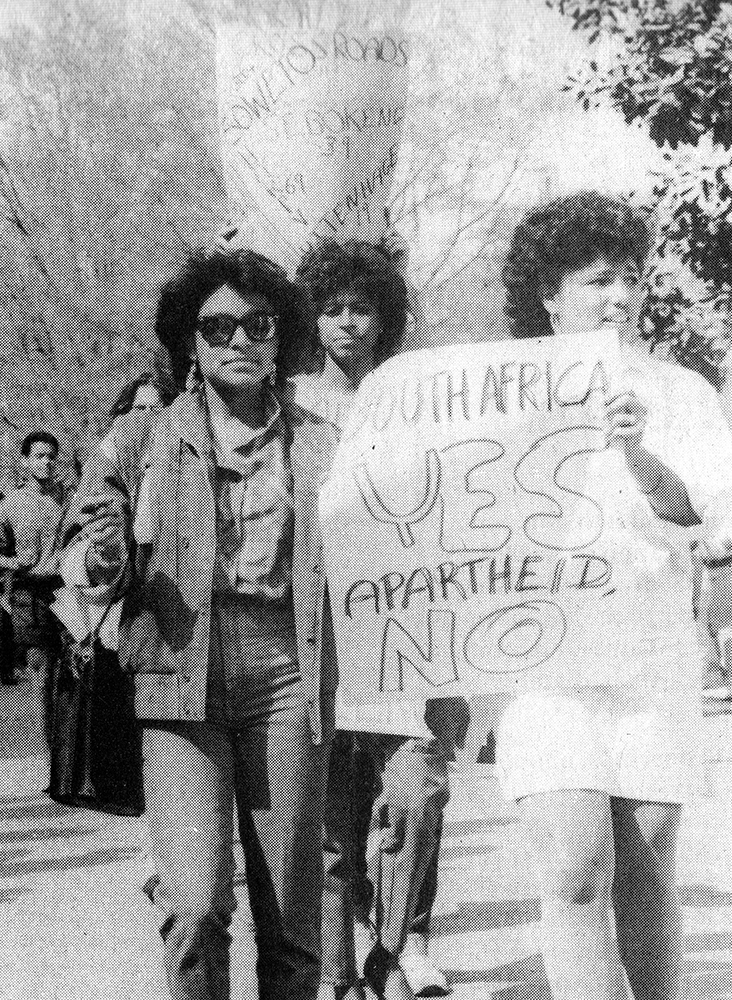 The world came to a collective pause Thursday to mourn the death of human rights leader Nelson Mandela.
A prolific anti-apartheid activist and the first black president of South Africa, Mandela, 95, died in his house surrounded by family.
In a television address to the South African people Thursday, President Jacob Zuma mourned the leader’s loss he said, “We’ve lost our greatest son.”
Born to a Xhosa chief in South Africa in 1918, Mandela was a restless activist from a young age. First imprisoned for his activism while a law student at the South African University of Fort Hare, Mandela continued his civil rights advocacy by joining the anti-apartheid African National Congress in 1942 and later founding the offshoot MK movement, an armed wing of the ANC. Mandela served as president of South Africa from 1994 to 1999.
During his time in activism and political office, Mandela never expressed hatred for the white population in South Africa that had brutally enforced apartheid and oppressed the country’s black citizens. His continued resilience and quiet dignity were never on display more than during the 27 years he spent in South African prisons after being charged with sabotage by the ruling pro-apartheid government. An imprisoned Mandela became the raison d’etre and de facto face for the anti-apartheid movement, spurring efforts both within South Africa and abroad.
After his retirement from politics in 1999, Mandela became a human rights icon whose voice was crucial in the movement to combat HIV/AIDS in Africa as well as the campaign for South Africa to host the FIFA World Cup, a feat realized in 2010. Mandela was jointly awarded the Nobel Peace Prize with former South Africa President Frederik Willem de Klerk in 1993 for their work to end apartheid.
Mandela’s actions not only rallied a nation but disrupted an international community’s collective ideas about race and the African people, according to Amadou Kone, a professor in the Department of French from Cote d’Ivoire who teaches African literature.
“Africa needed to show that, like the other continents, it has eminent persons who incarnate the highest values appreciated by men from all over the world,” Kone wrote in an email. “Nelson Mandela is one of these great Africans. He is the purest incarnation of these individuals and his actions, his philosophy, his example are known in his country, in Africa and in the whole world and have changed how Africans are seen.”
At Georgetown, the “Mandela Effect” was no less profound. During the height of the anti-apartheid movement in the late 1980s, Georgetown students engaged in a sit-in on campus to urge the university to divest from businesses that invest in South Africa – a movement that inspired the current efforts of GU Fossil Free.
Georgetown students were also at the forefront of the anti-apartheid movement when, following a rally at The George Washington University in April 1985, they joined students from Howard University, American University and the University of Maryland in a “funeral march” to the South African Embassy, where they protested alongside 4,000 District workers, according to a 1985 American Committee on Africa newsletter.
Students and faculty alike were moved to learn of Mandela’s passing.
African Society President Jescinta Izevbigie (SFS ’14), who is from Nigeria, expressed that Mandela served as a role model for people around the world, not just Africans.
“He wasn’t just a leader but he was a resilient one, and he showed not only what African political leaders should strive to be but what human beings should strive to be. He took the impossible and made it possible,” Izevbigie said.
Gwendolyn Mikell, a professor in the Department of Anthropology and a former chair of the African Studies Program, has begun composing a poem in tribute to Mandela. It is titled “Madiba,” the Xhosa nickname bestowed on Mandela by the people of South Africa.
“A massive baobab tree has fallen / this tree that seemed to live for so many lifetimes / a tree that sheltered all South Africa’s people within its trunk / that pushed for racial understanding within South Africa’s midst,” the poem begins.
Matt Chung (COL ’14), who studied abroad in South Africa in spring 2013, commented on what he saw of the country’s perception of Mandela.
“He is as visionary, as impactful as George Washington was for this country. In this same way George Washington built this country, led it through its revolution and was there through its transition to nationhood, Nelson Mandela led his country through an incredible social revolution and administered it through a period of transition until he felt the country could stand on its own two feet,” Chung said.
Del. Eleanor Holmes Norton (D-D.C.), a professor at the Georgetown University Law Center, was in South Africa the day Mandela was released from prison in 1990.
“Nothing about Nelson Mandela’s life was predictable, not even his passing on his own time. … The world could not have predicted that out of his harsh imprisonment Mandela would become a model of selfless, even self-effacing leadership the world had not seen,” Norton wrote in a statement Thursday.
Mandela extended his vision of hope beyond South Africa, as exemplified by his inaugural address delivered May 10, 1994.
“We know it well that none of us acting alone can achieve success. We must therefore act together as a united people, for national reconciliation, for nation-building, for the birth of a new world,” Mandela said. “The sun shall never set on so glorious a human achievement.”