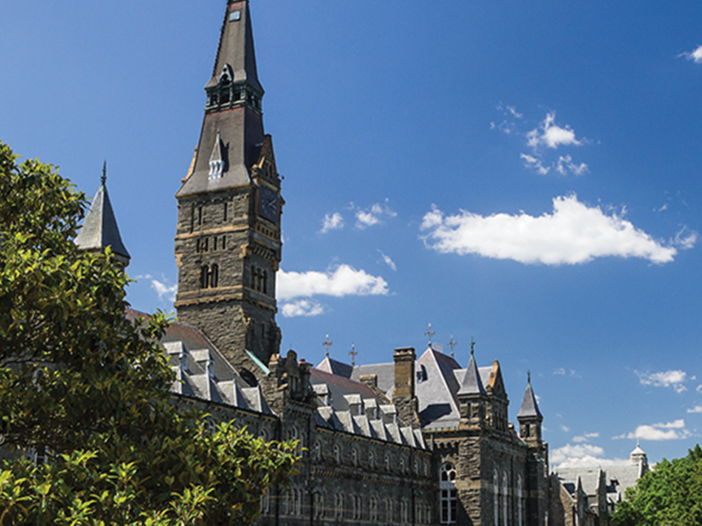 These charges are usually included in each student’s calculated total cost of attendance, which is used by the university to determine the amount of financial aid each student will receive. Georgetown calculates financial aid by subtracting a student’s expected family contribution, the estimated amount of money a student and their family can expect to pay, from their total cost of attendance.

Many students have said that despite having a $0 or very low expected family contribution, they have seen significant increases in their charges for this semester compared to what they had to pay for the fall semester.

Alice Lei (NHS ’22) said her spring tuition increased, despite the university’s announcement that they would continue to implement a 10% tuition discount in the spring semester.

“My expected family contribution was $0 but my spring tuition for spring semester was eight times how much I had to pay for fall,” Lei wrote in a message to The Hoya. “I’m also an on-campus student and they made the mandatory meal plan more expensive — it covers more, but I barely used half of the cheapest option fall semester.”

In addition to the increase in her meal plan cost, Lei also reported a $1,200 increase in her housing payments. Lei said she was confused and overwhelmed by the additional charges.

“I’m taking 20 credits, have 12 hours of clinical rotations a week, and a bunch of other commitments and thought I didn’t need to work much to pay for this semester, so I’m pretty disappointed at my financial aid package,” Lei wrote. “I’m also confused why charges like an increase in price for a mandatory meal plan and housing are charges I need to absorb when my expected family contribution is supposed to be $0.”

Mia Johnson (MSB ’24) also said her aid decreased despite her $0 expected family contribution. Johnson said she received a much smaller spring refund compared to her refund from the fall semester. Some students receive a refund amount taken from their financial aid award to cover indirect costs of attendance, such as textbooks.

“I definitely got a much smaller refund and I’m not sure if it’ll cover everything in regards to my books and extra expenses involved in living on campus,” Johnson wrote in a message to The Hoya. “I’m an independent student, so I have a $0 family contribution and rely completely on aid to fund my education, and any change in that is very harmful and can make my experience almost impossible.”

Last August, students faced a similar dilemma when the university revealed that on-campus students’ financial aid packages would be substantially reduced for the fall semester. After backlash from the Georgetown University Student Association and the student body, the university revised packages before the start of the 2020 fall semester and restored aid to many students who faced initial reductions.

However, students are not receiving the same level of support this semester, according to GUSA senator Nicole Sanchez (SFS ’22).

“It really hurt a lot of first-generation, low-income students and students that receive aid from scholarship programs, because their aid was reduced by thousands of dollars, and now they’re having to pay large amounts to attend the school,” Sanchez said in a Jan. 10 GUSA Senate meeting. “It makes no sense how last semester we had more support for a cheaper semester, and now the school just decided to cut all ties and let everyone fend for themselves.”

The university has denied that any reductions were made to total spring financial aid funding.

“Georgetown continues to meet full demonstrated financial need for undergraduates,” a university spokesperson wrote in an email to The Hoya. “Financial aid funding for the Spring term has not been reduced.”

Spring financial aid packages seem smaller because aid was frontloaded and distributed last semester when the university waived students’ summer savings contribution, according to an email from a university financial aid advisor obtained by The Hoya.

“The discrepancy between fall and spring comes from an additional aid disbursement that happened in the Fall,” a financial aid advisor wrote to a student in the email. “That is to say, you are receiving the same amount of aid, you just received more of it in the Fall.”

For many first-generation and low-income students, the spring financial aid cuts have demonstrated a lack of financial support from the university for the students who need it the most, according to Johnson.

“It’s honestly so horrible, not just in that we have less support, but that it’s almost like the university is taunting us and trying to go out of their way to show us that we aren’t as cared for,” Johnson wrote. “It’s like they have no empathy or desire to reach out and help their fgli [first-generation, low-income] students.”