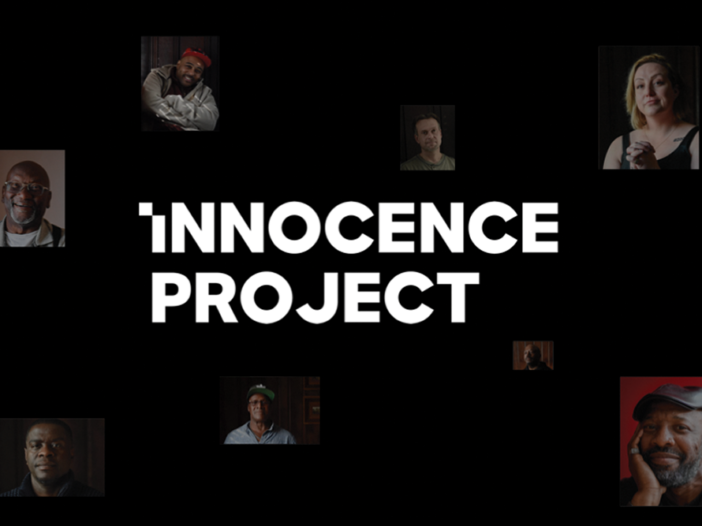 Students in the course titled “Making an Exoneree” spend the semester creating documentaries and building social media platforms to publicize the cases of individuals who have been wrongfully convicted. Professors Marc Howard and Marty Tankleff launched the course in 2018, inspired by Tankleff’s own experience serving 17 years in prison for a crime he did not commit.

Georgetown students Ismary Guardarrama (SFS ’21), Morgan Peterson (COL ’21) and Francesca Truitt (COL ’21) are working on Ortiz’s case and have created several social media accounts to raise awareness for the case. The team of students is also reinvestigating the case, including traveling to Reading, Pa., to speak with Ortiz’s family.

The students are pushing for the Pennsylvania authorities to review Ortiz’s case, and the team hopes to garner the attention of the new Conviction Integrity Unit, which reviews claims of innocence and wrongful conviction in Pennsylvania Attorney General Josh Shapiro’s office, according to Guardarrama.

“We’re trying to put a lot of pressure on the officials around this case,” Guardarrama said in a phone interview with The Hoya.

Ortiz was convicted of murder when he was 17 years old and has since spent 23 years in prison despite 19 alibi witnesses, recanted testimony and what he and the students believe to be proven political coercion and cover-up tactics. Ortiz and his family maintain his innocence and are calling for a reinvestigation of the case with a petition that has received more than 2,300 signatures so far.

Another student team consisting of Eleanor Haney (COL ’22), Kayla Wyatt (COL ’21) and Michael Yedibalian (COL ’21) is working to raise awareness for Allen Warren. Warren was convicted of murder when he was 16 and has served nearly 26 years in jail despite faulty testimony and evidence, according to Yedibalian.

“Warren’s conviction was based on recanted testimony from juveniles who admitted to succumbing to police coercion, along with a form of gunshot residue analysis that has been discredited by the FBI and is no longer in use due to grave contamination issues,” Yedibalian wrote. “The elements found on Allan’s hand could have easily come from the brake pads on the moped he was working on that day, or been picked up in the police car or interview room.”

The student team has set up a social media account, launched a petition for the cause and begun research on Warren’s case for their documentary, which they hope will pressure the Ohio Court of Appeals and Ohio Governor Mike Dewine to exonerate Warren, according to the team.

Although the student teams have launched their campaigns, the COVID-19 pandemic has caused many disruptions in the students’ investigations, according to Wyatt.

“In our reinvestigation, it is basically used as a cloak by anyone,” Wyatt said in a Zoom interview with The Hoya. “Whether it’s being the court systems saying that there are heavy delays because of COVID or people not responding back and blaming COVID.”

The COVID-19 pandemic has also complicated the communication necessary to work on these cases, according to Guardarrama.

While the pandemic has made it more difficult for students to communicate effectively with authorities, incarcerated individuals and their families, students have been able to leverage online awareness campaigns as another avenue to garner public attention.

In previous semesters, students in “Making an Exoneree” helped exonerate Valentino Dixon in 2018 after he served 27 years in prison for a crime he did not commit. Dixon’s exoneration should serve to motivate more investigations for others who are wrongfully incarcerated, according to Howard.

“We want there to be greater awareness about these deep flaws in the criminal justice system, but then we also want to inspire and motivate people,” Howard said in a Zoom interview with The Hoya. “Valentino was the first but not the last.”

The students in the class share Howard’s commitment to exoneration, and some plan to continue working on their cases until they achieve exoneration, according to Wyatt.

“It doesn’t end just in this semester,” Wyatt said. “I have planned to continue on with Allen’s case for as long as we need until he’s exonerated.”

Guardarrama said she is grateful for the chance to work on the case and is hopeful that her team’s efforts will inspire others.

“To know that we have a shot at getting Melvin out is the greatest honor of my life,” Guardarrama said.