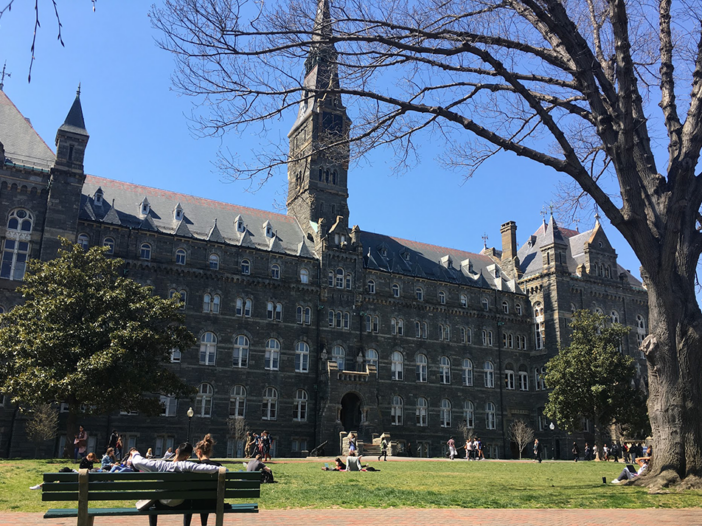 Earlier this month, The Hoya revealed that several Georgetown University students had belongings they had left on campus for storage thrown away or lost on the university’s watch. Several other students notified The Hoya about similar storage experiences after the article’s initial release. Two students who experienced storage mishaps told The Hoya that a moving company partnered with the university had lost many of their valuables.

One student, who wished to keep their identity anonymous because their case is still being investigated by the university, was unable to return to campus to move out of their apartment, which prompted Georgetown to store the student’s belongings with Hilldrup. The student requested that their items be shipped to their home rather than be stored in a facility, which was not a possibility accounted for in the March move-out protocol, according to the student.

“There was no plan of action to ship students’ things back,” they said in an interview with The Hoya. “It was obvious to me that their only objective was to store things and did not anticipate needing to ship things.”

After continued correspondence with the university and Hilldrup from March until May, the student was finally able to have their items shipped to their residence. However, they explained that communication about getting their belongings shipped was confusing and vague.

“There was no transparency because I had known that my stuff had been packed and stored and it was somewhere in Virginia, and there was no indication of when I would get it back,” they said.

Upon opening the boxes, though, the student discovered that expensive moisturizers, hand sanitizers, supplements, a designer accessory, a suitcase and a vacuum cleaner were missing.  They also received some items, including toilet paper, laundry detergent, sheets and plates, that they requested to be donated in a Google form sent out to all students unable to return to campus to move out.

The student requested $537 from the Office of Risk Management for their losses and was awarded $517.

They believe most of the complications were because of Hilldrup’s lack of transparency.

“I can’t complain about the way Residential Living handled everything,” they said. “It was the communication with Hilldrup that was not great. It seems that there was a lack of communication between Georgetown and Hilldrup.”

Lauren Olosky (SFS ’21) was unable to return to campus to gather her belongings from her Village B apartment after Georgetown extended online learning until the end of the spring semester.

“Georgetown had said that I would need to be quarantining for two weeks, which I was doing in California with my family, but that they wouldn’t wait two weeks for me to come get my stuff,” Olosky said in a phone interview with The Hoya. “I was like, ‘Why do you need to get my stuff out right now? Can’t you just wait until I can come back and get it on my own?’”

Olosky’s roommate sent her most of her personal and valuable items because she could not retrieve her belongings on her own, while the university stored the rest of her items with Hilldrup free of charge.

In June, when Olosky returned to Washington, D.C., to move into a townhouse rental, she was able to retrieve her items from storage. However, she discovered that several of her belongings were missing.

“It was mostly household items, but I lost some artwork too that I had bought in Germany, like custom artwork — watercolor — that I have no way to replace,” Olosky said. “Some of the stuff was large. I have a bar cart for example. I don’t know how that just goes missing.”

Olosky reached out to Hilldrup in an attempt to locate her missing items only to find out that Hilldrup never logged any Georgetown students in its system, so there was no record of Olosky’s belongings ever being in storage and therefore no way to track down her missing items.

Hilldrup directed Olosky to Georgetown. After communicating with the Office of Risk Management, Olosky was able to receive full compensation for her missing items. However, she does not think Georgetown’s response to the situation was adequate.

“I just felt like I had fallen between the cracks. Between Hilldrup and the university, neither has taken responsibility for the loss and for telling me what happened, so I have no way of knowing,” Olosky said. “It was a really frustrating experience for me back in March and then again in June, and that’s just something that I felt again and again.”