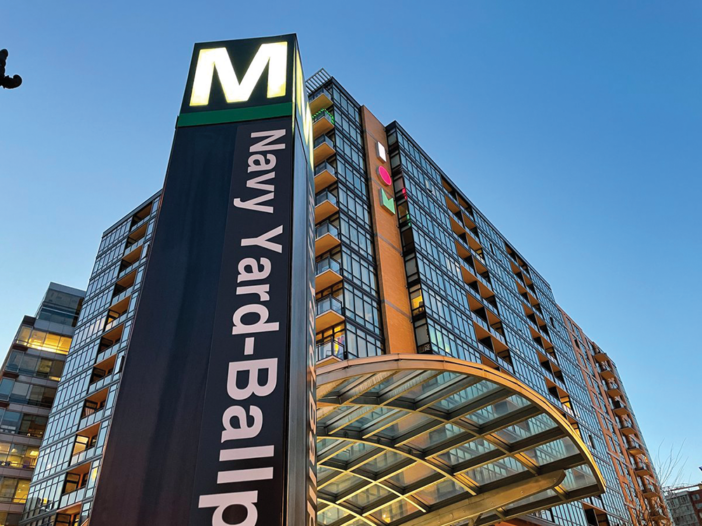 The Georgetown University Student Association Election Commission announced May 1 that 84.03% of voters approved of the referendum, which calls for the university to implement the University Pass Program, an initiative with the Washington Metropolitan Area Transportation Authority that provides students at participating D.C. schools with an unlimited number of discounted rides on Metrobus and Metrorail services.

The program will help to increase accessibility on Georgetown’s campus, according to GUSA Senator Leo Rassieur (COL ’22), who introduced the referendum in the GUSA Senate.

“This confirms what we already knew—that the vast majority of students will make use of the Metro U-Pass and believe that it will help make a more equitable and accessible Georgetown,” Rassieur wrote in an email to The Hoya.

Typically, Metrorail fares for single rides range from $2 to $6, and the Metrobus costs $2.00 per ride, which can pose accessibility challenges for students who rely on public transportation for off-campus work. The U-Pass program will ensure that low-income students can access internships and jobs in D.C. that are outside of the Georgetown area, according to the referendum.

“For students with jobs or internships in the city, this can easily amount to $20 every week, if not significantly more, presenting a hidden financial barrier to the unique experiences that studying at Georgetown can offer,” the referendum reads.

To implement the program, the referendum calls for the university to add a $136 semesterly charge to tuition for every student. The charge would not affect students on full financial aid, students not taking classes on Georgetown’s main campus or disabled students, according to the text of the referendum. Currently, disabled people are able to ride any MetroRail service at reduced fares, under the Reduced Fare SmarTrip program.

The referendum’s passage does not guarantee the program will be implemented, but the university will consider the proposal, according to a university spokesperson.

“We are pleased to be working with GUSA and GradGov to explore the idea of joining Metro’s U-Pass program,” the university spokesperson wrote in an email to The Hoya. “Student referendums help to express important student perspectives but do not create University policy and are not binding on the University.”

Regardless of whether the program is implemented, some students are concerned about the $136 semesterly cost, particularly considering that not all students will need to use public transport on a regular basis.

For other students, like former GUSA senator Connor Brennan (SFS ’22), who supported the program during his tenure in the senate, but no longer does, the program is not feasible because of the lack of metro stops nearby campus. A better solution would be for Georgetown to directly fund students with transportation needs, according to Brennan.

“Georgetown has no nearby metro stations—the nearest access is if you wish to walk to Foggy Bottom or take the GUTS bus down to Rosslyn,” Brennan wrote in an email to The Hoya. “The actual usage of this program would not be much, and, again, for those who do use the metro, it would be significantly less expensive for Georgetown to allocate funds to cover their expenses.”

Despite some of the concerns raised, Rassieur and other GUSA senators who worked on the referendum plan to meet with Georgetown administrators to discuss implementing the program. The senators plan to propose a trial run for the program during either the fall 2021 semester or the spring 2022 semester in which students could opt in, according to Rassieur.

For Rowlie Flores (COL ’22), a GUSA senator who helped write the referendum, the benefits of the program outweigh many of the concerns voiced by students.

“When agreeing to write this referendum, I also considered cost as a factor, but ultimately realized that the reason why students have low metro-usage right now is because of its cost,” Flores wrote in an email to The Hoya “It is our hope that a discounted cost could incentivize students into using the service.”