The audience for NBA Summer League basketball is mostly limited to people whose remotes run out of battery and this guy. However, much of the up-and-coming talent of the NBA is on display, which can provide entertainment for the keen fan. More often than not, Summer League is dominated by the top draft picks, which isn’t surprising at all.

What is surprising is how many of those top picks are part of the same perennially terrible organizations. The Timberwolves have Anthony Bennett, Andrew Wiggins and Karl-Anthony Towns, the last three No. 1 overall picks. The 76ers have Nerlens Noel (sixth pick in 2013), Joel Embiid (third pick in 2014) and Jahlil Okafor (third pick in 2015). Meanwhile, the San Antonio Spurs’ last five first-round picks were No. 26, No. 30, No. 28, No. 29 and No. 20.

Why the disparity? Because teams like the Timberwolves and the 76ers are so inept that receiving a top pick under the current lottery system is all but inevitable.

The NBA lottery began in 1985 but entered its current iteration in 1990. Any team that misses the playoffs is given a certain number of lottery balls, which the NBA draws to decide the order of the top three selections in the draft. The worst team has the best weighted odds (25 percent) of getting the first pick while the team that just barely missed the playoffs has less than a 1 percent chance of getting the top pick. That leaves something up to chance, but overall, the teams with the worst records receive the best picks. The system was intended to help bad teams become competitive and to lessen the advantage of big-market teams like the New York Knicks or the Los Angeles Lakers.

Instead, the lottery system disproportionately rewards ineptitude. Since high draft picks are the best asset in the NBA, especially given how relatively cheap rookie contracts are, it’s actually in a team’s interest to be terrible and tank rather than be mediocre. Just take the infamous case of 76ers General Manager Sam Hinkie. Hinkie, with the approval of his ownership group, is on a half-decade crusade to be awful in order to create a cachet of top picks (already mentioned above). And while it’s nice to see Georgetown alumni like Henry Sims (COL ’12) and Hollis Thompson get playing time, it’s even nicer to see high-quality professional basketball.

Revenue sharing has exacerbated the problem. Bad basketball teams used to lose money. No one wanted to go to the games, buy their merchandise or watch them on TV. Losing games meant losing money, so the owners had an incentive to win as much as possible. Under NBA revenue sharing, teams that would normally be in the red receive cash influxes from more successful franchises. Put more simply: revenue sharing is NBA socialism. So, under revenue sharing, small-town teams still do very well financially and can afford to punt a couple of seasons in order to hoard picks as greedily as Madison Bumgarner does beer.

The lottery needs a change. For starters, instead of only entering the bottom 14 teams into the lottery, the NBA should include all 30. While the top teams would only have a miniscule chance at a top pick, how cool would it be for Andrew Wiggins to be playing for the Spurs or for Jahlil Okafor to be running pick-and-rolls with LeBron? Moreover, the lottery should change the weighting system. The odds should be spread more evenly with an extra boost given to teams that just miss out on the playoffs.

These changes would boost the competitiveness of the league, as having a bad record would become less rewarding. Teams like the Phoenix Suns that barely missed the playoffs could get a boost in the draft that could turn them into contenders. While no lottery system is perfect, these reforms could reduce losing incentives for teams and end the race to the bottom that the 76ers seem so keen to win. Let’s change the lottery and usher in the ensuing exciting chaos! 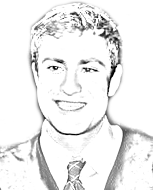