The NBA draft is this Thursday, June 25. While there are many highly touted prospects, most of them are young, even by basketball standards. In fact, as many as eight of the likely top 10 picks will be college freshman, projected ahead of veteran players like Wisconsin senior Frank Kaminsky, the National Player of the Year. These freshmen have been high-level NBA prospects since their early days of high school but have duly spent a year in college before entering the draft because of a little thing called the one-and-done rule.

The rule originated in 2005 when the NBA set up a new collective bargaining agreement with the players. One of the new agreements was a minimum age of 19, meaning a potential NBA player needs to wait out one year after high school before declaring for the draft (conveniently, future players are not represented by the National Basketball Players Association). For guys like Jahlil Okafor and Karl-Anthony Towns, this amounts to a NBA gap year after high school. Some kids go backpacking in India or Thailand; these guys head to the NCAA tournament.

However, the one-and-done rule is universally disliked. Players want to be able to jump straight to the NBA if they feel ready, NBA coaches want to mold players as soon as possible, and even notable one-and-done recruiters like Coach K and John Calipari detest it. The only proponents of the current system are NBA executives who actually want to raise the age limit to 20, in effect creating a two-and-done system.

It is undisputed that truly great players like LeBron James and Kevin Garnett can make the jump from high school to the pro game without too many road bumps. Icons like these make the one-and-done system look backwards and overly restrictive. However, proponents of the current age minimum argue that the concern is really for players who may not cut it in the NBA. The Kwame Browns and Eddy Currys of the world (not to mention numerous lesser-known flameouts) get rave reviews from scouts but, once drafted, don’t match the hype and quickly fall out of the league. Proponents of the one-and-done system claim that the current rules that force players to go to college not only allow them to receive an education but also give them an opportunity to discover whether they have NBA chops by playing against high-level competition at the collegiate level.

That argument loses credibility on two counts. The first is that the fabled “student-athlete” is a myth when it comes to elite college basketball. Players are encouraged to take the easiest possible schedule, receive plenty of help from tutors and take advantage of rampant grade inflation.

Frankly, the demanding NCAA game schedule combined with practices, travel and film sessions doesn’t lend itself to full-time academics. Instead, basketball players are pushed through a system that values them for their physical capabilities without supplying any academic rigor. As far as education goes, these players would be better off attending school in the offseason or when they retire, giving them the time to actually focus on academics.

The second flaw is that playing in college functions like an unpaid internship. Not only are these players forgoing a professional salary, but they are also risking future earnings with the ever-present chance of injury (ask Joel Embiid how his NBA career is going so far). Often, players come from poor backgrounds and have a financial need to play professionally but are pigeonholed into the college game, leading to illicit payments like those to Chris Webber at the University of Michigan.

Rather than strong-arm top basketball prospects into spending a year or two at the college level, the NBA should provide an array of options. For starters, Development League salaries should see a significant bump. Right now, the maximum D-League salary is $25,000, less than the average construction worker makes. These guys are essentially playing for free in the hopes of cracking an NBA roster. Were the salaries drastically increased, the D-League could act as an effective minor league for the NBA and be an attractive alternative to college basketball.

Moreover, the NBA should institute a program that helps American players like Emmanuel Mudiay who want to go abroad settle down with overseas teams. That way, the NBA can help promote the global game and create a richer talent pool down the road. By enabling players to play professionally right away (even if they aren’t quite good enough for the NBA yet), the college game improves as a result. Sure, blue chip prospects like Kyrie Irving and Nerlens Noel may never help Duke and Kentucky shine, but in their places are dedicated college players who actually want to be there. The change would breathe new life into the “student” part of “student-athlete” by bringing back the amateur roots of the college game.

The bottom line is that the NBA should not be making career decisions for these young men. It’s about time the professional basketball league treated its players like professionals. 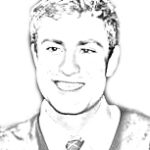