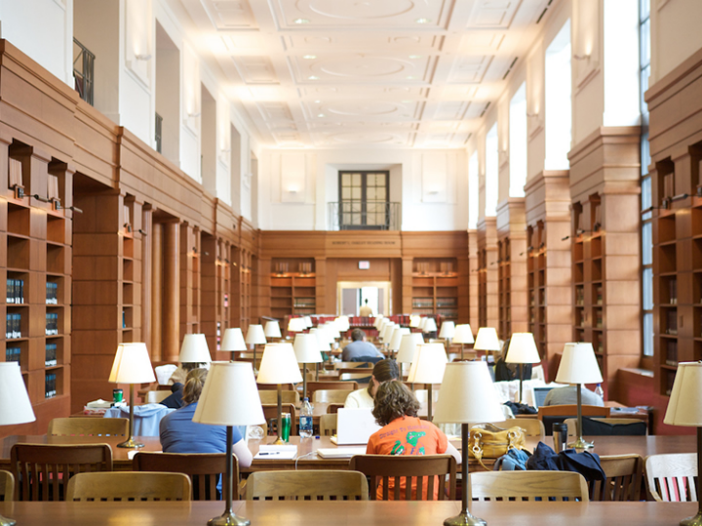 The Georgetown University Law Center has trained over 150 police agencies nationwide in active bystandership over the past year in an effort to prevent harm and encourage intervention in instances of injustice or violence.

The Active Bystandership for Law Enforcement program is a partnership between Georgetown Law’s Innovative Policing Program and the global law firm Sheppard Mullin. The “Train-the-Trainer” event, hosted by the program, invites police officers and departments from across the country to participate in a four-day program with classroom instruction, practical training and real-life situations to bring back to their own departments.

The Law Center developed ABLE after seeing the failure of bystanders in instances of police violence, particularly the murder of George Floyd by Minneapolis police officer Derek Chauvin, according to Christy Lopez, one of the program’s founders.

“When George Floyd was murdered on May 25 of last year, one of the things that jumped out at many of us was not just Derek Chauvin’s knee on his neck for so, so very many minutes,” Lopez said in a Zoom interview with The Hoya. “It was all the officers standing around who didn’t really do anything at all. We’re never going to prevent harm that could be prevented unless we focus on the bystanders who are in a position to intervene and make sure they actually intervene.”

ABLE currently uses a train-the-trainer model, which aims to instruct individuals who can then pass what they have learned to other officers in their own departments to increase the volume of participating officers and departments. Typically, roughly 30 individuals participate in the class at Georgetown before returning to their respective cities and implementing the training throughout their departments, according to Lopez.

“There’s actually a fairly strong argument for the train-the-trainer model, because this type of training is actually much better received if delivered to people by people from their own agency,” Lopez said. “This is a kind of training where you really have to get that officer to trust that they can do this, and it will work.”

Over one year after the program was founded in May 2020, 111,800 officers throughout the United States work in departments that have completed the training.

While many departments have been receptive to the training, however, it can still be difficult to enact change in institutions such as police departments, according to Lisa Kurtz, ABLE’s project director.

“I think with anything, cultural change is difficult to achieve,” Kurtz said in a phone interview with The Hoya. “Any kind of organization that has an existing culture is going to take time, and it’s going to take effort to change that.”

The program is a 20-hour course delivered over one week, starting with an orientation day to introduce the officers to the curriculum. Following days include lessons on the program’s content, homework and training for practicing skills and techniques, and teach backs, during which the officers in the program teach other officers the course materials, according to Lopez.

According to Staub, the program is designed to eliminate inaction among bystanders, thereby decreasing the rate of violence during officer and citizen interactions.

ABLE differs from other training for police departments because it focuses significantly more on tangible skills for prevention than others, such as implicit bias training, according to Kurtz.

“The reason that we focus so much on facing those very realistic situations that officers might find themselves in is so that we give them an opportunity to practice these skills in a low-stress environment, to build the muscle memory for intervention,” Kurtz said.

In the end, the main goal is to reduce violence and fix interactions between police and the communities they serve, according to Staub.

“The result I hope to see is much less unnecessary harmful behavior by police officers — really a transformation of policing in America, and at some point beyond the U.S.,” Staub wrote. “I hope to see a much better relationship between police and their communities.”