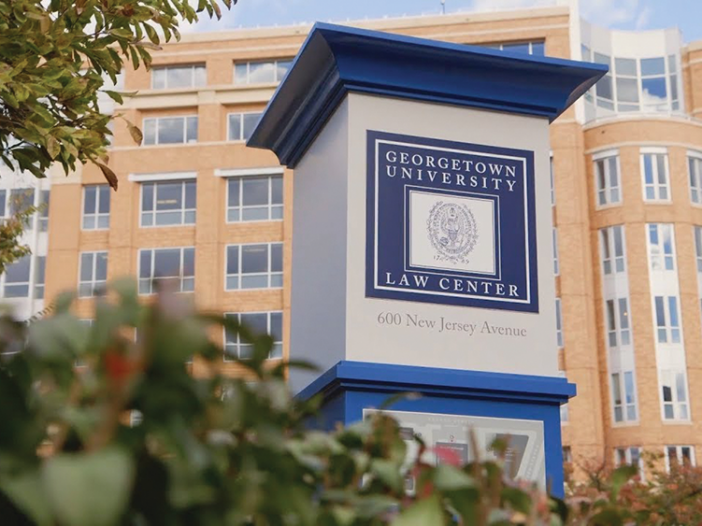 Professor Neel Sukhatme at the Georgetown University Law Center will use his Carnegie Fellowship award to conduct research investigating the consequences of felony sentences on incarcerated people and their families.

The Andrew Carnegie Fellows Program provides a $200,000 stipend for a select group of fellows determined by a committee of jurors consisting of scholars and academic leaders from across the country and chaired by Georgetown University President John J. DeGioia (CAS ’79, GRD ’95).

The research will focus on the effects of courtroom sanctions on the families of people convicted of crimes, according to Sukhatme.

“I’m trying to use my background as an attorney, as an engineer, as an economist, to work on problems that hopefully really matter to people and to try and discover some facts about the criminal justice system and its impact on people,” Sukhatme said in a phone interview with The Hoya.

The Carnegie Corporation distributed $5.2 million in 2021 among 26 fellows working in the social sciences and humanities. These scholars will focus their research on the social sciences and humanities, investigating topics ranging from COVID-19 pandemic recovery to the #MeToo movement. The committee selected the fellows by evaluating each proposal’s potential impact on their field of study and the applicant’s capacity to convey their research to a general audience.

This research opportunity will allow Sukhatme to consider the consequences of an individual’s felony sentencing that are not often considered by policymakers, such as the sentence’s impacts on partners, parents and children, according to Alexander Billy (GRD ’20), who will work alongside Sukhatme to support his research under this fellowship.

“What we really want people to think about — policymakers especially — is that incarceration may, though it’s not even given, deter future crime for a specific person,” Billy said in a Zoom interview with The Hoya. “But there are other costs. It actually could be counterproductive, because you could be put in a situation where you don’t have any other outside opportunities, and crime is really the only way that you have to make ends meet.”

Sukhatme worked with Billy to co-found Free Our Vote, an advocacy organization that works to inform previously incarcerated people that they are eligible to vote, after an amendment passed in Florida in 2018 that allowed most former felons to vote in elections, provided they had paid after paying off their court fines and fees.

The research project draws from Sukhatme’s personal background in working in the courtroom and researching convicted felons’ right to vote in Florida, Sukhatme said.

“All this got me thinking about these collateral consequences of criminal convictions that are often ignored, like losing your right to vote,” Sukhatme said. “That reminded me of my days as a law clerk, when I often thought about those consequences in the real cases I saw. If a parent goes to prison, how does that affect their children, both immediately and later on in life? That’s the kind of research that I hope to pursue.”

“There are a number of factors that go into criminal sentencing but, currently, none of these relate to the long-term impact the sentence will have on individuals or their families,” Treanor wrote in an email to The Hoya. “By measuring that impact, Professor Sukhatme will offer judges, juries and policymakers a way to assess the broader societal implications of their decision making. That could be revolutionary for our criminal justice system.”

Sukhatme said the exceptional research done by scholars across the Georgetown community will inspire his own research project.

“What I’m really grateful for is being at Georgetown, in this amazing community of students and scholars, many of whom are working on important projects that are going to influence policy,” Sukhatme said. “That, to me, has been a wonderful experience.”