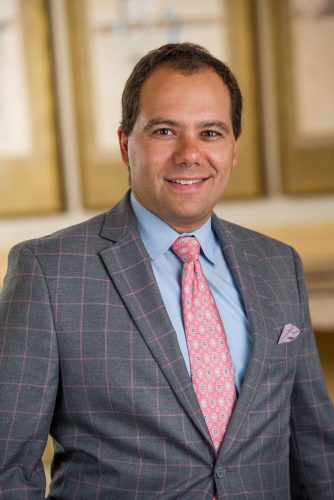 CW: This article directly references racist statements made on social media. Please refer to the end of the article for on- and off-campus resources.

Shapiro, who was set to become executive director of the Georgetown Center for the Constitution on Feb. 1, posted tweets expressing his opposition to President Biden’s pledge to nominate the first Black female Supreme Court justice. Shapiro wrote that the nominee would be a “lesser black woman.” Shapiro deleted the original posts and tweeted an apology, in which he called his original words “inartful,” on Jan. 27, before posting a tweet Jan. 31 expressing his confidence that he will be vindicated and begin his new position at the university shortly.

In a series of tweets posted on Jan. 26, Shapiro made racist comments about Black female lawyers and perpetuated harmful sentiments using the model minority myth, which opponents of the Civil Rights Movement created to justify racism against Black community by using the Asian Americans as a driving wedge.

“Objectively best pick for Biden is Sri Srinivasan, who is solid prog & v smart. Even has identity politics benefit of being first Asian (Indian) American,” Shapiro wrote in one of the now-deleted tweets. “But alas doesn’t fit into latest intersectionality hierarchy so we’ll get lesser black woman.”

Shapiro’s statement that Black female lawyers are not worthy of serving on the Supreme Court made students, like Drea Shropshire (LAW ’24), feel invisible.

“I don’t think that people who make comments like that even recognize how much of a miracle it is for students like me — who are first generation, who are Black and who are women — to even make it to a space to attend law school and to even have the confidence and support to make it through and finish that process,” Shropshire said in an interview with The Hoya. “It makes me feel like despite how hard I’ve worked to get myself here, I often find myself feeling imposter syndrome.”

Shapiro did not respond to The Hoya’s multiple requests for comment.

During the 2020 presidential campaign, Biden committed to nominating a Black woman to the Supreme Court. Justice Stephen Breyer announced plans to retire Jan. 26, leaving an open Supreme Court seat for President Biden to fill; it was this news that prompted Shapiro’s Jan. 26 tweet.

In the statement, Georgetown BLSA urges GULC to rescind Shapiro’s job offer, commit to a more thorough hiring process, properly staff the Office of Diversity and Inclusion, ensure the representation of Black students when it comes to hiring decisions and fund an endowment to support Black GULC students. The statement has garnered over 1,000 electronic signatures as of Feb. 1.

“Our community really was instantly outraged after the tweet. And even more importantly the belief and the stance that the tweet represents,” McCray said in an interview with The Hoya.

When asked for a comment, a GULC spokesperson said they cannot comment on “personnel matters” and referred The Hoya to Treanor’s Jan. 31 email.

“One of our big responses really was, in a few words, ‘here we go again, here we go again,’” McCray said. “This is my third year on our executive board, and this is the third time I’ve been a part of a process like this.”

This is not the first time Shapiro has expressed racist sentiments toward Supreme Court nominees. In a 2009 opinion piece he wrote for CNN after President Barack Obama’s nomination of current justice Sonia Sotomayor, Shapiro said she would not have been picked if she were not Hispanic.

Last year, Sandra Sellers, an adjunct professor at GULC at the time, complained about the academic performance of her Black students in a video shared via Twitter on March 10. GULC terminated Sellers following the incident and student backlash.

“I worry that there are a lot of faculty members that secretly harbor very similar opinions and beliefs about their Black female students and fellow faculty members and just aren’t saying them out loud,” Joslin said in an interview with The Hoya. “The fact that these similar events have happened in the last year shows that these aren’t isolated incidents.”

Lauren Harris (LAW ’22), who signed BLSA’s petition, said she was not surprised by Shapiro’s racist tweet.

“Unfortunately, I have come to expect situations like this, and Georgetown is no different,” Harris said in an interview with The Hoya. “So I won’t say that I am let down. I will say that is on par with a lot of experiences that I have had in my career personally and professionally. And the expectation, again, as a leader in the legal industry of the nation’s capital is to do better.”

Furthermore, Treanor’s Jan. 27 email did not adequately address the magnitude of the tweet, according to Harris.

Anti-Black racism is historically common in the field of law, Harris said.

“There is anti-Black racism running rampant everywhere,” Harris said. “When you go into sectors such as law, which has historically been white male-dominated, it is going to be a pattern until we get down to accountability and I think accountability goes beyond losing a job or firing somebody.”

Despite making up 13.4% of the population, Black individuals make up only 5% of all lawyers in the United States, and that percentage has not increased in the last decade.

Rujuta Nandgaonkar (LAW ’22) said it is unacceptable that Shapiro’s tweets pitted Asian Americans and Black Americans against one another.

“I unequivocally reject this division that he fomented, especially between my affiliated community and the Black community, but especially Black women,” Nandgaonkar said in an interview with The Hoya. “Our fellow staff members, our classmates, our colleagues fully deserve their places in our legal community, and that’s from Georgetown Law all the way to the Supreme Court.”

Division between communities of color harms the fight for racial justice by perpetuating the incorrect belief that systematic racism can be overcome by individual effort, especially the effort of one group over another.

The National Black Law Students Association (NBLSA) stands in solidarity with the Georgetown BLSA, according to a statement written by NBLSA National Chair Simone Yhap and Vice-Chair Richard Garzola.

“Mr. Ilya Shapiro’s abhorrent tweets regarding Black women being ‘lesser’ were not only denigrating, but also a direct reflection of the ingrained racism within the legal profession,” the statement to The Hoya reads.

The university’s inadequate response to Shapiro’s tweets makes it difficult for Shropshire to trust that GULC will be a good experience for other aspiring lawyers.

“When I’m talking to other prospective Black law students, it’s really difficult to encourage them to come to the school that I attend because of these egregious comments that are made about Black people,” Shropshire said. “It’s hard for me to encourage Black people to put themselves in a situation that could cause them emotional trauma.”

The university must rescind Shapiro’s employment offer, according to Shropshire.

“If they let him skate by considering the circumstances, that sends a message to students, to professors, to the general public of what the university is going to tolerate and that they would essentially be sweeping racism under the rug,” Shropshire said. “I can’t defend that.”