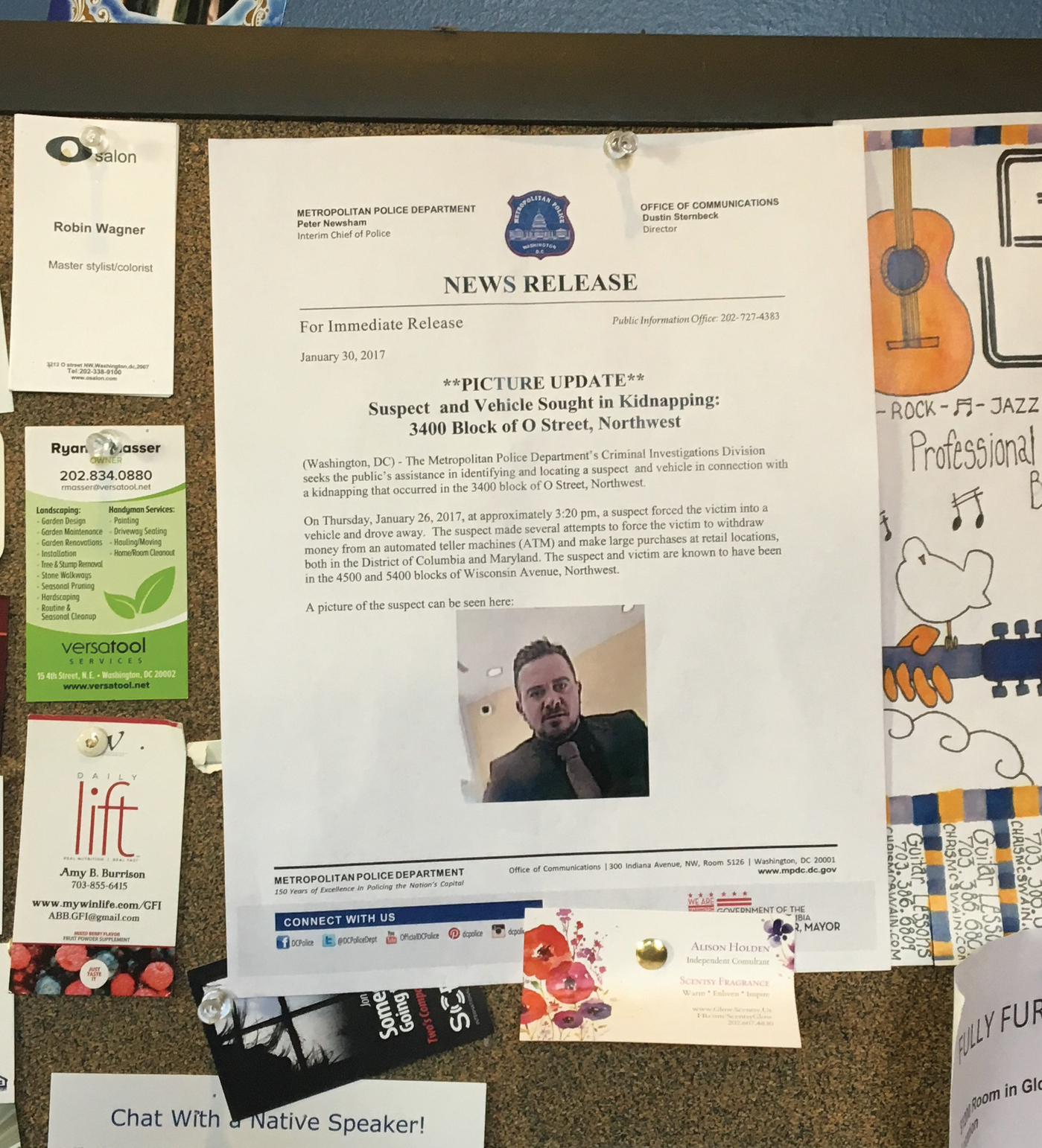 For about 20 hours, the Georgetown community was unaware that a student had been kidnapped Jan. 26 due to a communication lapse between the Washington, D.C. Metropolitan Police and the Georgetown University Police Department.

Although the kidnapping reportedly occurred about three blocks from the front gates of Georgetown — outside Saxby’s coffee shop — MPD did not notify GUPD, as the crime did not occur on campus.

According to the MPD police report on the incident, the Georgetown student was walking along  the 3400 block of O Steet when an unarmed suspect forced the student into a light gray or silver SUV. The suspect then drove the victim to several stores and ATMs and tried to force the victim to withdraw money or make large purchases, according to the victim’s account. The victim was released unharmed.

The incident took place at about 3:20 p.m. on Thursday and was reported to MPD later that afternoon.

In an email to The Hoya, GUPD Chief of Police Jay Gruber said MPD never informed campus police of the kidnapping and GUPD heard about it late the following morning from a university staff member who had spoken with the victim.

“The Georgetown University Police Department has always shared a strong partnership and open communication with the Metropolitan Police Department, especially the Second District leadership,” Gruber wrote. “While we understand that a case such as the reported kidnapping involves a number of MPD units and personnel, which can slow the dissemination of information, GUPD reiterated its request for timely notifications. In this particular case, MPD failed to notify GUPD of this crime.”

After campus police learned of the kidnapping Friday morning, they worked to confirm details and sent out a Public Safety Alert, via email and text message, to the campus community by early afternoon.

MPD spokesperson Karimah Bilal wrote in an email to The Hoya that D.C. police are not required by law to notify campus police of crimes that occur off campus and do not represent a safety threat to the university. Bilal did not acknowledge wrongdoing on behalf of the department.

“MPD has followed the proper protocol for notifying District residents of this incident,” Bilal wrote. “Based on circumstances of the offense not occurring on campus nor being within a certain proximity, MPD was not required to contact the Georgetown University Police Department.”

In response, Gruber maintained that his department should have been informed of the nearby kidnapping.

“I really have nothing to say about Mr. Bilal’s statement,” Gruber wrote. “I strongly feel GUPD should have been notified in order to alert and better protect our community and, in fact, we were not.”

Georgetown University Student Association President Enushe Khan (MSB ’17) said the fact that MPD did not violate any formal law may be part of the problem.

“There is clearly some chaos when it comes to GUPD and MPD’s relationship,” Khan said. “For something involving a Georgetown student, the fact that we were not immediately notified is very concerning. There needs to be a written form agreement on MPD notifying the university of any incident within a certain radius of our campus, especially when it is pertaining to a student.”

Media Relations Manager Ryan King wrote in an email to The Hoya that the university has a positive and improving relationship with D.C. police.

“We have a strong relationship with MPD and are in regular communication to continually strengthen it. In addition, when images of the suspect became available we notified our community of this new information along with a reminder of safety tips,” King wrote.

The principal and headmaster of Georgetown Visitation Mary Kate Blaine did not immediately respond to requests for comment, but an administrative assistant confirmed the school also had not been directly contacted by MPD.

Winslow added the school was never directly contacted about the kidnapping but later received word from three Georgetown University sources. Winslow said Holy Trinity maintains a strong relationship with MPD but echoed Gruber’s call for direct notifications in the future.

“It certainly would be appropriate for them to contact us directly,” Winslow said. “In the future that would be nice.”