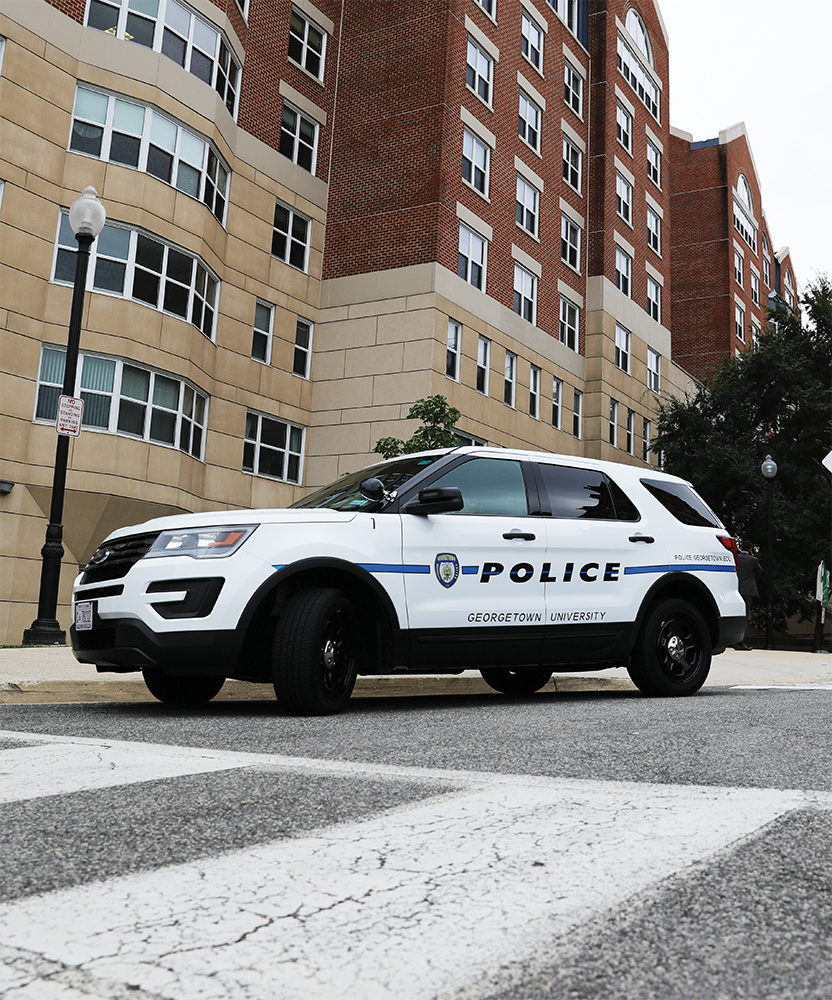 GUPD received $10,218.38 in security fees from seven student groups funded through the Student Activities Commission — a club advisory board that allocates funding to over 110 student organizations — for police services at campus events between July 1, 2017 and the end of the fall 2017 semester.

Georgetown administrators maintain that the policy reflects the importance of security to ensure a safe campus and that security fees are not a barrier to groups seeking to host events.

The majority of the budget SAC distributes to student groups, in excess of $325,000, comes from the Student Activity Fee, an $80-per-semester fee paid by students. The commission allocates this funding to student groups through a semesterly budget summit, while also reserving about $150,000 to cover ad hoc requests from student groups who must cover new costs. When a student group requests SAC funds for an event requiring GUPD security, the money comes from the ad hoc reserve from the Student Activity Fee, according to former SAC Chair Ricardo Mondolfi (SFS ’19).

GUPD security fees are therefore a misappropriation of the Student Activity Fee funds because these funds are meant to be spent entirely on students, their events and programming, Mondolfi said.

“The agreement that was reached was that it [the Student Activity Fee] is managed, distributed and spent by students — theoretically on students,” Mondolfi said. “This is money that is from students, supposedly for students, going into the university’s hands.”

Security costs have risen in recent years because of GUPD policy changes. About three years ago, GUPD implemented stricter guidelines requiring clubs to hire an officer to secure events with high expected attendance, or any event deemed to need security at the department’s discretion.

The typical rate for GUPD security is $50.75 per hour for one officer. Event organizers are typically required to hire one officer per 75 attendees, according to GUPD policy, and must hire officers for at least four hours regardless of the length of the event — making $203 the minimum security fee for a single event with high expected attendance.

The newer, more rigorous protocols, which apply to both student and administrative group events, are in response to “world, regional and local events,” according to GUPD’s website.

Erika Cohen Derr, assistant dean for student engagement, said the university’s “top priority is the safety and security of our community.”

The Center for Student Engagement includes information during student leader training sessions on how to effectively plan for the year, Cohen Derr said. The CSE also helps clubs pay for security when necessary.

“You have to wonder, ‘What else could that have gone to?’” Navarro said in an interview with The Hoya. “It’s a big source of frustration for us.”

Mondolfi said progress has been made on providing free or inexpensive event spaces for students. For example, spaces in the Healey Family Student Center are free to rent for student groups.

But a lack of engagement on the issue between GUPD, administration and students has led to “astronomical” security costs, Navarro said.

Since the Georgetown University Student Association senate passed a resolution unanimously expressing concerns about the security costs in April 2017, Mondolfi and Hunter Estes (SFS ’19), a former GUSA senator who introduced the resolution, said the administration, GUPD and student leaders have had little discussion about this issue.

While Estes met with GUPD for a preliminary conversation last spring and Mondolfi met with Cohen Derr in the fall to discuss security costs, little concrete action has been taken. GUPD has not worked with the administration to evaluate alternate funding sources for event security, according to GUPD Chief Jay Gruber.

“To date the issue of having the University fund GUPD to staff these events has not been discussed,” Gruber wrote in an email to The Hoya.

Estes also questioned GUPD’s discretion to determine whether an event requires their security and how much the service would cost. Generally, Mondolfi and Gruber both said, a student group is aware if their event will require security and submits an event security request to GUPD. However, the GUPD can ultimately decide whether an event needs security.

“We occasionally reach out to a group hosting an event if they have not notified us,” Gruber wrote in an email to The Hoya.

Estes said he is concerned this policy could deter student groups from hosting events that engage with controversial topics.

“They make very clear in their policy statement online that they reserve full authority to send GUPD officers to any event that they deem of a controversial nature, a controversial topic or anything that could elicit some kind of protest,” Estes said in an interview with The Hoya. “There are a million topics that we should be discussing that, at any given time, could be deemed controversial.”

While Estes also noted he supports security measures, he said student input must be included in future policies and the four-hour minimum for hiring GUPD officers must be re-evaluated.

“No student events, besides conferences, are running for four hours,” Estes said. “You have these hour-long speaking events and they automatically get charged four hours.”

Both Mondolfi and Navarro stressed the complexity for SAC that unpredictable GUPD security costs create.

“We have no way to estimate what their costs will be for events,” Navarro said. GUPD determines the number of officers required to be at events and the length of time for which they are hired , which makes it difficult to properly account for security costs.

SAC-funded groups are not the only student organizations that struggle with GUPD security costs. The Georgetown University Lecture Fund, which often hosts prominent speakers who draw large crowds, has been met with setbacks when trying to meet security costs, according to former Lecture Fund Chair Aiden Johnson (COL ’19).

“In an effort to fund the vital assistance that GUPD provides to our events, the Lecture Fund has often had to allocate significant portions of our budget or appeal to various administrative departments to cover those costs,” Johnson wrote in an email to The Hoya.

Eleven Lecture Fund events have required GUPD security since spring 2016, according to Lecture Fund Chair Nicole Heitsenrether (SFS ’19). She said that the Lecture Fund has been able to receive assistance from the administration with GUPD fees.

“The Lecture Fund wants to acknowledge the help and support that both the administration and GUPD have given us, while also recognizing that security costs are a burden that many other student groups face,” Heitsenrether wrote in an email to The Hoya.

Regardless of what steps are taken next, Mondolfi said he does not believe raising the student activity fee is the solution.

“We could use more money for clubs,” Mondolfi said. “Instead of taxing ourselves more, we should find ways to make our current budget more efficient and I think this is one.”

Johnson said leaders of the Lecture Fund hope to work with involved parties to use the student activity fee appropriately.

“We look forward to participating in any upcoming dialogue between student groups, the administration, and the GUPD to find a solution that both equitably and responsibly uses student funds while also respecting GUPD’s financial and logistical needs,” Johnson wrote in an email to The Hoya.

While working with the administration, GUPD and students to find a compromise will take time, Mondolfi said it is a worthwhile effort.

“Even if we fix this today, this wouldn’t kick in until fiscal year ’20,” he said. “But I think we should start.”