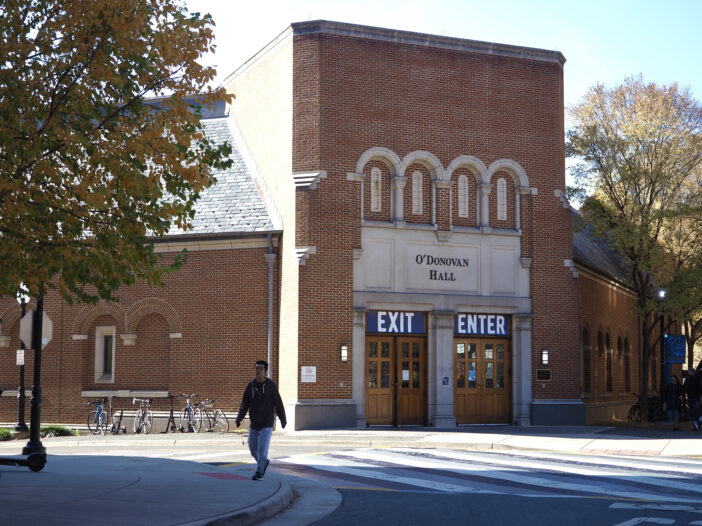 Students will be able to provide feedback on dining policies at Georgetown University following the launch of a dining policy working group on campus.

The Georgetown University Student Association (GUSA) and Hoya Hospitality launched Engage IQ, an interview process led by Katie Davis, vice president of operations for Hoya Hospitality, to gather and incorporate student opinions into dining policies. Student participants in Engage IQ will include GUSA members and chosen student representatives. The working group will meet through virtual discussion sessions to provide feedback and opinions about their dining experiences in general.

“The initiative was, as far as our discussions with administrators went, focused on Georgetown University’s goals and cultures with a focus on identifying the best food-forward experience for our campus,” Leonard said in a Zoom interview with The Hoya. “It’s going to include client engagement through stakeholder interviews, as well as market and consumer insights gained through campus surveys.”

GUSA will choose between six and eight student participants who are representative of the university’s larger student body, including athletes and members of Georgetown Scholars Program, which provides support for first-generation and low-income students at Georgetown, so that all students’ opinions are accounted for, according to Leonard.

During the fall 2021 semester, students expressed concerns about food safety following an outbreak of norovirus, a highly contagious gastrointestinal virus that spreads through direct contact or contaminated food and water. The virus infected at least 145 students on campus. Students also opposed the change in university policy requiring all students to enroll in a meal plan as of fall 2021.

Engage IQ marks a shift toward the university taking student opinions into account when it comes to dining policy, according to Leonard.

“I think it’s absolutely a step in the right direction,” Leonard said. “I think I would even venture into saying it’s a jump in the right direction for the university to really not only put dining reform on the forefront of their priorities as far as moving the university forward but also making sure that students have a position in those conversations and that they’re a stakeholder.”

According to Davis, Engage IQ will take advantage of the opportunity to reexamine dining services at Georgetown amid and after the impacts of the COVID-19 pandemic.

“The pandemic has made us all look at dining and food with a new lens, and we hope to apply the nimbleness and innovation we have developed to the future Georgetown campus dining,” Davis wrote in an email to The Hoya. “Engage IQ is coming at a perfect time, allowing us to reflect on the here and now, as well as fuel excitement for what is to come at Georgetown.”

In conjunction with Engage IQ, the administration hopes to establish a formal dining committee devoted to collecting student feedback when the public health conditions improve, according to Marc Fournier, vice president of auxiliary services and real estate at Georgetown University.

“In the past, there was a formal dining committee on campus but the participation wasn’t very good. The team pivoted to a ‘food and feedback’ forum that was better attended,” Fournier wrote in an email obtained by The Hoya. “To be honest, the challenges of the day have impacted that opportunity. That said, perhaps we can discuss something in the interim for next semester until things get back to normal and decide on a formal committee or more of a forum strategy.”

While Engage IQ will be in operation for the next five to seven years, GUSA will also continue with its own efforts to push for improvements to student dining, according to GUSA Senate Vice Speaker Rowlie Flores (COL ’22).

“Even with this working group, you’re going to see dining kind of intersect with our plan for socioeconomic advocacy, so it’s something that is going to still be in the background but we want to make sure that students that are actually nominated and have a chance to advocate for themselves too,” Flores said in a Zoom interview with The Hoya. “We’re not going to just abandon dining as an issue.”

Engage IQ will only enhance the work that GUSA is already doing with regards to university dining policies, Leonard said.

“I think Engage IQ is going to be great because it’s going to supplement a lot of the work that GUSA is doing already because they’re getting so many more perspectives and diverse student opinions outside of the GUSA space,” Leonard said. “Of course, GUSA is very much meant to encapsulate the student need, but GUSA will never be able to fully represent all stakeholders at the school, which is why external engagement is so important on that front.”

According to Leonard, active engagement from students is crucial for Engage IQ to be successful and ultimately make changes to university dining policy.