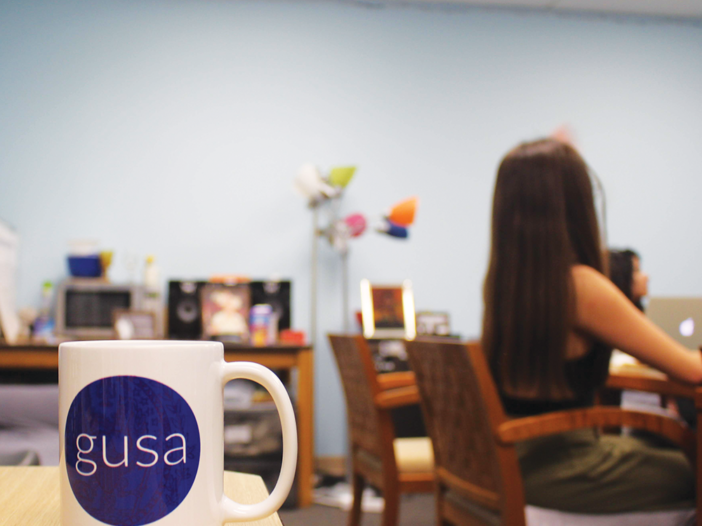 More than a dozen clubs have signed a letter criticizing a cut to student activities funding, worrying the money squeeze will derail event planning and stymie club activity.

The Georgetown University Student Association Finance and Appropriations Committee approved a $51,048 slash to the Student Activities Commission in its latest budget proposal released March 5. The decision marks a 16.8% decrease in funding for SAC, which is responsible for allocating money to over 110 student organizations.

Hundreds of students depend on SAC’s funding for their extracurricular involvements on campus, the petition reads. The funding cuts will decrease club engagement and accessibility, according to the petition.

“Cutting funding to SAC would cause significant harm to the students who engage with the Georgetown community through our organizations,” the petition reads. “Having sufficient SAC funding is also critical to ensure equitable access to our clubs’ activities for students across all socioeconomic backgrounds.”

FinApp is tasked each year with distributing funds from the Student Activities Fee, an $84 semesterly fee paid by students, between the Georgetown Program Board, the Georgetown Lecture Fund, the GUSA Executive and seven student group advisory boards. Members of FinApp deliberated over money allocation and passed a budget proposal at GUSA’s annual budget summit Feb. 29. Boards and student groups were granted the opportunity to lobby for funding at the summit. These groups can appeal for changes to the draft budget March 16.

The SAC budget change will significantly constrain club programming, according to Jaylan Smith (SFS ’20), chair of the International Relations Club.

“The IRC specifically has a lot of really expensive events. Travel is a huge part of our budget, and we really rely on SAC to help us out with that,” Smith said in an interview with The Hoya. “And so that hurts our way to build the best inclusive Model UN team in the world, and it’s something that we’re really proud of having been able to do as a result of SAC.”

IRC Chief of Staff Alexander Chen (COL ’22) circulated a petition on social media Monday advocating for a $10 increase in the Student Activities Fee to offset the budget cut.

SAC is one of the seven advisory boards, which are responsible for doling out money to individual clubs. The other advisory boards include the Performing Arts Advisory Council, Media Board, the Center for Social Justice Research, Teaching and Service, the Campus Ministry Student Forum and club sports. GPB and club sports received boosts in funding while the CSJ and Media Board faced 17% cuts from the previous year, according to the finalized FinApp draft budget.

FinApp was hesitant to funnel more money into SAC because of the board’s history of mismanagement and poor transparency, according to GUSA Senator and FinApp member Peter Hamilton (COL ’20).

“We’ve been working with SAC to determine the process of moving forward and to address this because part of it is funding and part of it is SAC has had some flaws in terms of its financial practices, and it’s not fully fiscally responsible to fund a body that is going to waste that money,” Hamilton said in an interview with The Hoya.

FinApp’s attempts to reform SAC are inadvertently damaging the student organizations they are meant to be benefiting, according to Smith.

“I don’t think that that’s really fair to the students — I think that’s punishing the students to punish SAC, which I don’t think is the right way to frame that conversation,” Smith said. “I think there are a lot of ways to fix SAC’s problems and increase oversight transparency in a way that doesn’t disproportionately affect a large majority of the students who are a part of the clubs that make up Georgetown.”

SAC is collaborating with FinApp to address student concerns and introduce structural changes, according to SAC Chair Jake Menz (COL ’22).

“We on SAC know that FinApp’s current allocation will prevent us from sustaining the groups that we oversee, groups that are critical to student life here at Georgetown,” Menz wrote in an email to The Hoya. “We are looking forward to going through the appeals process that FinApp is laying out for us, and we are hoping to work closely with FinApp to suit the needs of the students we oversee.”

The implementation of the SEF has disproportionately dented SAC funding, according to GUSA President Nicolo Ferretti (SFS ’21).

“The Student Empowerment Fund is $50,000 out of FinApp’s appropriations. SAC is carrying all of that. It is the one that took all $50,000 of the hit,” Ferretti said in an interview with The Hoya. “It needs to be a little more evenly split between each advisory board.”

The SEF, which received support from all three GUSA executive candidates in the latest election, passed by referendum in early February with 68.18% of students voting in favor.

“There are a small number of clubs within SAC that do request more money than they need and they use it wastefully. But that being said, it is a small number,” Ferretti said. “Almost everybody on campus is in some way involved with a SAC group, and that cut is really unreasonable considering that.”