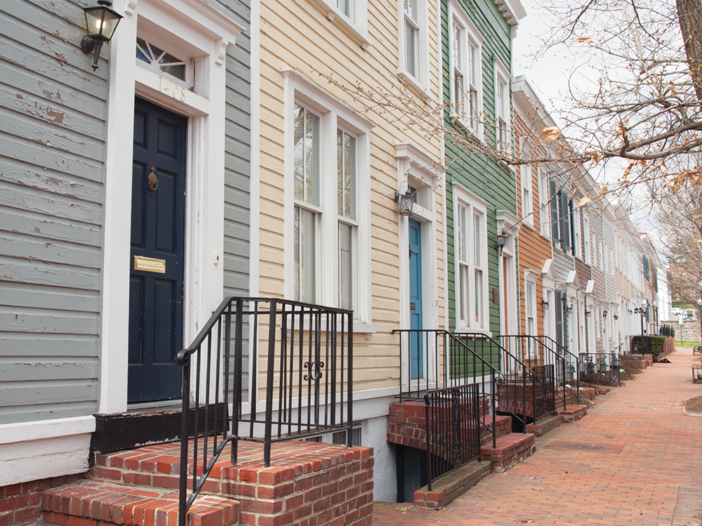 The statement comes after a university announcement in mid-April disclosed increased housing costs for the summer term, which lasts from June 6 to Aug. 14. Students will have to pay $4,485 for on-campus housing this summer, a multi-thousand dollar increase from the discounted summer 2020 rate of $1,500.

According to the statement, students have reported the university has provided limited aid for the summer term, leaving many struggling to pay for summer housing.

The university must better support its students who require on-campus housing amid the COVID-19 pandemic, according to GUSA Senator Rowlie Flores (COL ’22), who helped draft the statement.

“To some students not experiencing housing instability, our demands may seem ambitious, but after a year of mental exhaustion and financial manipulation, low-income students need all the resources and help that they deserve,” Flores wrote in an email to The Hoya.

For many low-income students, off-campus housing is not an option because of the high cost of rent in Washington, D.C., according to GUSA Senator Dominic Gordon (SFS ’24), who co-sponsored the statement.

“Housing is extraordinarily expensive in the D.C. area,” Gordon wrote in an email to The Hoya. “It’s impossible to assume that low income marginalized groups that cannot be at their homes can possibly afford to pay for D.C. housing.”

Students currently living on campus who were approved for spring stability housing can continue to live on campus during the summer, according to a university email. Students who received stability housing were approved through the Housing Stability Application process, which determines students’ eligibility for university housing based on students’ experience with housing or food insecurity, high financial need or extraordinary living circumstances.

Although the university offered a discounted rate for summer housing last year, rates in past years have been similar to the costs implemented this summer.

The university is in the process of addressing the financial need of students who rely on summer stability housing but are not enrolled in classes, according to a university spokesperson.

“We appreciate GUSA’s advocacy on behalf of students adversely affected by the pandemic, and the continued health and safety of our students is a top priority,” a university spokesperson wrote in an email to The Hoya. “Administrators in the offices of Residential Living, Student Affairs, and Student Financial Services are working to determine how to assist those students who won’t be enrolled in classes this summer, but who need help meeting the costs of housing, food and other expenses during the period after their Spring term ends and before their Fall term begins.”

GUSA Senate Speaker Melanie Cruz-Morales (COL ’22), who also helped write the statement, said her housing situation was impacted by the raised housing costs and many other students who have had their voices ignored by the university have also been affected by the change.

“There’s currently a lot of students who have literally nowhere to go and you need to grasp the reality of that deafness,” Cruz-Morales said to senators at a GUSA meeting Sunday. “My housing situation itself is extremely complex right now and so honestly this is a very ignored community, often in this space, in this environment at Georgetown.”

“Right now the University is, albeit unintentionally, engineering a homelessness crisis among their most marginalized students. Many are being asked to go back to abusive families and other toxic living situations, and that reality should be unacceptable to administrators,” the statement reads. “The only way forward is for the University to grant free summer and transition housing to any students who have been approved for stability housing and need it.”

Until the university addresses the costs of summer stability housing, students will continue to face uncertainty about their housing and financial situations, according to GUSA Senator Eric Perez (COL ’23).

“It’s up to the University to step in and provide free, safe housing for these students this summer, this is a full fledged homelessness crisis being instigated by the University, and they should take their responsibility to us more seriously,” Perez wrote in an email to The Hoya.